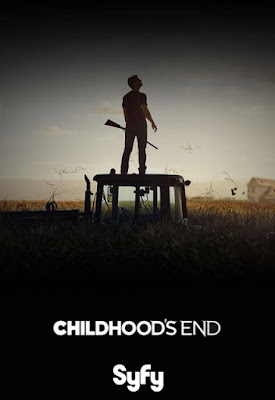 Childhood’s End is one of the most important science fiction novels ever published, yet it has remained off the screen, big or small, for more than sixty years.

Written by science fiction visionary Arthur C. Clarke (“2001: A Space Odyssey”), Childhood’s End follows a peaceful alien invasion of Earth that eliminates all war, disease and poverty… but with a hidden cost. The novel has influenced nearly every major alien invasion story since its publication in 1953, including television series like V and blockbuster films such as Independence Day.

Syfy is proud to bring this incredible story to life in a three night, six hour television event airing Monday, December 14 to Wednesday, December 16, from 8-10PM ET/PT each night.

Starring Charles Dance (Game of Thrones), Mike Vogel (Under The Dome), Daisy Betts (The Player), Yael Stone (Orange Is the New Black), Julian McMahon (Nip/Tuck), Osy Ikhile (The Fear) and Colm Meaney (Star Trek: The Next Generation),Childhood’s End challenges audiences to determine the true meaning of Utopia and, in turn, hold up a mirror to our own humanity. 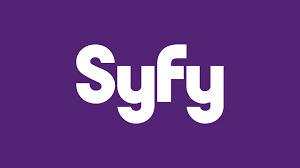 Syfy proudly presents the debut of the most ambitious series in its history, the highly-anticipated drama The Expanse, premiering Monday, December 14 at 10PM ET/PT (episode one) and Tuesday, December 15 at 10PM ET/PT(episode two). The series will then regularly air Tuesdays at 10PM ET/PT for the remainder of its 10-hour season.

Preceding its debut on Syfy, The Expanse will launch its first episode on VOD and online on Monday, November 23.

An epic drama series based on the bestselling book series of the same name, The Expanse is set 200 years in the future after mankind has colonized space. The case of a missing young woman leads a hardened detective and a rogue ship’s captain across the solar system that will uncover the greatest conspiracy in human history.

Syfy is rocking new content for your viewing
pleasure.