The Other Side of Ghost Investigations 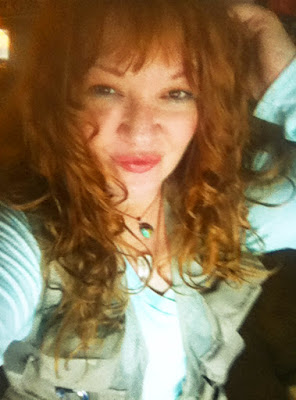 It's not always glamorous. In fact, it never is. It's tedious, exhausting, uncomfortable, boring as hell, and yet we keep doing it.

Here's the funny side of investigation -

I had a homeowner who said she would turn on the hall light and something would turn the switch down and turn it off. It wasn't just a one-time aberration, but happened all the time. She said, she could turn it on, head down the hallway and by the time she was at the end, the light was off.

I checked the switch. It wasn't loose and the light switch didn't stop short of being on and toggle itself back. So, I continued to talk to her about the issues when out of the corner of my eye, I saw a movement.

The family cat raced down the hall, leaped up, turned the light off.

That's the more unique and fun incidents, but sometimes the hardest part of investigating is cleaning up the mess made by other teams.

Here's some of the dark side of investigation -

I've seen some pretty seedy things in the world of paranormal investigation and as an ethical investigator, I have been called upon to shed some light and reason.

One team used the homeowner's young child as bait to instigate the spirits to come, taunting, calling out and daring them to mess with the kid who sat alone in a chair in the middle of the room.

Another team charged for cleansings, blessings, amulets and had a price sheet to present to each homeowner (because - you can guess it - every house was haunted).

Another team referred the homeowners to a psychic medium who could dispatch spirits for a charge. Then, the medium paid them a cut for the referral.

Some teams stir up stuff by declaring homeowners in danger, children possessed and demons coming through portals. They get the homeowners super upset (remember the show "Paranormal State" or as I liked to call it "Paranoid State"?) They leave homeowners a terrified mess and walk away.

Rules for investigators:
Do not expect every place to be haunted.
Do not expect every homeowner to be truthful or sane because sometimes the issues have nothing to do with ghosts and everything to do with attention-seeking behavior.
Do not make this a money-making business.
Accept that nothing you do will ever give you a TV show.
Never declare absolutes about what is going on in a house.


Some things about investigation startle you and you have to have, not just quick reflexes, but the ability to make game changes mid game. Adaptability is key.

Here's an example of the adaptive side of investigating -

While on an investigation in an all-male work place where men built things in a shop and had calendars of half-naked women on the walls, I decided when we went in as pairs to do EVP sessions, I would take an antagonizing bend. I concentrated the whole time on how awful men were, what dogs they are, yada, yada, yada. I felt a sting on my shin. I knew something was up. I nodded to my partner to watch me uncover the leg. I lifted the jeans with fingers holding the inseam and the outer seam away from the sting. I lifted it and showed 3 scratch marks in a row.

My partner thought we should leave, but it was just scratches and if I left, I would have no proof if it was a fluke or in reaction to my thoughts. I dropped the pant leg and nodded to continue asking questions and I continued my dark thoughts.

Within a few minutes, more stinging. I once again stopped, nodded, lifted the jeans by the seams and showed 3 more scratches just above the other three. These were starting to bleed ever so lightly.

I was excited. I just showed it wasn't a fluke. I was so glad I stayed. Yes, the scratches hurt, felt like jellyfish stings, but my son's dog scratches much worse when she jumps on me.

Sometimes, you have to be willing to slow down and observe rather than run. It can only hurt you as much as you think it can hurt you. If you run, you feed your belief that your life is threatened.

Having your head on right, separating being startled from being threatened, and always being ready to rig experiments and test things while they are happening, are all signs of good investigating. 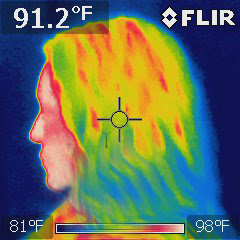 There is more to investigations than just sitting and talking to four walls or reviewing hours of recordings. It begins with first contact with a homeowner and all the way through to followup. In between, however, there is a lot of counseling, problem-solving, and patience beyond belief.

And some of us see it as rewarding enough to be doing it for decades....