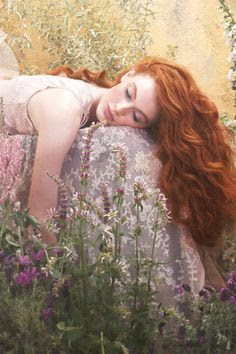 It happens when you sleep. You enter a macabre world of dream state, encounters, confusion, terror, arousal, and interrupted themes.

Sleep states are amazing when you think about it. We purposely lay down, close our eyes, and our body goes into a kind of paralysis, deep sleep, dream state, semi-awake states, walking, talking, with images of people we do and don't know, animals talking, clouds raining sparkles, planes crashing to earth, and then we wake up and continue our day as if we didn't just lay down for several hours and have an alternate reality. As humans, a third of our life is spent in this state of suspended animation while our minds are spitting out images, sensory overload, emotional situations, and even...some very macabre things.

Alien encounters, speaking with the dead, premontion dreams, and astral projection are just some of the macabre things that happen while we sleep.

Many things affect your dream state; medication change, degree of tiredness, lighting, changing seasons/temperatures, geomagnetic storms, someone being there or not being there, pain, illness, and your mind and spirit's overall obsessions at the time.  Anything that alters sleep stage length and efficacy can affect dreams and what you recall, as well. Dreams that one awakens from are often most recalled. For more info on sleep stages and how they are affected go to THIS LINK.

Let's talk about particularly unusual things that happen in sleep. Many researchers call them "parasomnia" issues, or things outside of the usual sleep patterns, but honestly all things are possible in sleep state, it is a most amazing dance of chemistry (release of melatonin instigated by the pineal gland) to electrical excitation and relaxation, depending on the sleep phase. Here are some things of a "para" nature that can occur in sleep:

Incubus and succubus, wet dreams, highly sexual dreams, sleep sex. This can happen to anyone, but researchers have found that those trying to suppress something too much while waking, might act it out in sleep when they cannot consciously tamp it down with diverting distraction.

This kind of arousal can happen a couple hours into sleep or in the morning hours. One of the more vulnerable times to get arousal is during switching times between sleep stages. Some factors that might affect it include alcohol, drugs, being overly tired, and having psychological stress.

Learn more about sex sleep at THIS LINK.


Dreams and their meaning

There are whole careers based on analyzing dreams and their meaning. I have found that many factors affect the plot line, from what you read, watched, or encountered before bedtime, to people who you utilize as characters to represent things, like Uncle Ted is a bully so when you have a bully in a dream, you insert Uncle Ted.

All of the analysis of plot and characters aside, consider theme and your reactions to the plot and then you get to the meat of dreaming.

A plot is played out for you that reflects your waking state. When I am being overly responsible, my theme might be end of world and me directing lost people to organize and survive. This theme replays a daytime feeling I have of having to handle everything on my own.

Next, I look at my reaction to the plot line - how am I handling this theme? In my dreams, I am emotionless, simply trying to be strong and make us survive and get others to calm down. This shows a high degree of efficacy and security in my daytime life that I am handling things. Should I be having an end of world dream and having to lead but being confused making decisions, that might show that I am in a level of responsibility in my life in which I feel in over my head.

For more on dream analysis, check THIS LINK.


Communicating with the Dead

This most often happens soon after the passing of someone or at the moment of passing. You are falling asleep or waking up and there is the deceased loved one at the foot of your bed. A message is communicated. Then, they are gone.

Sometimes we dream of  the dead, but in our dreams, something is slightly off, as we know they should be dead and can't figure out why they are there, we have to explain to them that they passed on, or we are a child again in our childhood home encountering them.

For more information in this subject, go to THIS LINK.

Upon occasion, I spontaneously astral project in sleep. For me, I become conscious of it when I feel as if every cell in my body is oscillating like billions of hummingbird wings. It is a very odd feeling. It does this when I exit and when I re-enter.

We think we are just sleeping, but for some of us, the spirit can take flight. I have visited other countries and people I have never met other than to know them online. I came back exhausted, with enormous details of street names, places, events, layout of buildings and more.

Astral projection is the reported ability of the spirit to disengage from the body and travel.

For more info on this subject, go to THIS LINK.

The majority of time, encounters with aliens occur during sleep time. Researchers believe it's a situation of sleep paralysis when the sleeper begins to awaken the mind, but not the body; they are alert, still dreaming, and cannot move. Paralysis during sleep is important so we don't act out our dreams and so our body stays still and gets deep rest, but shifting sleep stages can cause crossover, eyes open and dreaming, sleep walking and talking, paralysis with alertness - all creating terror.

Many who have experienced alien encounters (myself included) will ask why we are seeing the same beings, having full sensory encounters and moving around. I sat up in my bed and swung my legs over, not only had a connection with their thoughts, but saw them leave in an unusual red-orange light, scent of ozone, and temperature change. My first encounter in the 1960s was long before there were any images of aliens on the television, other than the insect creatures of 1950s scifi movies.

Another genuine aspect of the encounters is the life-changing effect. Many of us have exceptional dreams, night terrors, and the like, but they do not change our overall belief system, relationship with self and universe, or make us feel we have a mission.

To learn more about encounters, go to THIS LINK.

Premonition dreams are very common and sometimes quite unsettling. My first ones were in my teens, at least the first ones I noticed were premonitions. These dreams involved earthquakes, plane crashes, disasters and the like.

The Aloha Air flight disaster in the 1980s was my first one I noted was a premonition when the next day it was announced and lined up with the dream in which I was flying without a plane, just flying in the air to the side of the plane on the co-pilot's side, a distance away and slightly back from the plane, when a hole blasted out of it behind the co-pilot's area and a female flight attendant was sucked through the hole into the air. I was horrified and awakened in a sweat.

Other times, I have seen 9-11, drownings, earthquakes, tsunamis and tons of plane and helicopter crashes. I am always an invisible witness. On the plane ones, I am a passenger, but no one hears or sees me. I know I am there to witness what is about to happen. I hate to fly to this day for the simple reason that I see what it's like to go down with a plane in so many ways.

Our ability to communicate with the dead, aliens, visit other places ethereally and predict the future reveals a certain fluidity in the universe that we are unable to encounter with waking brain waves. This might be why DMT, peyote, LSD, and vision quests have long been sought by man, to bring us back to the greater truth about existence.

Why are we sometimes able to do these things in sleep and other times not? Many factors could be at play including medications, geomagnetic storms, change in season or temperature, another present or not present in the bed, stress, and some of the as of yet unexplained circadian rhythms of PSI abilities.

More info:
A fascinating article on whether aliens are real or part of dark lucid dreaming (LINK)