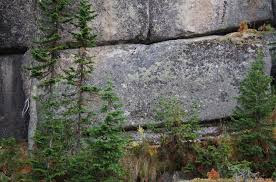 Siberia is full of beauty, strong people, amazing ancient finds and many mysteries. The severe climate has held much in the permafrost and the sparse population and rough conditions in the mountains leave much hidden from our study. This super megalithic structure was found in the mountains in Siberia in 2013. The blocks are estimated to weigh between 2000 and 3000 TONS! 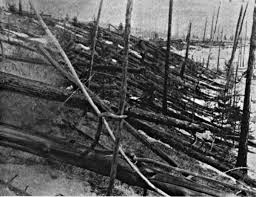 This 1908 event is still talked about today and debated. A large explosion occurred and 770 square miles of forest were blasted away. Common theory is a meteor that blew up above the ground. 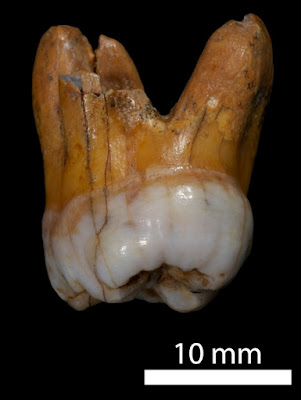 In 2008 in a Siberian cave, a discovery was made that was of enormous significance; another ancient man that DNA studies shows that they had bred with us Homo sapiens sapiens like the Neanderthal had. A couple huge molars and a finger bone were found. 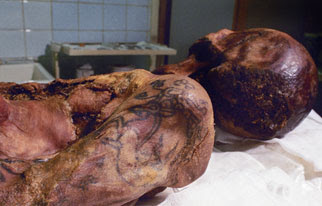 Siberian Ice Maiden "Altay Princess": From 5th century BC, this mummified lady was found in a subterranean burial chamber. This tomb was on the border of China. She was buried with food and with her horses, facing east. Her skin still showed tattoos of deer shapes. She was buried in a beautiful gown and leggings and a 3-foot tall headdress, a fur, a mirror, and deer figurines. Interestingly, DNA testing proved her to not be of Asian descent as the Altai's in the area. For now, they are just calling her Samoyed, of Russian indigenous descent, but still no one has said if her DNA matches that potential lineage. 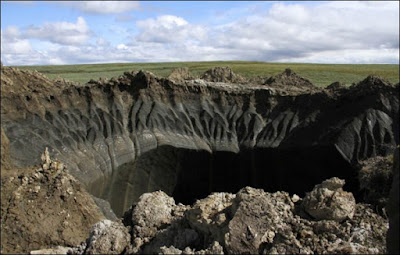 In 2014, a strange enormous hole developed in the permafrost in Siberia. Later, more of these huge holes were found. Many theories have abounded and the most popularly held being that they were formed by methane gas in the permafrost. National Geographic offered this possibility - A pingo, a plug of ice that forms near the surface over time and has a small mound or hill on top. When an ice plug melts rapidly — as many have been, thanks to unseasonably warm temperatures in Siberia over the past year — it can cause part of the ground to collapse, forming a crater. 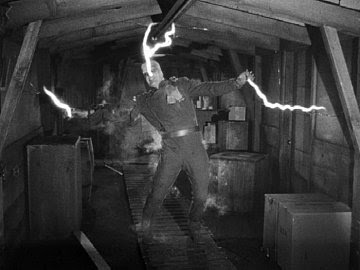 Some things must never be thawed out. A monster 30,000-year-old virus was found frozen in the tundra. It has been nicknamed the monster virus because its size compared to today's viruses is enormous. In fact, scientists could see it with just the light of the microscope on it. Many worry these viruses will be released when permafrost begins to thaw.... 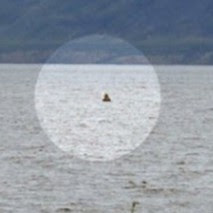 One of the coldest lakes in the world has been the focus of a supposed monster. In the 1950s, a Russian scientist described what he saw in the lake:  “…There was some kind of an animal…. As it approached, I grew overwhelmed by a strange consternation, freezing me inside. A dark grey oval bulk was seen in the water. On it were two symmetrical white spots, looking like eyes of an animal, and something like a stick poked out of it… Maybe a fin? We only saw a little part of the animal, but could guess a huge solid body under water. No doubt, that was a predator, one of the strongest in the world”.

Recently, a scientific team studied the lake to find a deep fissure within and inside of that, the skeletal remains of a large mammal with a huge jaw. Speculation has abounded that this might be the remains of the lake's monster, or one of them....

Siberia's version of Bigfoot is referred to as the Almasty. They are described as bipedal, hair covered, and not quite as tall as our North American Bigfoot, standing a mere 5-7 feet tall. 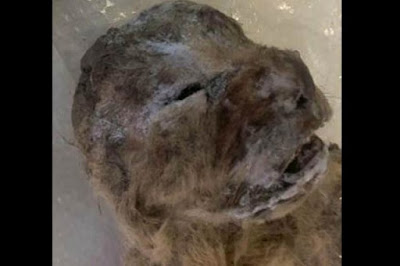 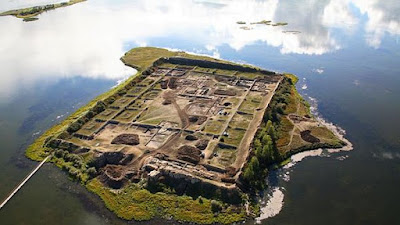 In the middle of a Siberian lake, an archaeological find exposed in the 1950s and 1960s continues to confound experts. They date to the mid 8th Century AD.  It seems to be built for some kind of defense.

More info:
Valley of Death
My post on Russian Mysteries