Into the Rabbit Hole - Discussion: The Stalker Between the Worlds 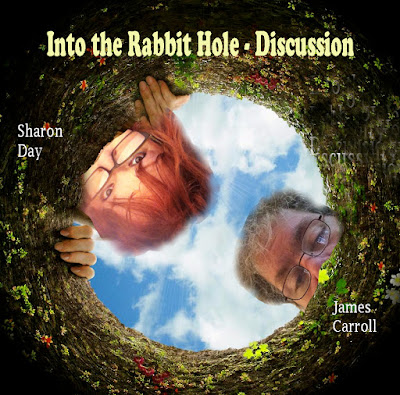 Today, James Carroll and I will discuss the ongoing mystery of the series on here called "Stalker Between the Worlds."

This series on GHT has involved a real-life man in a rural area in the South who takes a daily constitutional walk on his country roads he has known all his life. On these walks, he has run into some extraordinary and unexplained things that are both graphic and taunting and upon occasion, too close to home.

Me: I thought it was unusual how, at first, this Stalker was leaving intact spines without ribs - one potential possum spine and then 5 snake spines all articulated. Could be turkey vultures or other predator? 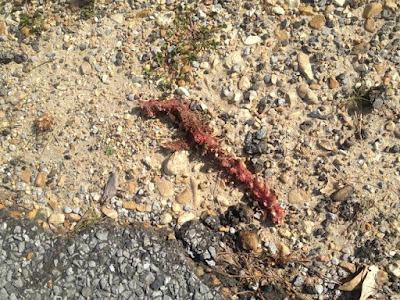 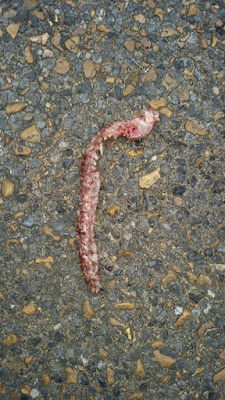 Seemed to leave everything in one particular area- near a quarry road that they had just reopened after decades of having it closed. Someone had pulled the quarry sign out of the ground too. But, when it left the two baby boars, I really sat up and took notice. It's the way it did it. It carried them by tail down the roadway and it's as if the dead baby boars fell off their tails. It dropped the tails in the road and then kept walking with them to the "hot spot" and tossed them. They were cut open and their guts strung from the bushes as they landed. But, it made no effort to eat them. Just tossed them there.... You gotta think anything that can carry them by their tails and toss them has to be using two hands, huh? 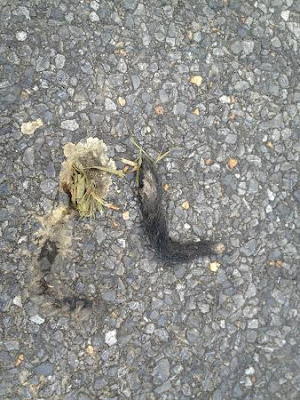 Jim: Think maybe it was done as a warning to not reopen the quarry? The events seem to be related.

Me:  Yeah, I could see that, but I have to wonder. If you wanted to warn someone about the quarry, you'd toss these maybe on the quarry road, not on the main roadway the quarry road feeds off of.

Sharon:  Well, it got a bit weirder after that. The boars were "removed" and then a deer skull and some rib bones were left nearby. They had a back and forth for some time, rearranging the bones for each other, the Walker and the Stalker. There seems to be, over the years, a pattern of leaving a body and once the Walker sees it, it is removed and replaced with bones.

Jim:  Maybe the reason why changed. Developing a relationship?

Sharon:  Yeah, interesting. So, we're talking about something intelligent?

Jim:  In a way yes but more primitive by our standards. It appears to be a visual or nonverbal type of communication. 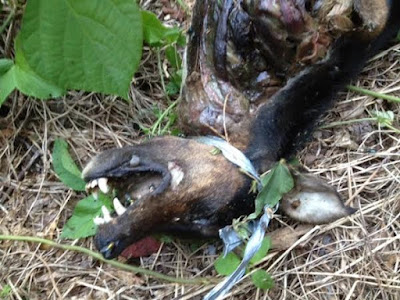 Sharon:  Yeah, seriously primitive. There was a period of time when it was strangling and killing dogs, leaving them with makeshift duct tape leashes and then replacing a dead dog with a pile of bones the next day. I think it was around that time the Walker was getting more than concerned for the strays in the area. Three neighbor dogs came back from the woods with an eye popped out but no other injuries. You would have to strangle them for that to happen with no injuries to the eye other than it dangling.

Jim:  Did it see the dog as a threat to Walker or as a simple communication?

Me:  Here's the thing. I have always believed it is killing threats to the Walker and even the Walker's dog that he sometimes takes on his daily walk. It killed 5 snakes, leaving their spines lined up. It killed stray dogs. It killed wild hogs. But, the Walker seems to think that kind of wild hog came from the swamp lands some miles away from his hill country.

Me: Hmm. We wondered because the hares that had their heads torn off were another swampland variety.

Jim:  Would you eat the head?

Me: I wondered about the heads. It always takes them as if it keeps the skulls.

There was a time that I had to wonder if this was a serial killer in the making. But they don't usually display their animal kills. And this guy seems to handle rotted and nasty carcasses, as well as utilizing items found. If he lived locally, he could use items from home, but this guy made the rope for the dog leashes out of duct tape that the Walker found in a trash can near an abandoned trailer.

Jim:  A lot of cultures and animals keep totems or trophies of sorts.

Me:  So, we are heading into intelligent human or human-like....

Me:  So, we have something/someone who lives ferally, kills but doesn't eat what it kills, leaves it out for another to find. As soon as the Walker sees it, it is removed. Sometimes it is replaced with bones. Then, there's the incidents at his house.... 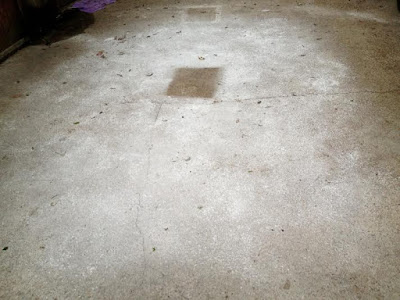 It had stolen the dog crate and took it to the woods. He brought it back and set it down with talc everywhere. It moved it again - no prints.  It broken into his shop and stole only the huge industrial magnet that holds the door open - about 7 feet up on the wall. Left the tools.

Jim:  We don't know that it doesn't eat stuff it kills. We do know it shares some of the stuff. If you eat a a carcass you would have bones left. Maybe it is trying to ask if Walker ate the offering and liked it.

Me:  Never thought of it trying to make an offering. Interesting concept. It did leave a headless hare at his back door.

Jim: Maybe it was intrigued by the magnet and wanted to play with it. Tools would be just another piece of shines stuff.

Me: There is also the issue of the game cam. The Walker left one out and he got the dog bone carcass turning 180 degrees at the time the camera was set up, but all he got was cars triggering it or this shadow. 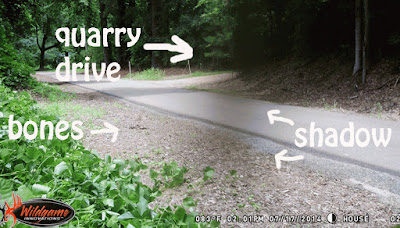 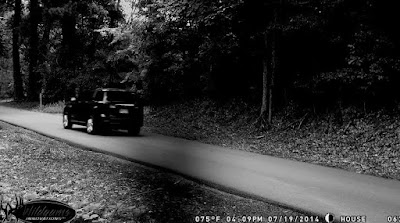 Jim: Maybe Stalker was beside the camera with the light to its back. Some cams can be triggered by things to either side.

Me:  Nope. He got shots of himself walking to and from, but these clicked off when he was away from the area and back home.

Jim: Yes, but you would need to know the reaction speed of the camera to stimulus and how fast it resets itself from frame to frame.

Me:  He captured the cars going by and a female jogger on the other side of the road.

Jim: Yes, but how fast does the cam react? If you are close to it you only need to move a very short distance to get passed the sensors. If you are several feet it takes a while to get past the sensor.

Me:  I had wondered if a bird or perhaps a person behind the camera could cast the shadow - but look at the length of that thing. It's very odd.

Jim:  Time of day, clearness of sky, pole direction all play a part. Including position of shadow producer in relation to lens.

Me: That evidence is hard to quantify, but then there's the 3-toed tracks.... 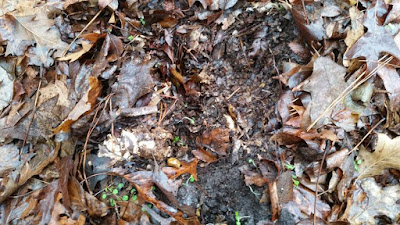 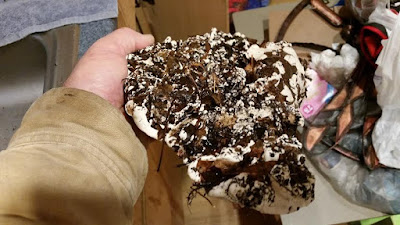 Me:  It took us down the rabbit hole of possible dogman. So far culprits - explainable and very odd animal behavior for some of the things (some like tying duct tape on a dog's neck not accounted for), or human with some serious issues (though they would have to be living ferally), Bigfoot (odd behavior for one) or dogman (not a social creature). The only other realm is extraordinary - other dimensional.

Me: Interesting concept if you consider the quarry. What do you have on your list of possibilities?

Me:  I started out Bigfoot, then crazy person in the woods, later moved into interdimensional Bigfoot concept (short time there), then went into Dogman, came back out the other side as Bigfoot once again.

It's perhaps the oddest Bigfoot ever, but some of the shows of strength strangling the dog and carrying the hogs and tossing them and possibly choking the dogs until their eyes popped out, and unidentified cries from the woods makes me lean that way. Plus, it seems territorial about that particular area, but also seeking some interaction of a kind.

All I know is that the Walkers the roadway, but he also walks a fine line, being watchful but also not getting this Stalker excited for interaction.