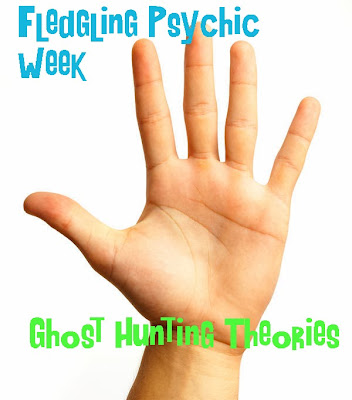 There are three enemies of any good psychic read. You've probably seen it happen on those TV psychic reads when the psychic misses the mark and skids down a wrong path and tries to back pedal, maybe saying something like, "I must be picking up on someone else's relative."


These three enemies are; ego, intellect and interpretation.


Imagine if you're known for 3-point shots in basketball and every time someone hears you play basketball, they expect you to make a 3-pointer for them to see. A little pressure? Yeah. And, being asked to do psychic reads on a whim is not an easy thing, or even doing it for cash or for someone you love. Any pressure makes the desire to produce all-consuming. Sometimes, as a psychic, we want to provide something unique and exciting. When we get a person who is excited by what we just said, then we tend to want to pursue that line of information harder and it may be a dead end. You just tell the client that her mother used to collect cookie jars from the 1940s and she squeals with excitement and now you want to focus on mother's other quirks.

It's normal to want to please people or give more information than you have, but you must stop yourself from going to the point of no return. Sometimes, you're tapping a dry well. This is why, if I do a reading, I turn away from the person and ask them to remain quiet. I don't want to feed off their reactions. Sometimes, too, if we see a shift in facial expression or posture we become insecure and that brings in the wrong part of the brain, the ego realm and the thinker.


Intellect says, if a person comes to you for a read and you know them well, say a good long-time friend, if you pick up something like "her mother used to call her `stinker'" but you know her mother and you can't imagine her saying that, then you will dismiss it.

If a person comes to you who looks wealthy and hands you a wedding band, you don't expect to see poverty and hunger, so you dismiss that when it could be that the person grew up poor and is now consumed by acquiring money.

You must not doubt your reads. You must let them go, set them free without edit. I do like to perform reads not looking at or hearing from the person and I prefer someone I don't know at all because it won't color what I get. I spew out everything, rattling on, following anything that seems to give more information and then double back and take another path. I don't want confirmation from them, I don't let myself doubt it.

Our intellect will try to seep through and evaluate the odds of something being right, to try to break it down logically, or begin that analytical evaluation that has nothing to do with the PSI aspect of the brain's talents.

Example:  I once went to a singles party and a man, who obviously thought psychics were a joke, dared me to do a read. He pulled a wedding band off his wedding finger. Intellect would have told me that he was handing me his wedding ring and was separated. I could have pursued insights into that arena, but I didn't. I do like I always do, hold it and let myself be blank as if I don't even know what this object is or what it means.

I told him what I saw, even though ego would have stopped me (because my chances this were right was probably less than 1%) and intellect would have stopped me (this is a wedding ring and he's at a singles party), but I proceeded to tell him that the ring was given to him by a man and that it had been in a junk drawer for a long time. The man gave him the ring telling him that it meant more to this man than it had to himself.

When I looked up, the man was white as a sheet and trembling as he put the ring back on. His brother had announced he was gay 8 months ago and took off his wedding ring and gave it to his brother and said that it meant something to him that it had never meant to himself. This man had put it in his drawer in the kitchen with all the junk stuff for the past several months and just took it out and put it on as a show for his brother that he was okay with the decision to leave his wife and family and pursue his true life course as a gay man.


A psychic is only as good as her/his knowledge. A frame of reference for novel information is critical. I had a time I was doing a reading about a person and I got a famous rocker buried in a graveyard in France and if I were not educated about this celebrity, I would have had to stop there, but instead, I was able to produce the celebrity's name; Jim Morrison.

Sometimes, we have not defined our categories. For me, all indigenous people were sort of lumped together in my head, so a Jew and an Inuit could be read the same. I had to research more about the looks, customs, art, and textiles of these people so that I could now say, this was a Native American person," instead of just taking a stab in the dark, "this was a Polynesian person."

Good luck and please report back on your efforts to develop fledgling skills.  Enjoy!