Is Bigfoot an Interdimensional Traveler? 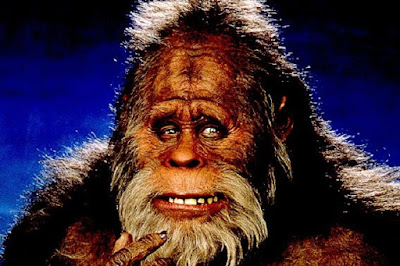 There's a lot of talk in the community about this.

Here's how I see it. We have people who have, over time, assumed that these "big dumb beasts" can't outsmart us intelligent humans, so they must be using magic.

That's the cheaters way out of understanding it, as I see it. It's kind of like explaining ancient technology by saying it's obviously alien influence.

Jumping to the exceptional as an explanation is a faulty logic.

Occam's Razor:  The principle states that one should not make more assumptions than the minimum needed. This principle is often called the principle of parsimony. It underlies all scientific modelling and theory building. It admonishes us to choose from a set of otherwise equivalent models of a given phenomenon the simplest one. In any given model, Occam's razor helps us to "shave off" those concepts, variables or constructs that are not really needed to explain the phenomenon. By doing that, developing the model will become much easier, and there is less chance of introducing inconsistencies, ambiguities and redundancies.

Let's work a bit harder to accept some realities....

Humans were not the only intelligence upon this earth.