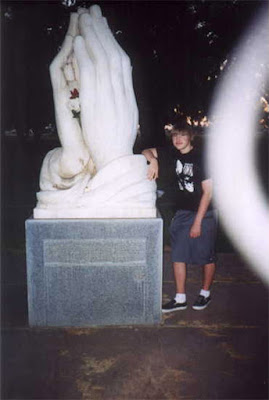 Genuine unexplained (above) *more later on this -

We want to capture the paranormal on cameras, but honestly it is so unbelievably rare that it can be disheartening. Before you get too excited about some of your oddities on your photographs, let's talk a wee bit about the explainable and how to discern it.

Before the advent of the digital camera, orbs were not a photographic issue, or if they were, it was only with certain cameras. Now, they are very common. In fact, on a dusty hayride at night in an autumn country fair, I took a shot of the orchard and when the flash went off, it lit all the particles in the air and it looked like sparkling confetti. The people on the ride cooed at how pretty. This was the process of orbs being made - dust, pollen, and moisture in front of the lens is lit by the flash and shows up.
Translucent looking orbs are actually very close to the lens and so you are able to see through them and ones that are back a bit from the lens reflect the light from the flash and look quite bright. They may seem to have depth of field in the shot, but they are actually near the lens and the culprit is digital camera design that puts the flash right near the lens.

I always suggest people use their own camera to take some shots like the ones below to see how their particular camera picks up these things so you have examples to compare field pics with. 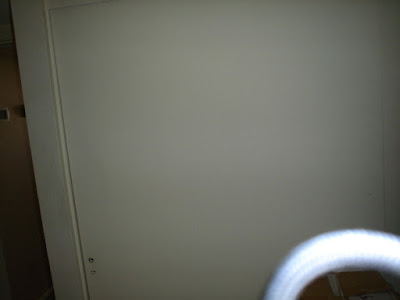 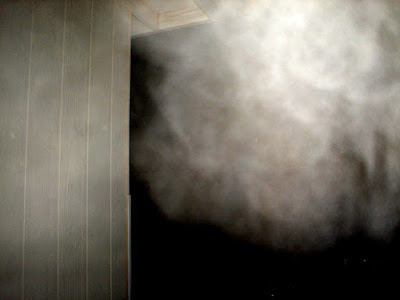 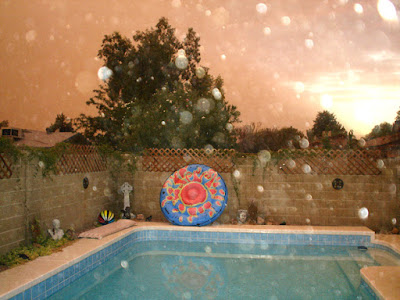 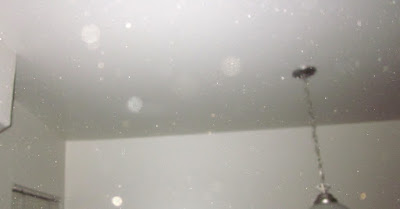 Dust blown off a surface (above) 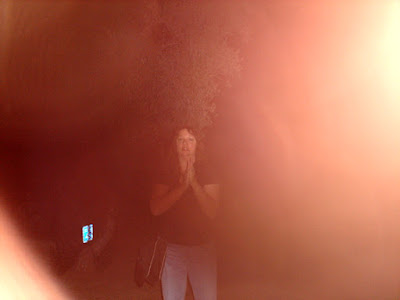 finger wagging in front of camera lens (above) 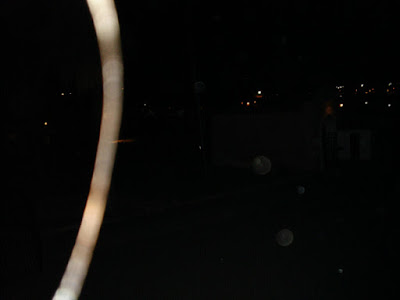 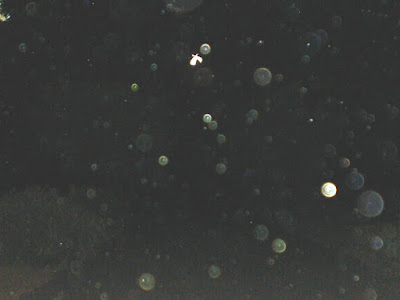 stopping after walking outdoors and moth (above) 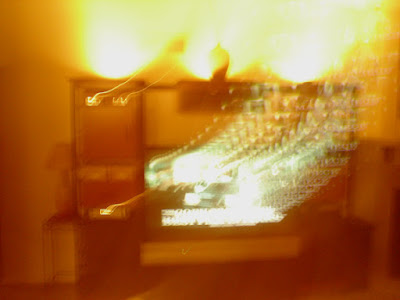 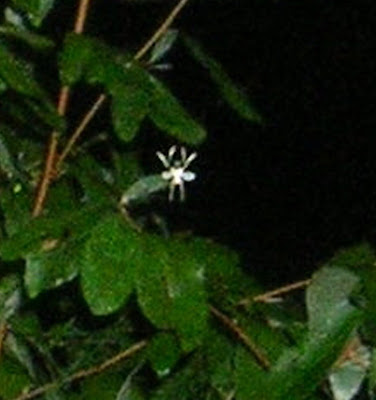 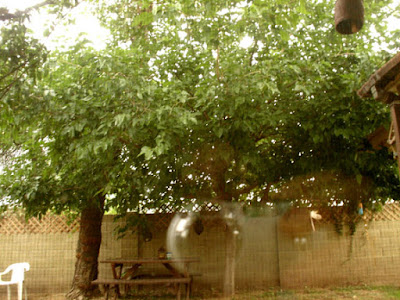 Camera lens reflected in window (above)

What to consider when photographing

WALKING:  When you walk, stop and allow several minutes for the air to settle before you photograph. Too many people focus on - I walk here, take pictures - and they don't stop to realize that they just stirred up the environment with a sort of vortex of air around them.


Reflective surfaces: This is the greatest danger, especially in nighttime photo taking. It can be a nightmare in museums, tourist buildings, historic sites, where there are lots of mirrors and glass framed photos and maps, chandeliers, tables, and more.

Straps and hair: It goes without saying that camera straps can be real culprits and they often show up on the right hand side of the pic because of where they are attached on cameras. They show up often with a spiral or corrugated look. I remove the strap from cameras as soon as they are bought or if the strap comes separately, I never attach it. This is one less explanation on photos. I also tie my hair back. One time, I ran my hands through my hair and one caught on my ring. It dangled in front of the pic. I realized it was a hair because it looked reddish and had the hair look to it - looks like a hose with circles inside of it.

Weather: Storms, winds, cold, rain, fog, snow, sprinklers, heavy moisture can all be interpreted by the camera as all manner of specters. Just be sure you take note of your weather conditions.


Lens:  You put your camera in and out of your pocket


Consecutive shots: Taking consecutive shots helps to clarify if something was in the environment or not. Viewers might ask, "was there anyone else in the room?"

Don't be offended that people dispute photographic findings. The truth is, finding something truly unexplained is hard to do, and you want to eliminate all the explainables ahead of time by taking caution when photographing.

* While taking photos of my son with a 35 mm camera (no strap) at the cemetery, looking for his grandmother's grave, we were asked to leave as it was getting dark. In my mind, I said to my mother-in-law (deceased) to please show where she was, her grandson was there. I took the picture. While it was getting developed, my father-in-law (at the time) said that she was buried about 300 feet back from the praying hands statue. My son had just asked to be photographed at that statue, after passing tons of awesome ones. It showed up on the negative, as well. With no camera strap, I am at a loss, but we went back and sure enough, her grave was 300 feet back from my son's left shoulder.