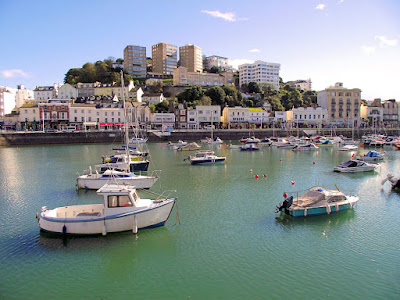 A comprehensive survey of over 30,000 people from the UK’s number one property website Rightmove reveals the neighborhoods where you are most likely to spot a ghost or UFO – according to the residents themselves.

Torquay came out top as the ghost-sighting capital, where over a quarter of people say they have seen a ghost, compared to the national average of 17%. Torquay has always been associated with a long history of spooky happenings and the seaside resort regularly offers ghost walking tours. Haunted tales from The Spanish Barn at Torre Abbey and the ghost of the Castel-a-Mare all contributed to the historic town being judged as the number 1 place to spot a ghost.

Abiola Oni, Research Manager at Rightmove comments: “We created the Alternative Census as we wanted to find out more about the unusual goings on in local neighborhoods, alongside the more typical things you might be interested in before moving there. Good transport links and high achieving schools are often the first things people think about, but in The Alternative Census we were able to get an entirely new perspective about the towns and cities people call home.”

People can check out the sighting hotspots alongside the internet dating and social hotspots on Rightmove’s Alternative Census microsite, available at www.rightmove.co.uk/viz/alternative-census/

There you have it!