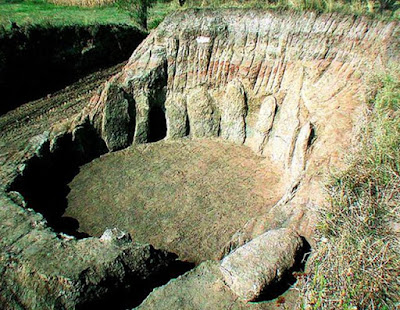 A stone circle structure in Southern Bulgaria is being likened to a Bulgarian Stonehenge. It dates back to the 6th Century BC and some believe is an ancient observatory.

It was only discovered 15 years ago, but there has not been any real care to preserve it, having it waste to exposure, attrition, and the whims of locals.

The government doesn't want for fork over the cash to preserve it or document it, so locals are working to try and raise funds.

Luckily, the hard-working citizens working to fund and protect the site, in spite of the government not realizing the importance of its own country's history, have a team of archaeologists arriving in August this year to start excavations.

The observatory, it is believed, was build by the Thracians, a group of Indo-European tribes. They were described as light-haired/red-haired and blue eyes. Interestingly, they were known for working with metal (bronze age), horses, and as skilled warriors. Doesn't seem like that type of people would be particularly specialized in stone megaliths for "nonsensical" reasons.

This isn't the only interesting megalithic or stone circles in Bulgaria. 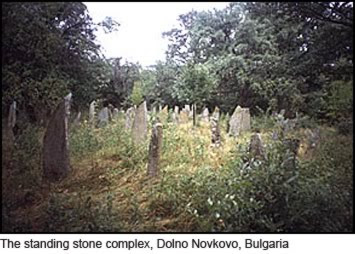 Interestingly, there are numerous such stone structures around Bulgaria and, in fact, one region has many caves in the Rhodope Mountains named after all kinds of dark and primordial subjects in which there were habitation at periods of time and within the sight of standing stone formations.

The history of Bulgaria is a rich and impressive one with the influences of Indo-Europeans, the Greek, and so many other cultures over thousands of years. It would be interesting to note any correlations with this "stonehenge" compared to the one in the UK and other such circular sites found in the Ural Mountains and elsewhere. For some reason, men from all over the world felt an innate and unquenchable desire to build megalithic stone circular structures. It would behoove us all to open our mind and our concepts for explaining this ... universal influence.


MORE INFO:
More about this site here
About Bulgaria's other stone sites