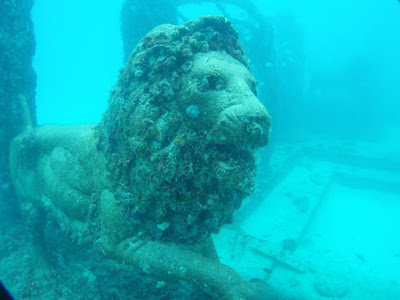 Neptune Memorial Reef is an interesting cremation memorial where you can put your loved one's ashes off of the shores in Miami. They get to become part of the reef.

But, intended underwater burials aside, what about underwater cemeteries that were flooded? 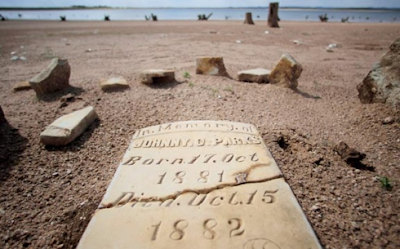 In 2011, a drought brought the lakes to their lowest state, exposing a submerged cemetery. 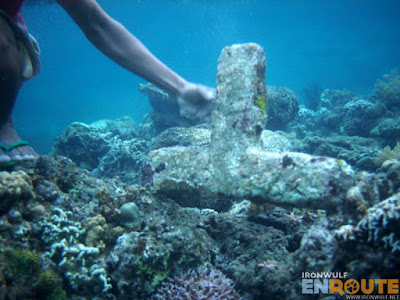 An eruption from a volcano in the 1800s had this cemetery submerged. Today, it is a marine sanctuary.

The town of Capel Celyn is submerged. It was flooded in 1965 to make a reservoir.

This cemetery was the impetus for the opening scene of "Deliverance" where they were disinterring graves for a lake coming in. This cemetery is now 115 feet underwater. 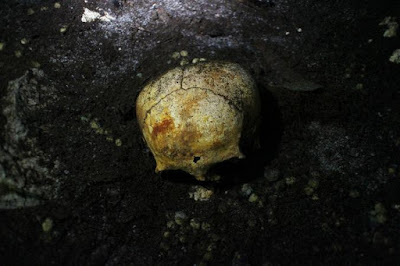 The floors of two chambers in a cave in Mexico has spooked the locals. Under the water inside, there are so many human bones, it makes their skin crawl.

It was believed that humans were sacrificed into there to appease the gods and some today even drop food and gourds within the opening to the water below. Most interestingly, a female's adult skull they found showed evidence of flattening or supposed purposeful cranial deformation. There were also animal bones and skulls. Upon further examination, the researchers are leaning toward the concept of an unconventional cemetery.