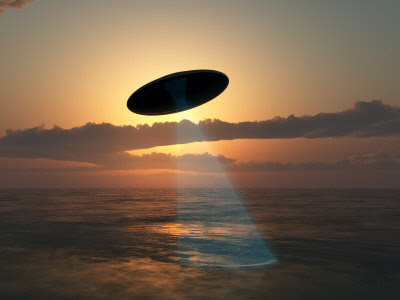 As long as man has taken to the seas by ship, there have been reported encounters with sky vessels or UFOs.

During Vietnam War in a strip of water in the demilitarized zone between North and South Vietnam, Allied spotters reported seeing 30 strange slow-moving lights in the sky at night.

Another night, they spotted them yet again and became very concerned they might enemy helicopters. Bombers soon arrived to shoot at the enemy.

The lights fled seaward, but friendly fire took out one of the ally's boats. The HMAS Hobart saw something on the radar, figuring it was an incoming aircraft. The ship got the signal it was a friendly craft when suddenly they were struck. Then, two more missiles hit the craft.

Source: General George S Brown (1918-1978) was commander of the 7th US Air Force and deputy commander for Air Operations, Military Assistance Command Vietnam from 1968 to 1970 - and so was in command of the Phantoms involved in the snafu. In later years he rose to chair the Joint Chiefs of Staff in Washington. In 1973, he fronted a Chicago media conference held to discuss the North American UFO flap of that year, and while airing his views on UFOs at the conference he said:

"I don't know whether this story has ever been told or not [but UFOs plagued us in Vietnam]. They weren't called UFOs they were called enemy helicopters, and they were only seen at night and they were only seen in certain places. They were seen up around the DMZ in the early summer of '68, and this resulted in quite a battle. And in the course of this, an Australian destroyer [Hobart] took a hit ... there was no enemy at all involved but we always reacted. Always after dark. The same thing happened up at Pleiku at the Highlands in '69".

The Nina, Pinta and Santa Maria crew reported seeing a light in the sky they could not explain. In fact, Columbus wrote of it in his journal, describing the light as a small wax candle that rose and fell.


There is no doubt that fishermen, cargo ships, cruise ships, the Navy and the Coast Guard make up the majority of UFO witnesses at sea. 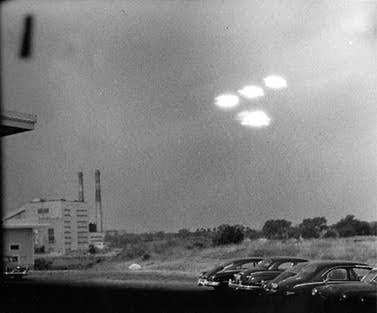 In 1956, a Navy transporter was flying over the Atlantic Ocean. Most of the men had fallen asleep, but the commander looked out at the dark sea to see something that hadn't been there before.

The co-pilot mentioned it looked like a village. The pilot became concerned they were off course if they were seeing land. He and the co-pilot considered it might be ships. But, feeling disconcerted, he told the co-pilot to wake the others.

As they put the plane into a pattern of circling the lights, they dimmed and then colored light rings showed and grew. Then, one of the rings of light rushed towards them. They tried to climb the plane, but it was very fast.

The pilot could see that the ring of light was around some very large object. It was considerably larger than the transport and they realized they were probably going to get hit.

Then, all at once, the ring tilted, and jetted off the port side of the transport. The pilot and crew got a good look at it. It was many times larger than the width of the wings on the transport and dish shaped.

It jetted off quickly toward the stars. The commander got on the radio and called the tower to tell them what he'd seen and ask if anything showed up on radar.

When the men landed, they were repeatedly questioned in great detail about what they witnessed.

In 1973, two co-workers went fishing in Pascagoula, Mississippi.  They were fishing off a pier on the river when they heard a whizzing sound and saw two flashing blue lights and an object about 30-40 feet across and 8-10 feet high.

The men reported after the incident that they were paralyzed and three creatures took them on board a ship and examined them before leaving them back where they found them.

The area became full of reporters and lookie loo's who wanted to check out the site of the supposed abduction. The men went on later to write books and make appearances, being very involved in the UFO community. 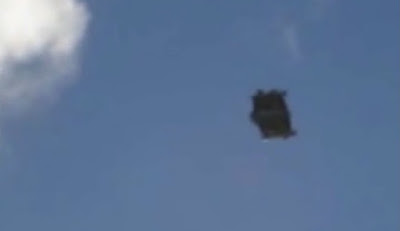 In 2014, off the coast of Florida on a Carnival Cruise ship, a woman captured video of what appeared to be a strange UFO overhead. Some believe it to be a drone. Check the video and see -

When you consider the oceans offer UFOs the ability to fly around and have lesser chance of being seen, there are actually a lot of viewings from ships. And, why not? Ships have no buildings, hills or trees to block the view, but 180 degrees of sky and are in a place even more likely to see UFOs coming and going, especially if one gives credence to the concept of USOs or UFOs coming and going from the water. A light in the sky or on the horizon on the dark ocean is going to be seen quite readily. This is something to ponder next time you go fishing, boating, or cruising. Keep your eyes on the sky....