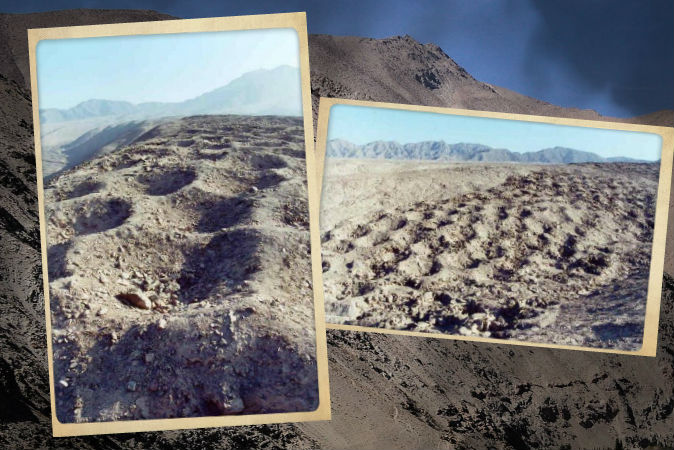 In the same plateau where the Nazca lines are found, there have been discovered holes dug into the rock. There are thousands of these stretching out. To dig so many of these holes that take up a band of land of one mile, it would have taken an enormous work force to dig these holes that are 3 feet wide and 3 to 6 feet deep! There are approximately 6900 of them! 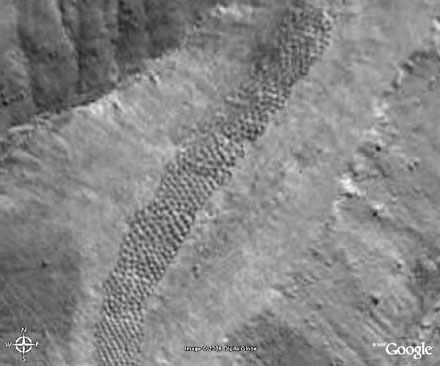 Interestingly, the people of the area have no idea what they might have been made for and who made them. It is not even in their legends.

No artifacts have been uncovered. It was thought at first that, because of their size, they were meant to bury men vertically, but nothing has been found to indicate burials.

There might be a clue just a few miles to the east of the band of holes - a potential settlement of some kind. 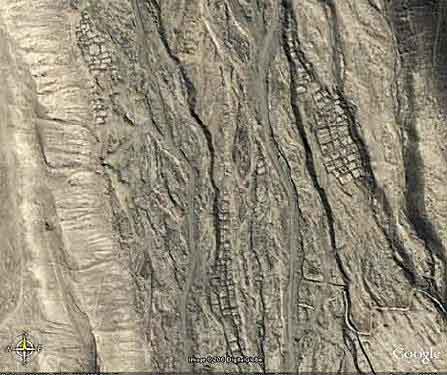 The mystery gets even weirder when they realized the holes ended in a certain area where the ground became very dark. They believe there might have been an explosion there long ago.

The conjecture on this is endless. Some kind of sample mining? Burial areas? An experiment of sorts? A sort of obstacle for a competing enemy? A place to store grains? Well, that's a lot of work!

I plan to stay up on this one because someone surely has to be researching the WTF situation going on in the desert there. There are so many well preserved clues. I do hope they get to the settlement and see what that might contain to tell us of these people. Let me take a wee guess - they were very tall, perhaps elongated skulls and red hair???

MORE INFO:
About the holes