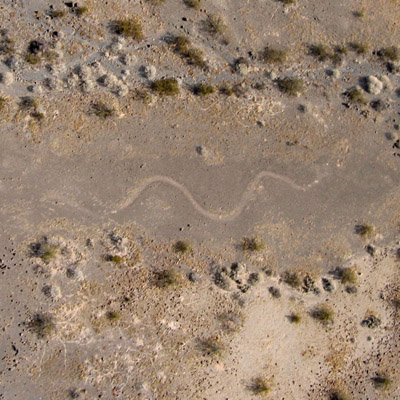 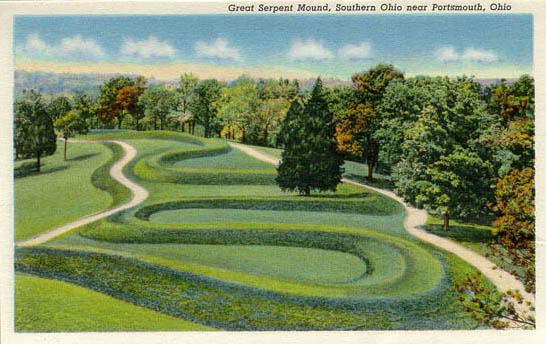 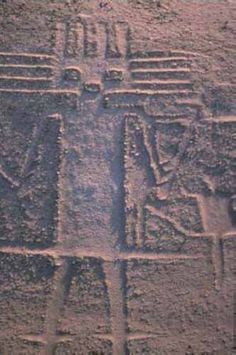 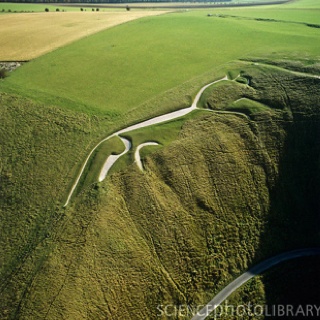 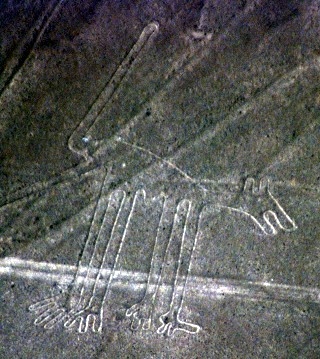 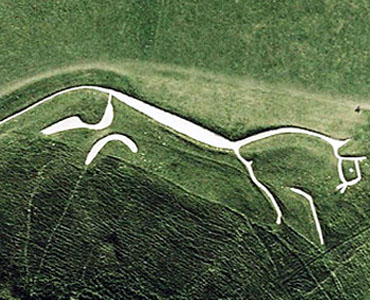 The Uffington Horse, UK
1000 BC
This location gets even more mysterious when you consider that to keep the chalk exposed, people had to clear it off at least every 150 years for 3000 years!

All over the state of Wisconsin, animal effigy mounds can be found. Wisconsin was also a state in which copper mining occurred long, long ago and which the Native People claim they were not miners, but the tall white people from the North were established in mining there when the Native People came to the region. These animal effigies were believed to be created somewhere between 800 BC and 1200 AD.

In more and more discrepancies in explaining the unexplainable, the researchers claim the Ho-Chunk people were likely the builders of the mounds, but other reports say "Current elders suggest that their pre-history is connected to the mound builders of the region of the Hopewell period."(not, however, saying THEY were the moundbuilders). Considering the hunter-gatherer nature of the early Ho-Chunk, it would seem rather extravagant to apply moundbuilding and animal effigies with their culture. This is yet another one of those gaping holes in the explanation of the Hopewell/mound-building era.

Wikipedia perhaps has the most telling explanation of effigy mounds:  After the discovery of effigy mounds, and other mounds all over the country, wild theories began to be developed as to how and by whom they were built. The first theories were the most accurate; people in the late 17th century assumed that the mounds had been built by the Native American people who still lived in the vicinity. These logical assumptions lost popularity as more fantastic theories were developed. The most popular of these theories in the 19th century was that an extinct race of Mound Builder people had built the mounds and then vanished. This theory was laid to rest by archaeologists at the Smithsonian Institution in the 1880s.

That last sentence did crack me up, I must admit! Oh, well, if the Smithsonian in the heyday of its ethnology nonsense put it to rest, there was absolutely no political provocation, that's just stating fact (*wink*).

Here's the two issues with archaeology (among others): There is a tendency to assume anything in an area that is ancient belongs to the culture of the Native People who were living there. That is a ridiculous notion, given the time periods the Native People moved into regions and the very vagrant nature of their people to move on to better lands, as well as their history in that area and how far back it reached. Many tribes have gone missing, such as the Anasazi, HoHoKam and Sinagua and very ancient paleo-indian tribes very likely had nothing to do with latter Natives who moved into the region. Another issue is, there is also a tendency to explain everything as religious musings when they can't understand what something is or why it was done that way.  Just because these geoglyphs and effigies were gigantic and seen from above does not mean that they were for the gods to see or some sort of religious expression. There might have been very practical reasons for marking a territory. In fact, it might help to look UNDER some of these geoglyphs.