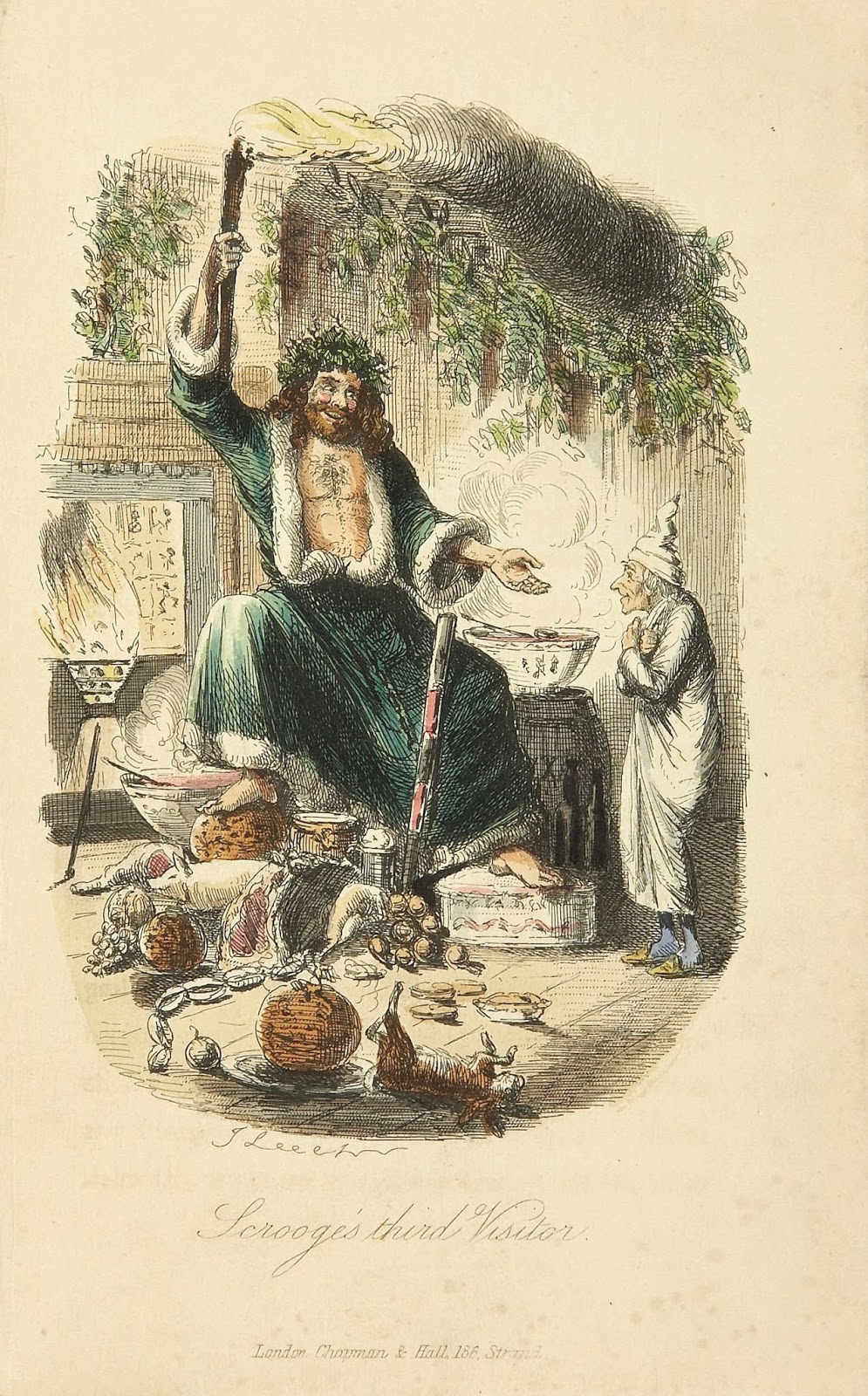 *This is a guest posting by writer, Jared Hill.*

Christmas is less than a week removed from the winter solstice — the longest night of the year in the northern hemisphere —  a night when rushing winds play a snow symphony and spirits swim through the darkness. Is it any wonder that on such a frigid blackout, that people might see angels peeking out from the Milky Way? And as one year fades into the next, doesn’t it stand to reason that people might muse about spirits lost and spirits wayward?

Few Black Friday shoppers play connect the dots with Christmas and ghosts, but the truth has always lurked just underneath their noses - or rather, their ears. As Andy Williams sings in his classic tune, “It’s the Most Wonderful Time of the Year:”

“There will be scary ghost stories and tales of the glories of Christmases long, long ago.”

In ye olden times, Celtic folks often suspected that the winter solstice (December 21st for those in the northern hemisphere) was a haunted night. It was the death of the old sun and the birth of the new, the “Yule time”, an evening for ancestral specters to tie up loose ends. Take advice from William Shakespeare: "A sad tale’s best for winter.”

The tradition of Christmas ghost stories reached its crescendo in the Victorian era. In 1891, British humorist Jerome K. Jerome deadpanned, “Whenever five or six English-speaking people meet round a fire on Christmas Eve, they start telling each other ghost stories.” Historians have a host of theories as to why the English loved a spine-chilling story so: the rise of the periodical press, the psychological internalization of horror, silent servants popping out like elfin sprites, etc. Yes, the Victorian English loved themselves some roasted chestnuts, spitting wood fires and a Christmas horror story – A Christmas Carol by Charles Dickens, perhaps?

A novella never once out of print for the next 172 years, A Christmas Carol was published around the debut of the Christmas card. It closed the curtains on a Puritanical revolt against Christmas festivity, previously spearheaded by Oliver Cromwell. It helped rescue the holiday. Most importantly, it introduced Ebenezer Scrooge to the English literary conscience. Scrooge, that lemon-faced shark, is visited on Christmas Eve by three Christmas spirits of the past, present and future.

Dickens hoped his nostalgic description of the “present” Christmas, hosted by an anonymous Father Christmas figure, would cement the holiday for generations to come. Even Dickens’ dour critic, Theodore Martin, said the work was “calculated to work much social good.”

A Christmas Carol has been remade and replayed in film more times than the Happy Birthday song. Alastair Sims played the iconic Scrooge in the 1971 adaptation, which also showcased Jacob Marley, a shackled, bluish, translucent corpse come to warn Scrooge of his impending fate. Other adaptations have shown Marley as a pair of guffawing puppets (The Muppet Christmas Carol), the Disney character Goofy (Mickey’s Christmas Carol) and even a red-haired, female money lender (Ms. Scrooge).

The tradition continues. In the 1970s, the BBC presented the A Ghost Story for Christmas television series, which was revived in 2005. Modern Christmas has its own Hollywood ghost, courtesy of quirky film director Tim Burton. In the gothic stop-motion animated film The Nightmare Before Christmas, pumpkin-head protagonist Jack Skellington hijacks Christmas with a dose of All Hallows’ Eve horror. Whirling just outside mainstream cinema are a host of holiday horror films – Gremlins, Black Christmas, Rare Exports: A Christmas Tale – that return Christmas to its Victorian roots, where the campfire keeps the heat in and the ghosts out.

But what about the way Dickens uses ghosts as a device to introduce grim speculation about the welfare of the less fortunate on Christmas? And just as Dickens portrays mid 19th Century lenders in a less than flattering light, might his critique not also be relevant to the lawmakers of this country who are perhaps less than sufficiently sympathetic to the welfare of their less fortunate constituents? And if it is indeed the case that the quality of life for the poorest of the poor in Washington, DC has dwindled to the degree it has (see here for one such example: http://www.washingtonpost.com/wp-srv/local/longterm/library/rosalee/part1.htm), perhaps the lawmakers of Washington would be wise toupdate their security systems at home (more details here: www.securitychoice.com/adt-home-security/district-of-columbia/w/washington/) lest they be visited by specters themselves!

But remember: our fascination with ghosts and specters reveals less about our obsession with death than it perhaps does our fascination with life. While Christmas may very well be a time of year that makes people want to atone for the things they’ve done wrong, and mourn those they’ve lost, remember to show appreciation for the very miracle of life itself this holiday season.