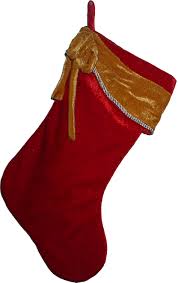 If you have a person in your family who loves the unexplained, it's time to consider filling his/her stocking with DVDs that honor their interests, but also ones they likely don't own - so here's my offerings for titles that are not so commonly added to collections. 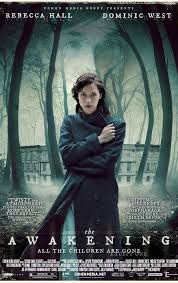 Ghost investigators could use a few movies in their stockings - here's some they may not own.

The Awakening: In 1921, England is overwhelmed by the loss and grief of World War I. Hoax exposer Florence Cathcart visits a boarding school to explain sightings of a child ghost. Everything she believes unravels as the 'missing' begin to show themselves.

Death of a Ghost Hunter:  Renowned "ghost hunter", Carter Simms is paid to conduct a paranormal investigation of a supposedly haunted house. Along with a cameraman, a reporter, and a spiritual advocate, she embarks on a three night journey into terror.

Knocking on Death's Door: Two paranormal scientists attempt to document the spirits which reside at Hillside House. They track down the murderer of a little boy, whose ghost is still alive. What they don't realize is that by discovering the murderer, they might be the next two humans to become ghosts.

Children of the Grave:  Documentary that uncovers the shocking truth, history and haunting of Ghost Children, Poltergeist Kids, Haunted Orphanages and Crybaby Bridges through untold stories of unmarked graves. 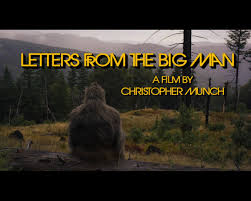 For the Bigfoot lover in your life, here's some titles to stuff their stocking with -

Letters From the Big Man: Sarah Smith, an artist and government hydrologist, sets out on a post-fire stream survey in a remote part of the Kalmiopsis Wilderness of southwestern Oregon. In the course of her journey through this ancient and ecologically diverse land, she unwittingly finds herself interacting with a sasquatch man, and a mutual curiosity ensues. As their friendship deepens, Sarah must take bold steps to protect his privacy, as well as her own.

The Mysterious Monsters:  Documentary One of the many notorious 70's "unknown" documentaries, The Mysterious Monsters covers topics such as Bigfoot and the Loch Ness Monster. Pictures, sounds, and videos of these two monsters are examined by Peter Graves, the host. Psychics, hypnotism, and the history of Bigfoot in many ancient cultures is also scrutinized.

Snowbeast:  A Colorado ski resort is besieged by a sub-human beast that commits brutal murders on the slopes. 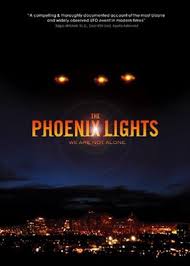 For the UFO and alien lovers, I have a few suggestions they might not own in their DVD collections.

The Phoenix Lights:  Documentary celebrating the historic and still unexplained Arizona mass sighting of 1997 this critically acclaimed and internationally award winning Documentary is based on the bestselling book, "The Phoenix Lights...A Skeptic's Discovery That We Are Not Alone". Over 30 credible eyewitnesses, children, scientists, military, pilots and experts give compelling testimony to the reality of these mysterious global visitations, including former AZ Gov. Fife Symington who discloses that he witnessed the event and it wasn't military! Astronaut and moon walker Dr. Edgar Mitchell, Sc.D. confirms that these phenomena are real! A Commercial & Vietnam pilot witnessed the silent, mile wide craft glide above his head. A Veteran 911 Phoenix Police operator tells all about that fateful night. NASA footage confirms that these phenomena are here. UFO buffs call it the most documented and important mass sighting ever recorded. But still today, the military and government can only offer questionable explanations as to what the anomalous lights truly were. In over 11 years, the strange phenomena have never been duplicated or re-enacted [although the military tried fruitlessly, three years later]. Many experts and witnesses insist that what appeared in the Arizona skies was something beyond this world. But there is much more to the story! What were they? How did they affect the witnesses? What do they mean?

Starman:  An alien takes the form of a young widow's husband and asks her to drive him from Wisconsin to Arizona. The government tries to stop them.

Pitch Black:  A commercial transport ship and its crew are marooned on a planet full of bloodthirsty creatures that only come out to feast at night. But then, they learn that a month-long eclipse is about to occur.

Invasion of the Body Snatches (1956): A small-town doctor learns that the population of his community is being replaced by emotionless alien duplicates. 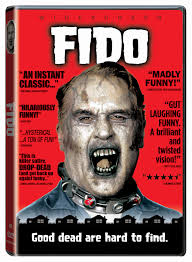 For the horror-lovers in your life, try these more obscure titles they may not have -

Fido:  Timmy Robinson's best friend in the whole wide world is a six-foot tall rotting zombie named Fido. But when FIDO eats the next-door neighbor, Mom and Dad hit the roof, and Timmy has to go to the ends of the earth to keep Fido a part of the family. A boy-and-his-dog movie for grown ups, "FIDO" will rip your heart out.

Trollhunter:  A group of students investigates a series of mysterious bear killings, but learns that there are much more dangerous things going on. They start to follow a mysterious hunter, learning that he is actually a troll hunter.

Silent Night, Bloody Night:  A man inherits a mansion, which once was a mental home. He visits the place and begins to investigate some crimes that happened in old times, scaring the people living in the region.

My Amityville Horror: (documentary) For the first time in 35 years, Daniel Lutz recounts his version of the infamous Amityville haunting that terrified his family in 1975. George and Kathleen Lutz's story went on to inspire a best-selling novel and the subsequent films have continued to fascinate audiences today. This documentary reveals the horror behind growing up as part of a world famous haunting and while Daniel's facts may be other's fiction, the psychological scars he carries are indisputable. Documentary filmmaker, Eric Walter, has combined years of independent research into the Amityville case along with the perspectives of past investigative reporters and eyewitnesses, giving way to the most personal testimony of the subject to date.