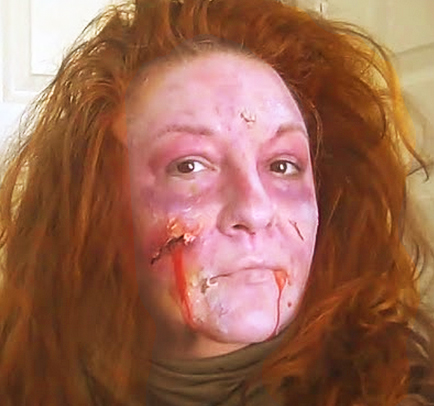 First, I'll tell you how I did this zombie makeup:

Take Elmer's Glue or liquid fake skin and use a Q-tip and apply it to your face and make some gloppy and thick areas where there will be wounds. Let it dry complete.

Now, take purple eye shadow and use a sponge to pat it around in spots around the face to make mottling. Next, mix black and white face makeup to make gray and sponge that all over the face, patting it on so the purple remains seen through it like splotchiness. Take the purple and work some bruising under the eyes. Peel back some of the flesh so it dangles and then put more gray makeup under it where your naked skin is exposed. When you want to do a wound, use a toothpick to dig a hole into the fake skin and take a black eyeliner pencil and draw a dark area deep inside the wound to give it depth. If you want to add bruising, use purple in the center, green around it and then yellow on the outer edge. Take fake blood and put it in a straw or the cap of the bottle and gently pour some of it into the wound's hole and let it drop naturally. Drip some at the corner of your mouth or other wounds. Consider doing your lips with the same gray as your skin and add a little blue if you like for that cyanotic look. 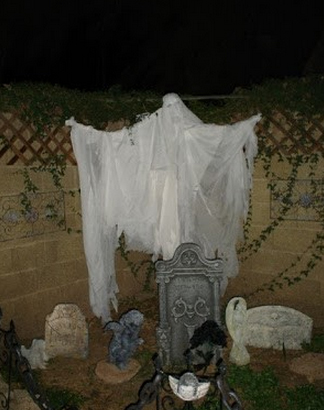 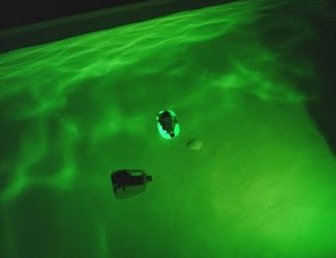 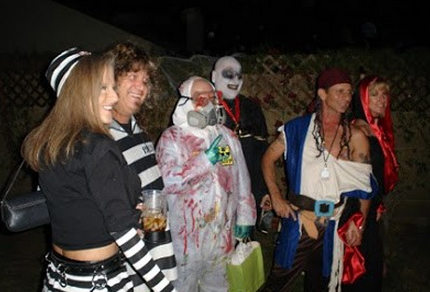 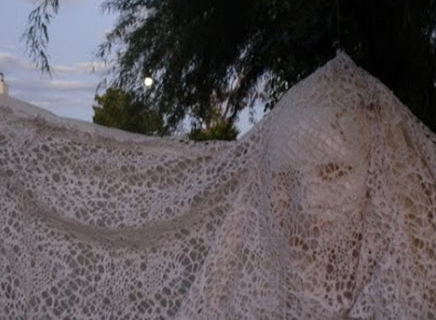 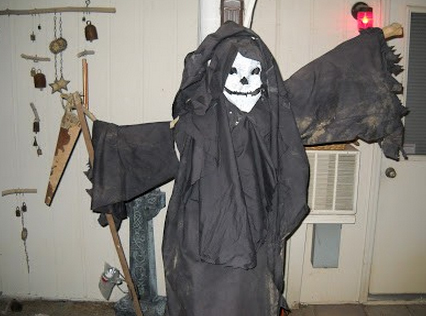 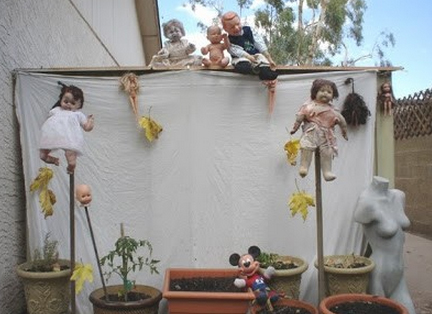 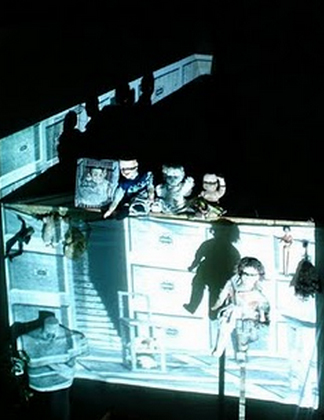 (By night, with the creepy doll movie projected against it - chilling!) 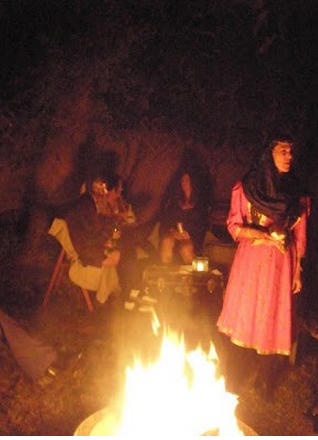 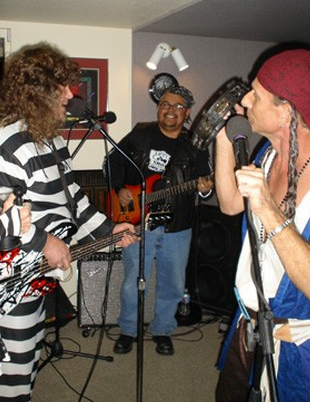 Dessert: Brownies with Reese's cups pressed into them while they were still hot, cookies on the drink table, along with Halloween candy scattered on the tables.


Apple cider, spiced rum, and hot cinnamon schnapps to taste, floating slices of apple on top and a red vine straw in the cups.