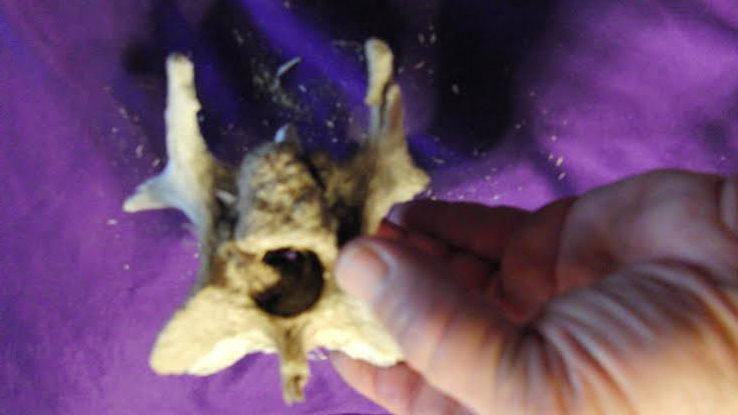 I've had numerous lengthy discussions with MK Davis about all things Native American, giants, Sasquatch, the Smithsonian, the government and more. I have yet to find someone who is as knowledgeable across the board, having read every relevant and obscure journal, book, publication that is written on these subjects, going out in person to the sites, asking questions, seeking answers, and not being afraid of the general "no-no" attitude of the powers that be that do not want us to know a true history, but a pasteurized one.

It's not easy to impress me, but his integrity, his honesty, and his brain cells are seriously driving him in the right direction for the mission of uncovering the TRUE past.  If we had a history here and the future distorted it, wouldn't you want someone to be sure our real story was told? After all, our true legacy is what we teach others by what we did right and what we did wrong.  But, what if no one recognized our time here on the earth or our contribution???

MK recently went to a site where a slope-headed skull had been retrieved in the desert. The dig site from the universities that attended it was nearly 50 years old. But, a little poking around and the dried up lake basin provided a relic that appears to be a vertebra, but rather large and oddly shaped. 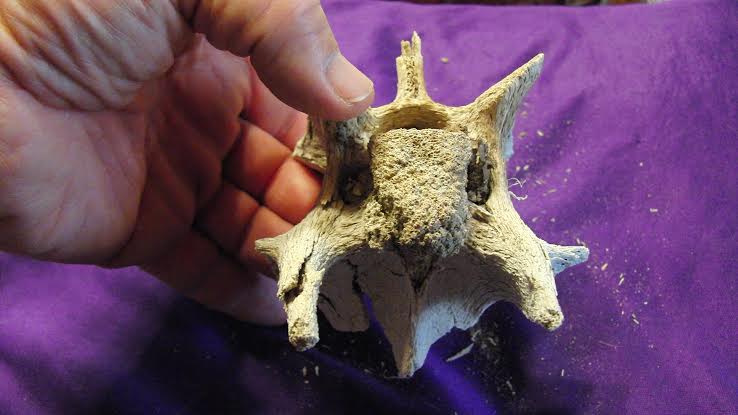 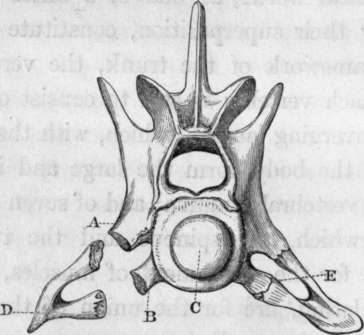 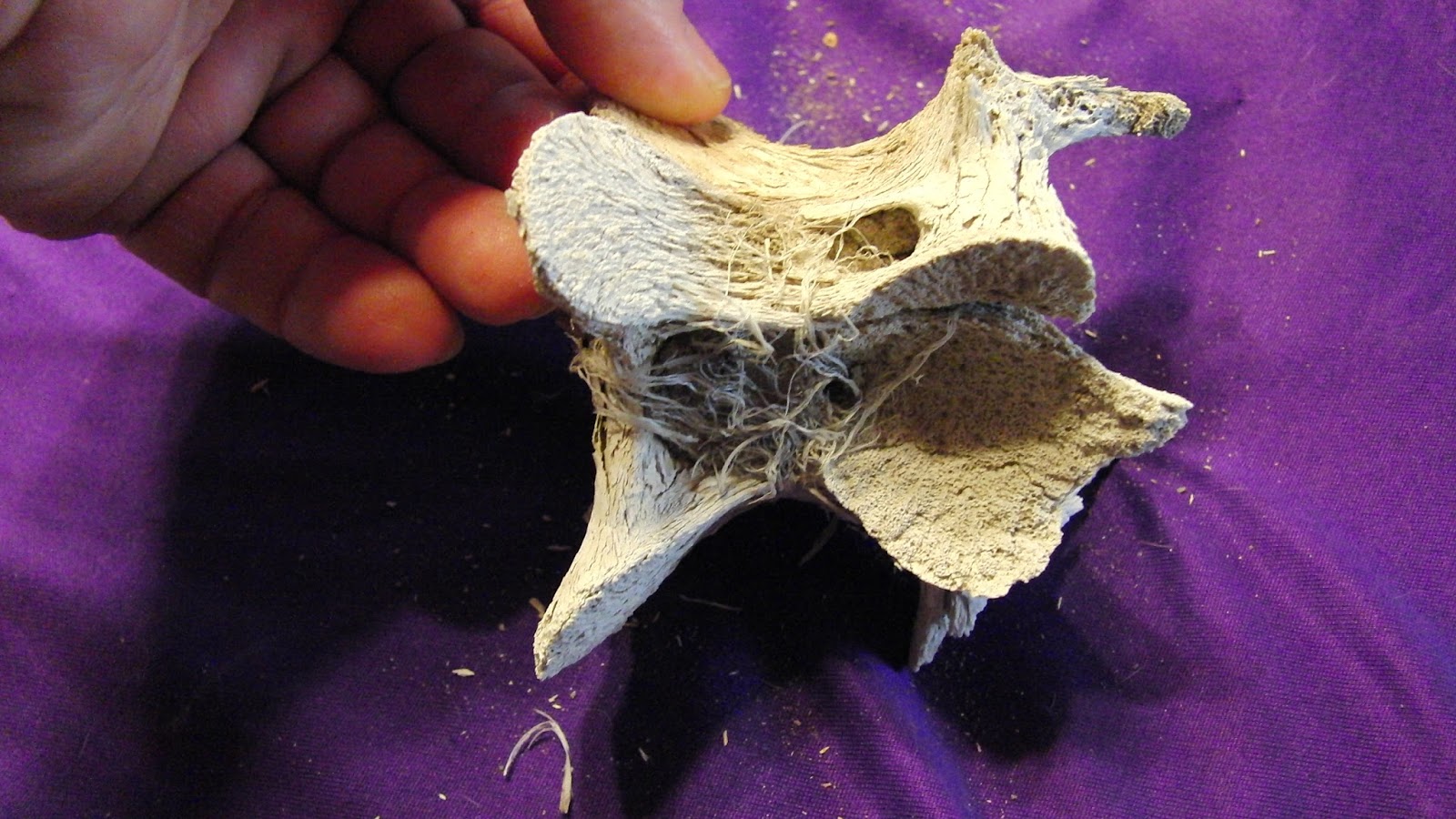 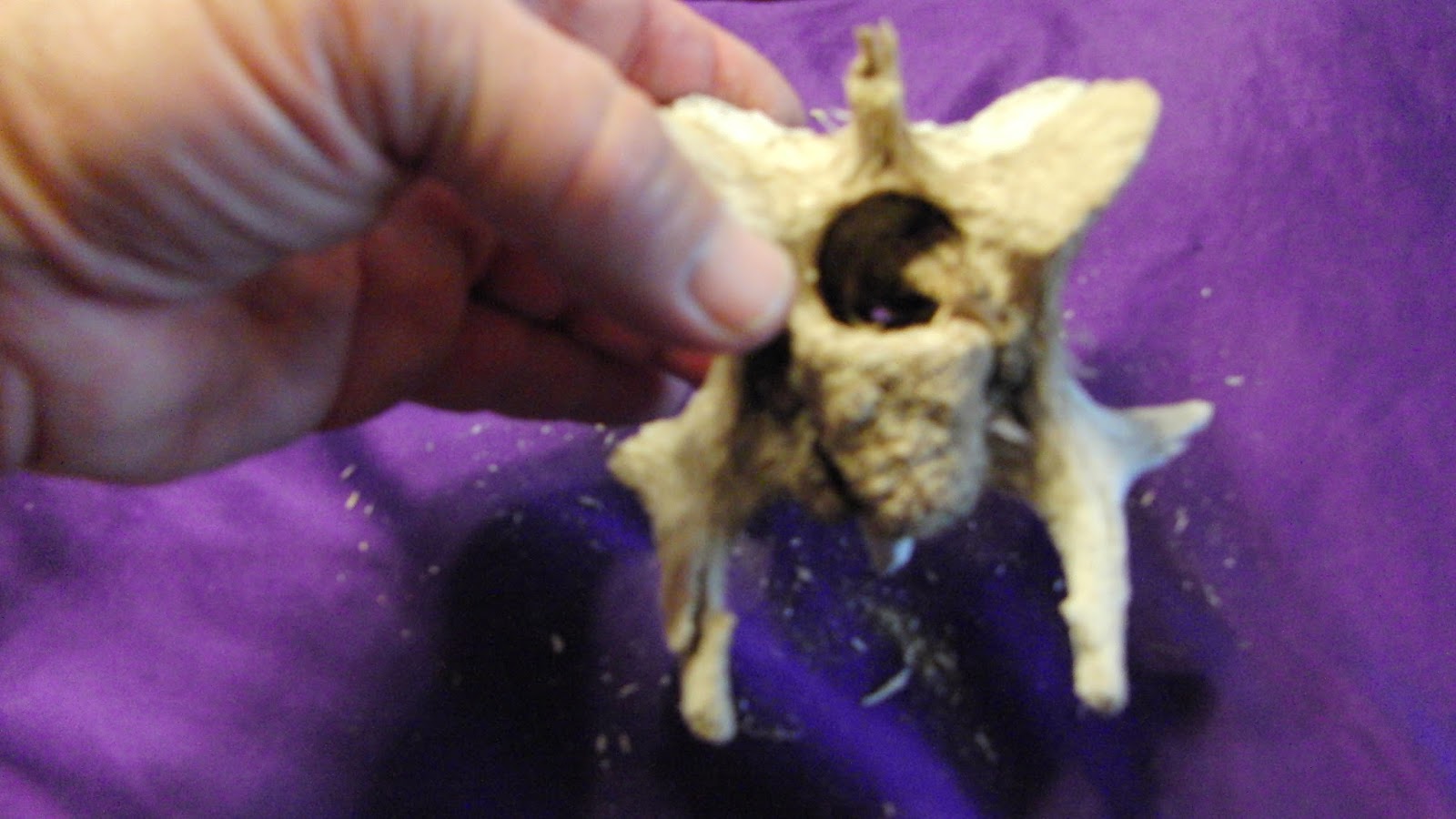 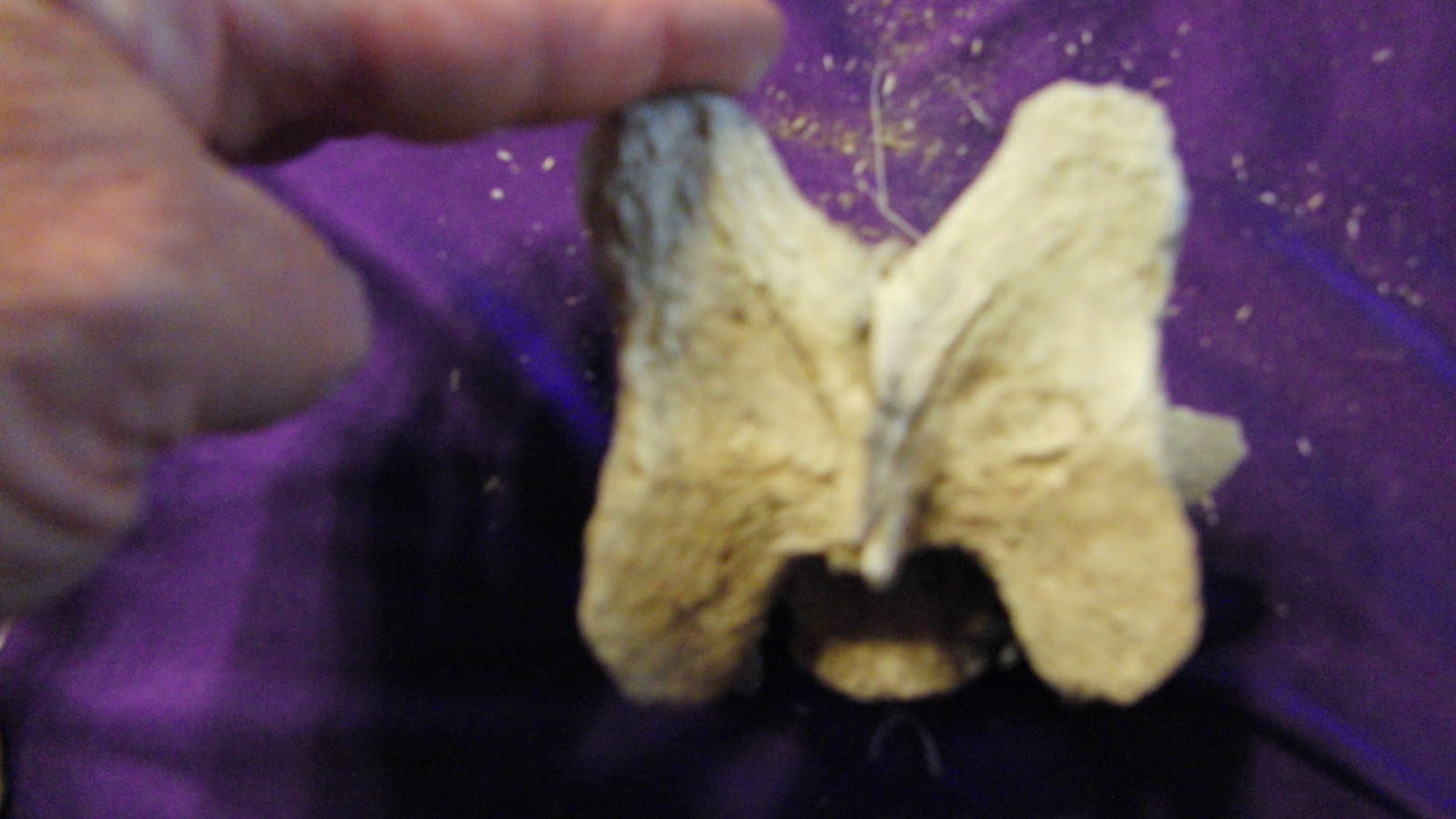 The bone is exceedingly old and brittle and another reminder that there are more bones yet to be found than have been found. Amazing and game-changing finds like slope-skulled people in America in ancient times have been hidden from us, tucked away, not spoken of. That MK could come across a university report on the sloped skull was an amazing find. Those who scanned it and put it on the internet did not realize its worth, just like this bone lying around waiting to be found by someone who might recognize it's unusual. (To learn more about the slope-headed skull, read my comprehensive evaluation).

MK is hoping to get some identification on this bone and it is the beginning of a lot of future searches for more and more finds. There are plenty of bones still in the ground and in caves around the United States and much more to be revealed in this modern time when it's harder to coverup things that can be documented by cell phone cameras and launched onto the internet by smart folks who know to measure and show proportions and detailed descriptions that can never be lost to time and coverup, having reached millions of people simultaneously.

The key to remember in this day and time is that secrets can no longer be kept as long as we can share the secret immediately, pique the interest of others who never forgot what they saw and learned and continue to seek more and more information. If anything comes of MK's tireless research and determination, it should be that others seek too.  In fact, we all encourage others to take the hidden knowledge and run with it.


It's like hide and seek; with enough seekers, it's impossible to hide.