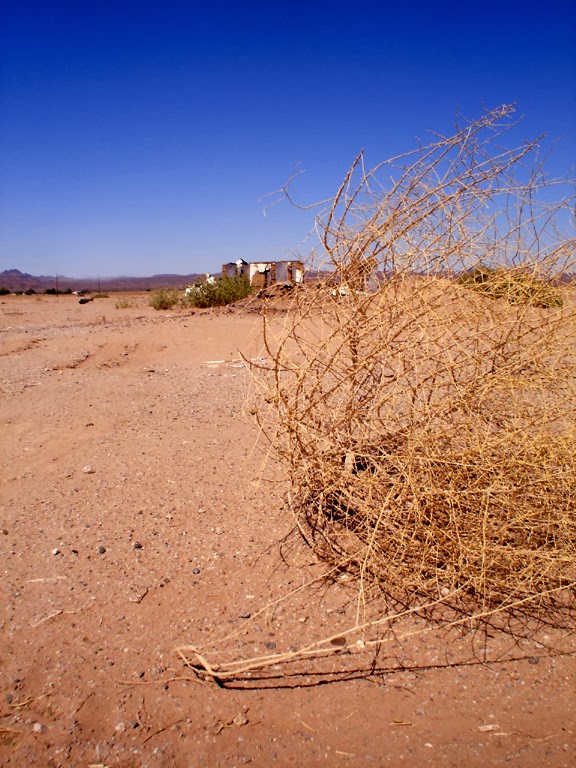 I had an image of this when I first moved here in 1977. I thought people still rode horses and had hitching posts. I didn't know goofy things like, there are orange trees everywhere. First time I saw one, I said "mom, what's those orange things on those trees?" She laughed, "oranges!" I didn't know citrus grew here. I imagined a row of Saguaros.

The mountains are naked here in the desert - 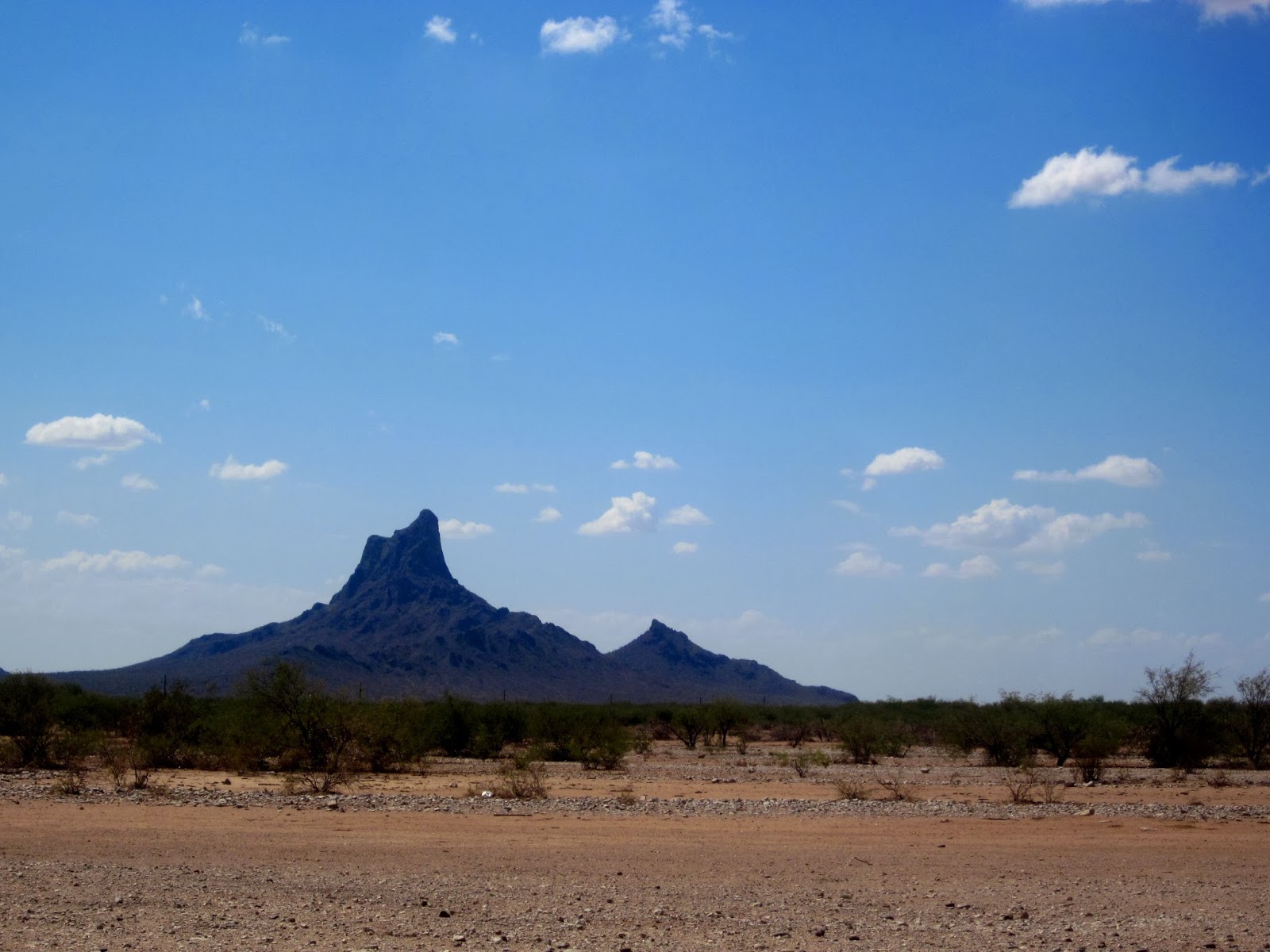 They turn purple, blue and mauve depending on the sun and where it is in the sky.

The land is generally flat and you get 180 degrees of sky - you can see so far away, in fact, that you watch distant mountain ranges and drive towards them but you might not be there for 70 miles.

The air is dry, the sun sharp and ruthless. You get a lot of static shocks when you touch metal here - A LOT! Air blows warm or even downright hot. It kicks up dust and in monsoon season - huge Haboobs - dust storms! 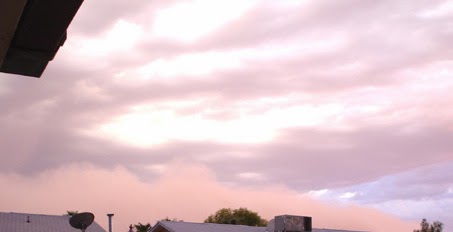 It's an insane wall of orange dust that rises up so high in the sky that it's mind boggling. You can see a storm arriving and you think it's far away, but this one I photographed here, was atop of me in about 4 seconds.  It is intense, scratchy, orangish light, utterly insane, and if you're lucky some rain follows it in, but then it just manages to spit enough to make the dust turn to mud on your car and patio furniture and I won't even talk about what it does to your swimming pool!

We know it's official monsoon season by the sound of the locusts and the scent in the air. When it gets humid enough for monsoons to form, the locusts suddenly start screaming and the creosote desert bushes put out a scent that is like rosemary mixed with pine. 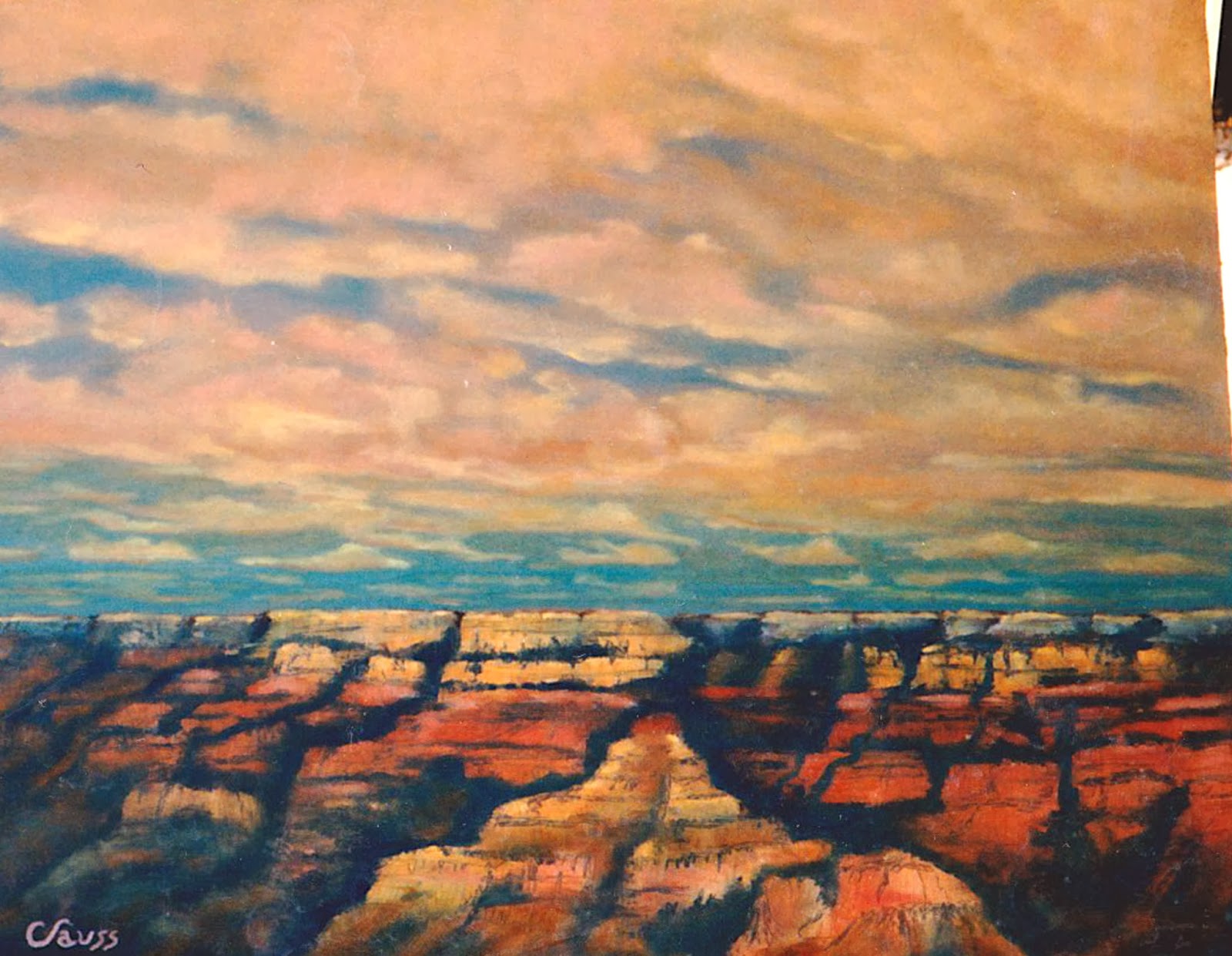 The vast amounts of sky here had me specializing in sky in my paintings. I'm obsessed with the sky. Unfortunately, we don't get a lot of clouds here, so when we do, having dimension to the sky is pure heaven and seeing it into the distance allows one to see storms approaching and the lightning here is insane because you can see every bolt meeting the ground. 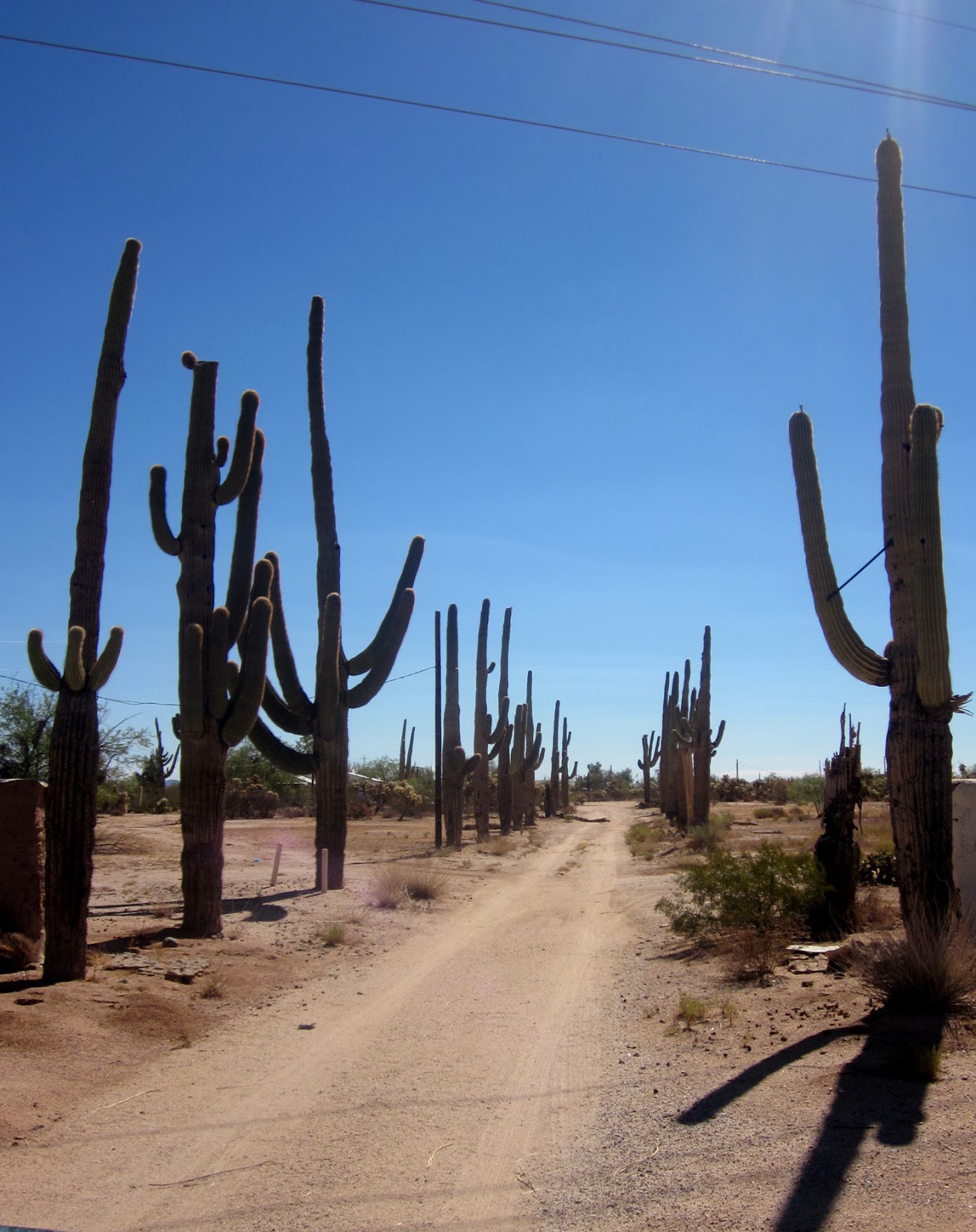 It's not just cacti here. We do have scrub brush and mesquite trees and the like, but one thing people marvel at is that the desert becomes exceedingly colorful with wildflowers in early spring. 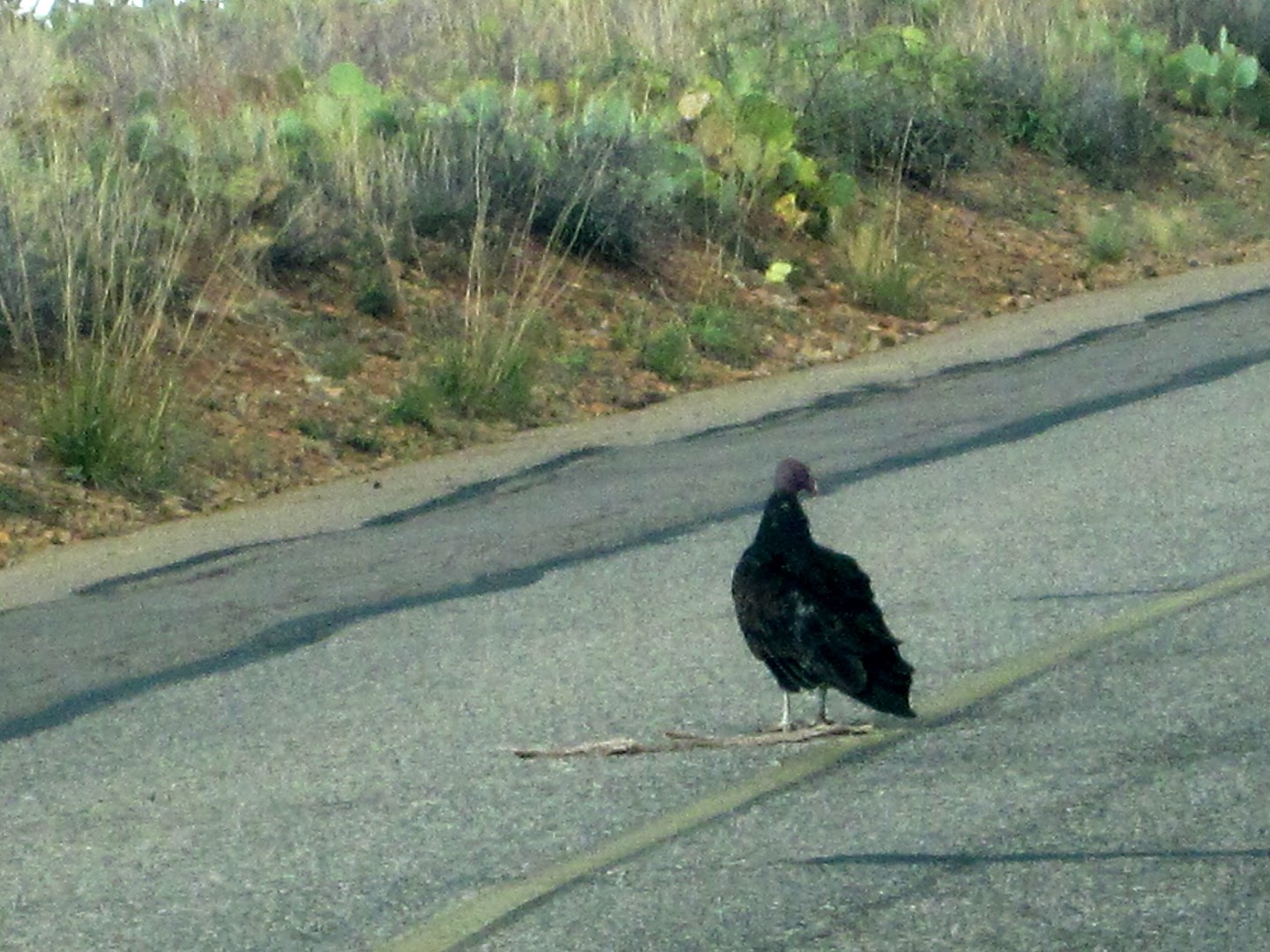 The desert isn't forbidding for everyone. The turkey vultures and rattlesnakes (vulture eating rattlesnake above) are common, but there are also brave javelinas (wild desert boars) and a ground squirrel commonly called a prairie dog, wild rabbits including jackrabbits, and hawks. 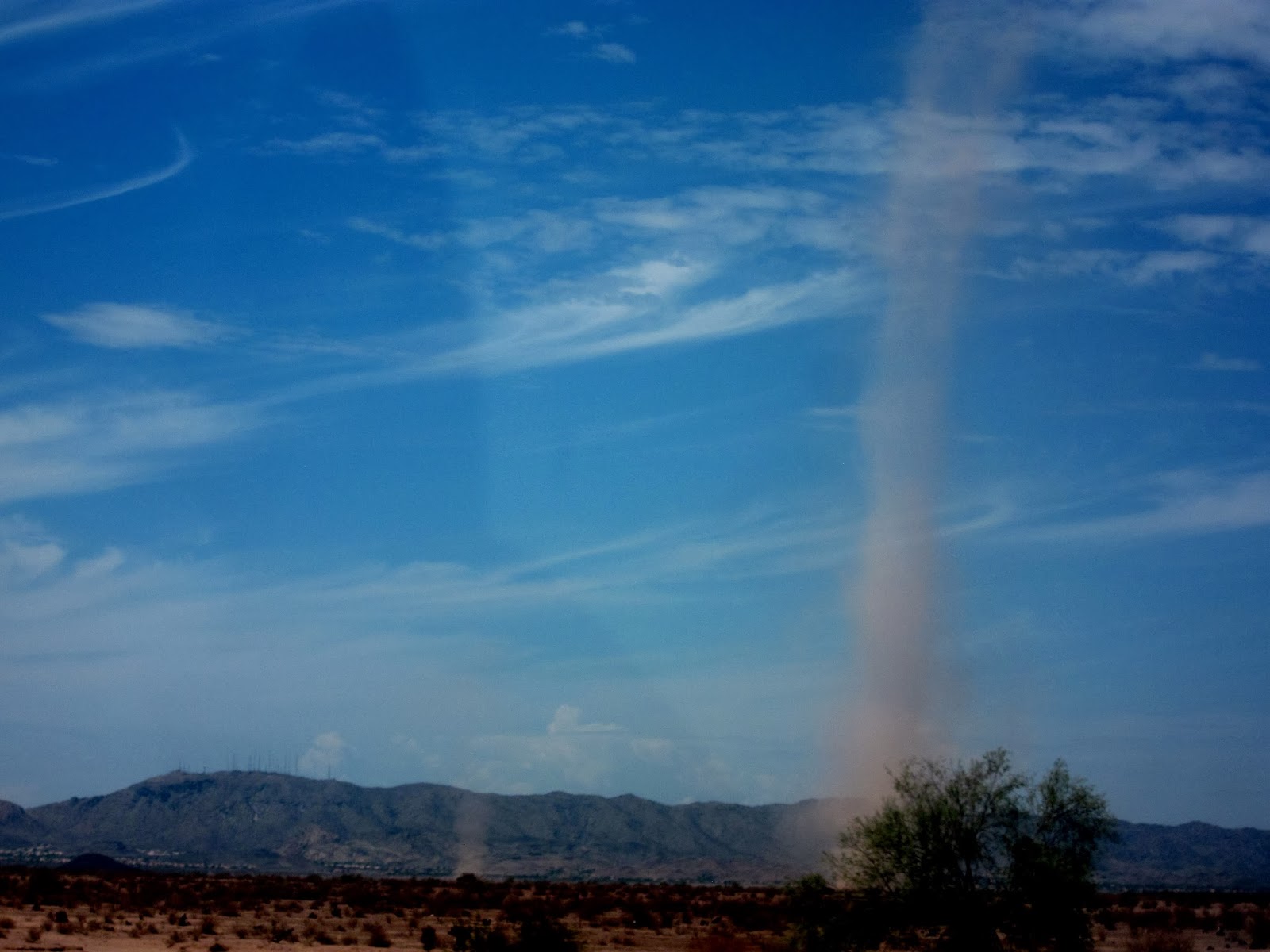 The open desert, especially along I-10 from Phoenix to Tucson, you see lots of dust devils in the distance, dancing around, forming, churning up dirt, dissipating. When winds kick up, all the tumbleweeds go mad. I once pushed a giant tumbleweed almost all the way to Tucson. It finally broke into brittle pieces and flew aside. 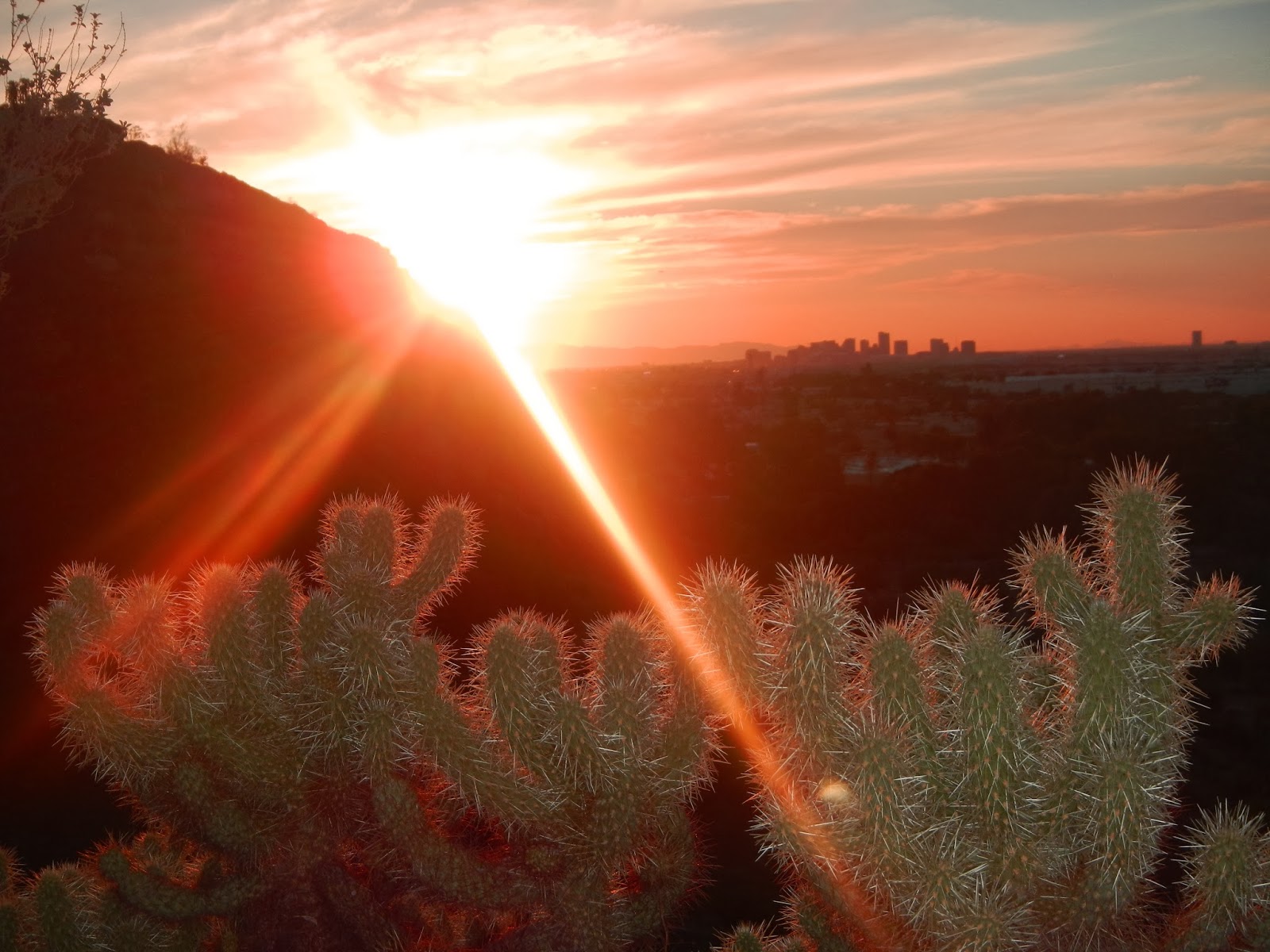 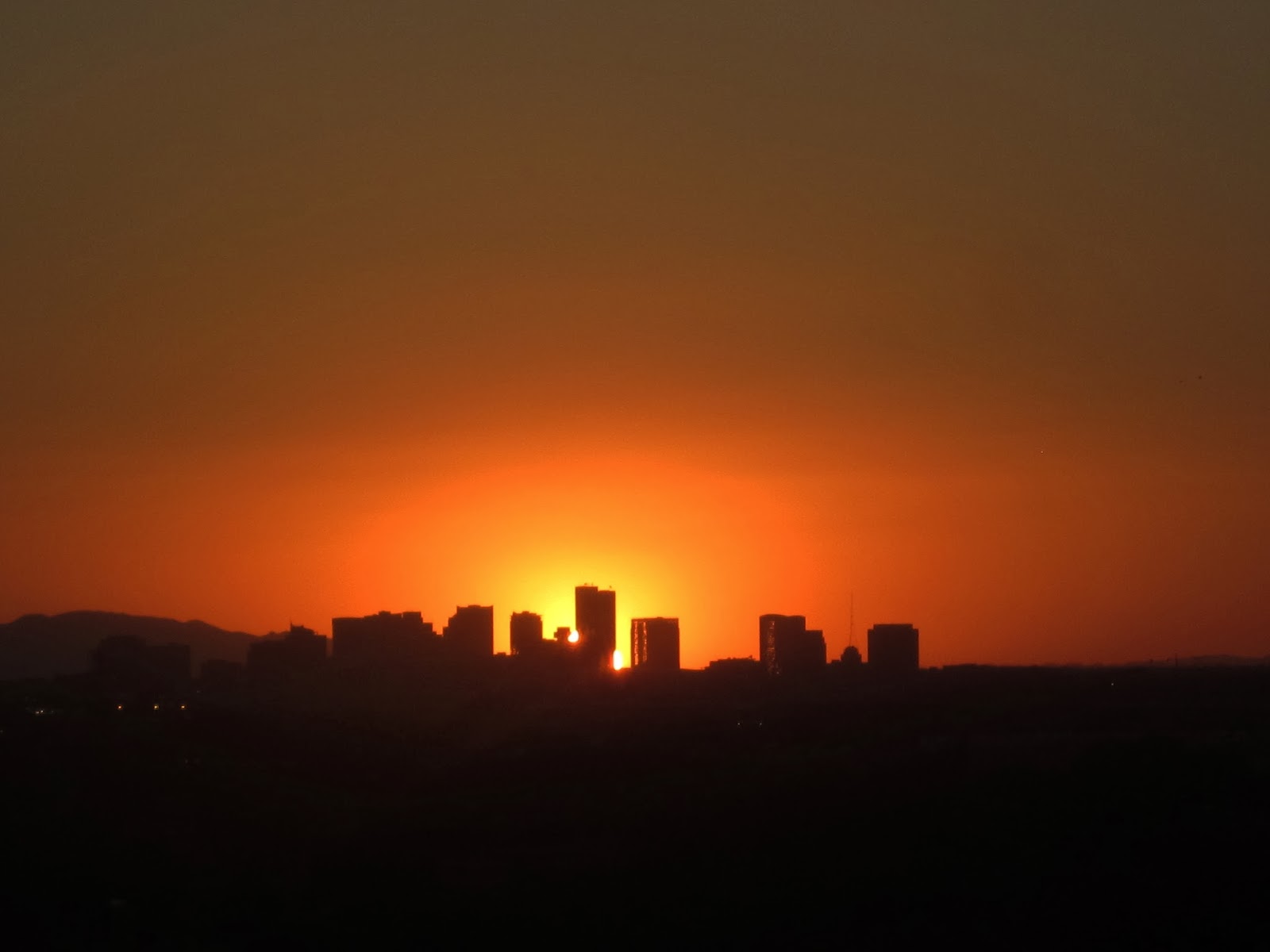 Yes, sunsets are intense. It's a combination of the fact that you can view the sun on the horizon all the way to ground level and the particulates that are always in the air allowing lots of glitter and color to form.

Geology here is intense and magnificent. 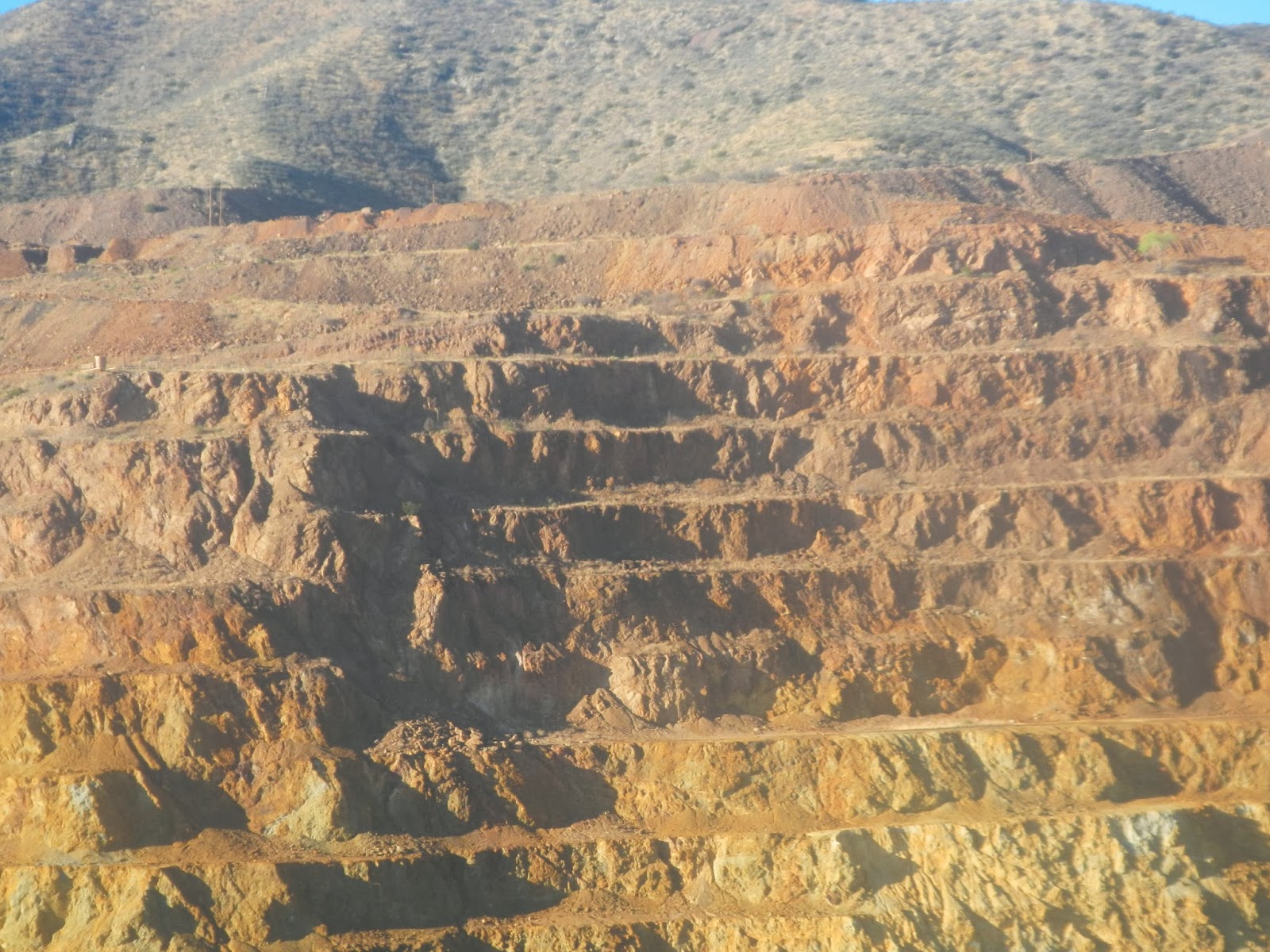 You can be driving through desert and suddenly there are huge boulders, go through mountain passes where cutaway earth shows all the layers of an amazing history of change.

We are sky and earth.  Not much water, but when it does happen - it's magic! 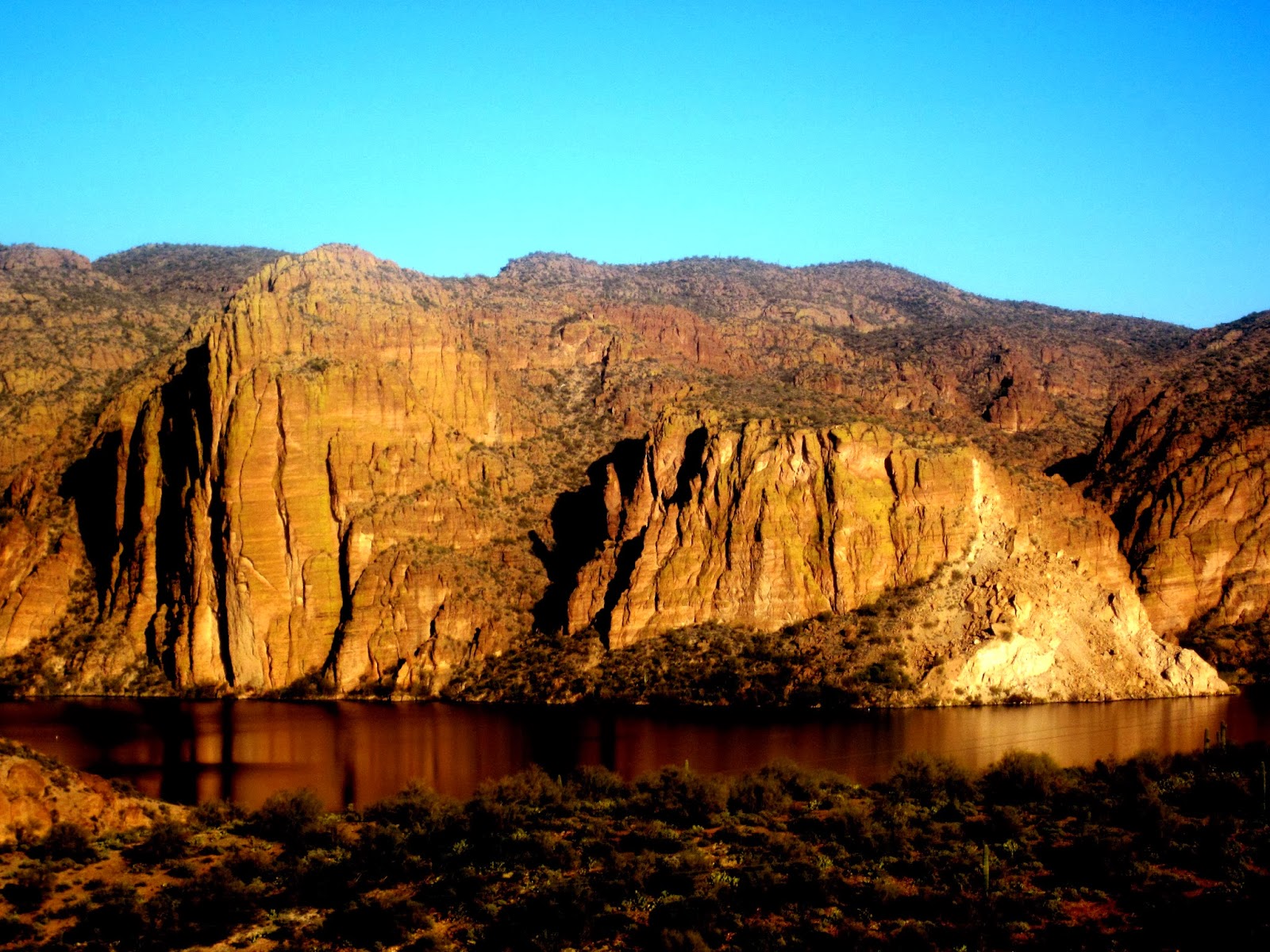 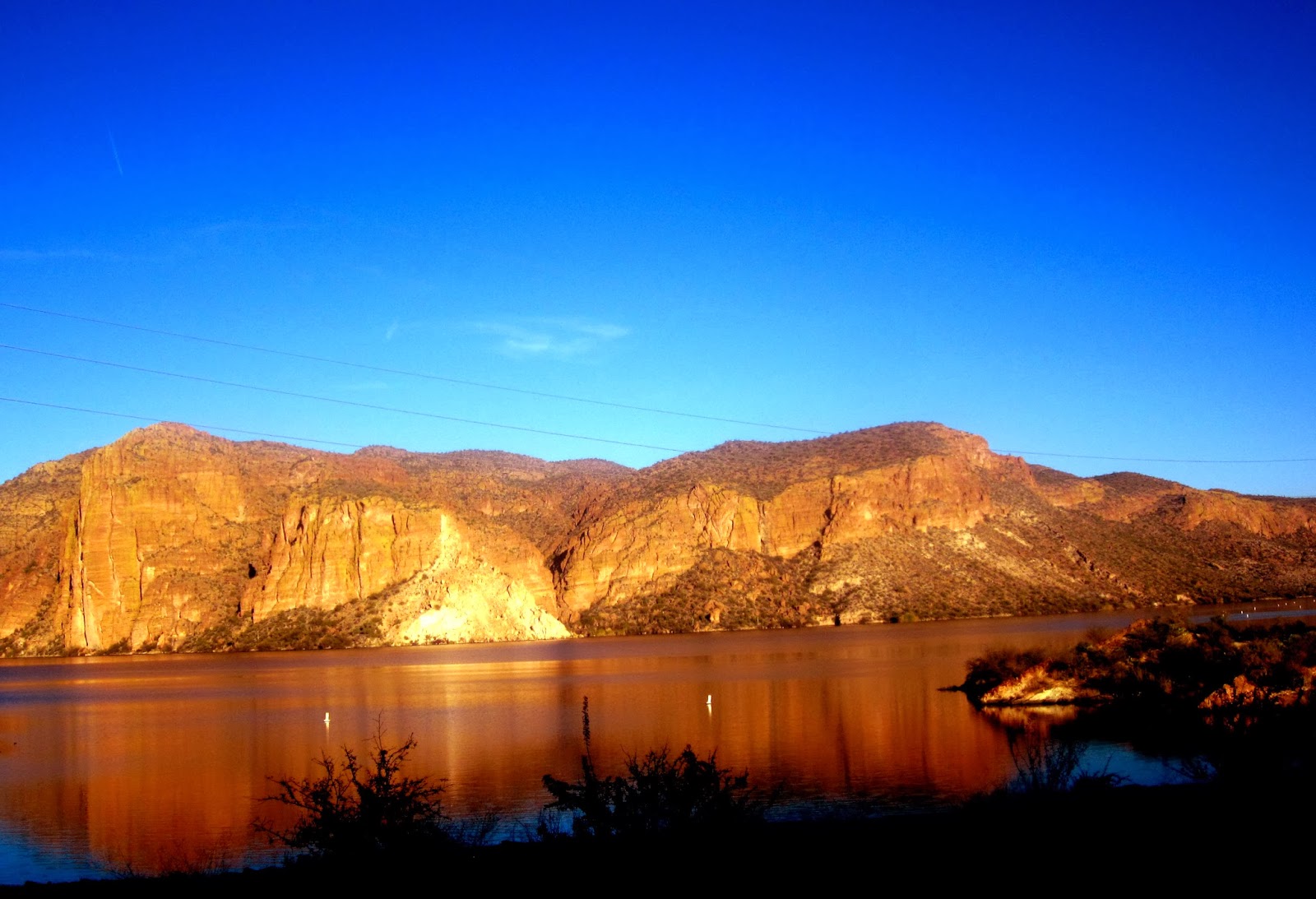 The desert is foreign to those who live where it's green and there are seasons, but the contrasts here are something worth experiencing.  I try to share the desert experience from mining towns to ghost towns, road trips to hikes, and I hope that y'all decide to experience the Grand Canyon, Sedona, petrified forest, Tombstone, and more! 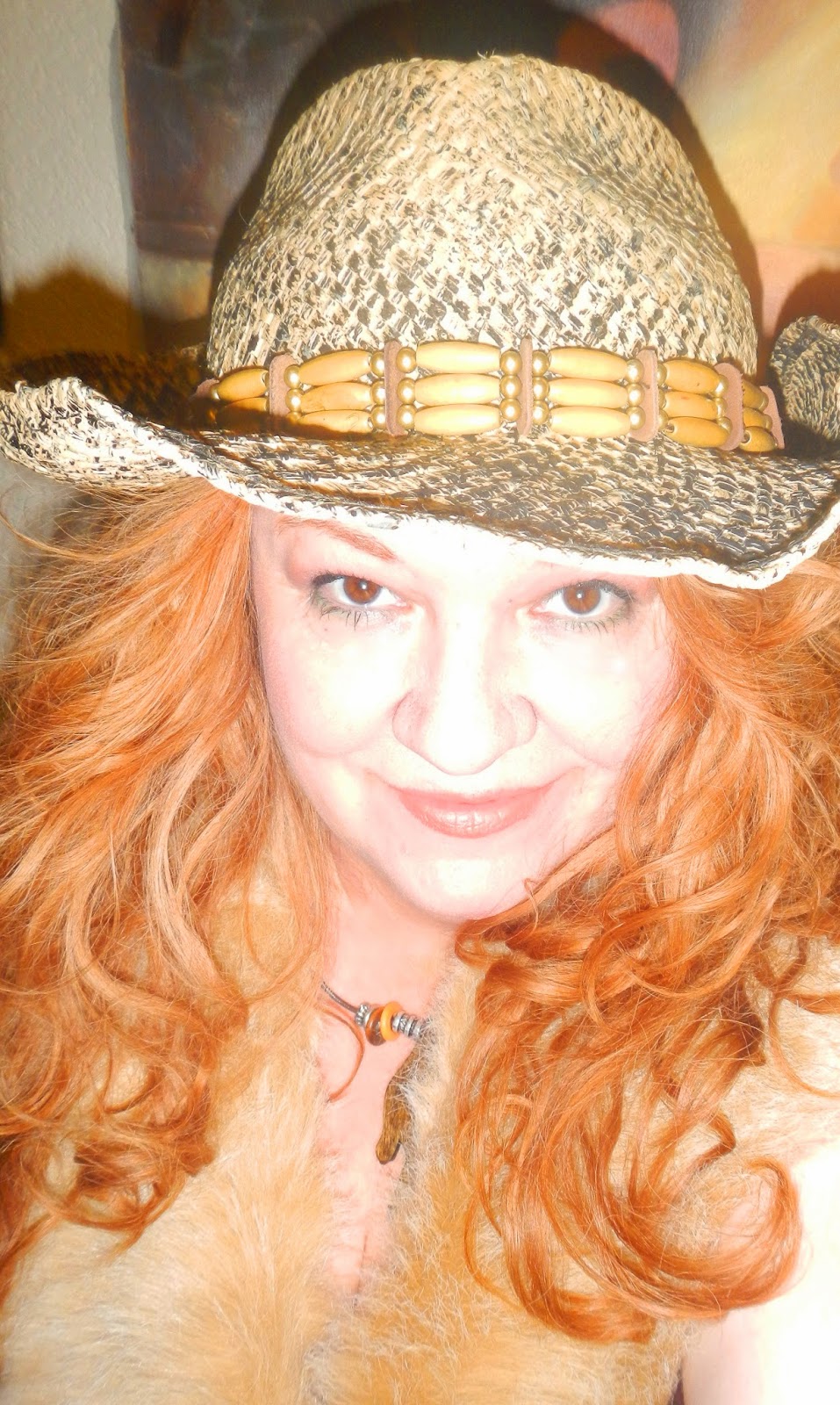