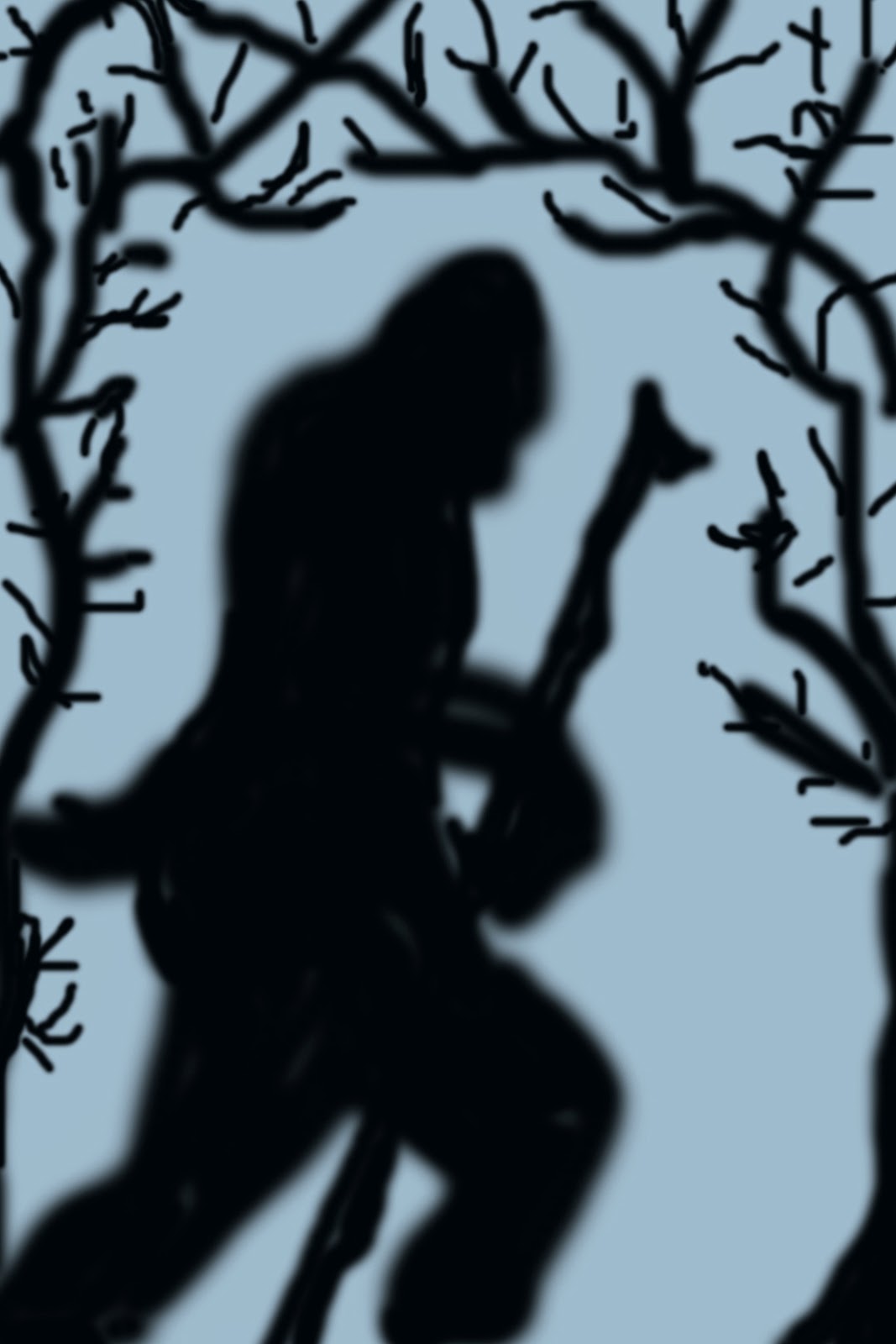 There's some interesting dynamics being reported from folks in the field in Texas. One of them involves some rather unusually aggressive behavior among potentially provoked Bigfoot, as well as "unnamed authorities" covering up the woodland activity and generally harassing Bigfoot researchers.

When probed about why the Bigfoot in East Texas are hoping around like bare feet on hot pavement, a poignant insight was made about the unlimited resources in East Texas and the rather tough to navigate thicket and bogs that make fantastic Bigfoot breeding grounds to perhaps the extent of creating a population boom.

Unless conditions change drastically, the majority of Bigfoot seem to stay in regions they are accustomed to and not migrating north and south with the seasons like snowbirds as some researchers believe. However, in a hugely disruptive environmental change, Bigfoot can push on to find better new territories. In some cases, resources can be endangered and that is where I have heard reports of  Bigfoot clans in Brazil being forced out for some time due to Brazil's huge push to build hydroelectric dams, flooding villages and huge acreage of rainforests which were their stomping ground.

Reportedly, these South American Bigfoot utilized systems of tunnels and channels of swimming to get on to lands to the north and away from the rainforests they had known their whole lives. Many settled in along the way in parts of Central America and Mexico, but yet more moved on into America, following a very promising and fruitful region in East Texas where even the local Bigfoots were having a population explosion in this unfettered paradise.  Between state parks and preserves, ranches, waterways, high population of wild boars and few people pushing through the brush - the Tall Ones found their Eden.

With the supposed influx of Brazilian Bigfoot into Texas lands, the disruption has caused all kinds of outcomes including aggression by a foreign Bigfoot that is used to a different treatment from the "hairless" ones in Brazil. The locals where they come from are used to allowing them free passage, not harassing them and generally not going into their territory.

Now, these displaced new tenants of the Texas wilds are being seen more often, not used to the objective of American Bigfoot to remain hidden while living in close quarters with the hairless ones. They are also having aggressive reactions to humans shooting near them and their young and being stalked and intruded upon.  Add into the mix that American Bigfoot understand that where the hairless ones go, there is a constant source of food and useful objects, to the foreigners this abundance is exciting and also very dangerous as far as being seen.

From insiders involved in this situation, the American Bigfoot are fine with sharing the land with the newcomers, but the American Sasquatch are also working to try and help the outsiders understand the objective of being not seen, not heard. There have been occasions in which aggressive action by a Brazilian Bigfoot has caused the American counterparts to step in and try to hold them back from hurting a human in their frustration. Whether this interaction is helping to adapt the supposed Brazilians or not is impossible to judge from afar, but another event is occurring that adds more to this powder keg.

Reports from Oklahoma and Mississippi, Arkansas and even Louisiana have shown more and more humans stumbling across Bigfoots who are pushing in on more populated areas and being seen on roadways and out in the open like never before, as well as seeming to be easily blinded by car lights and other things they would normally know to remain out of the line of.  The overall consensus is that there is a mass exodus of Bigfoot trying to leave East Texas.

Yet one more log on this fire is reports of potential culling of Bigfoot population by authorities of rather vague and shadowy origin. Unmarked dark helicopters, park areas being closed off, the sounds of shooting, Bigfoot screaming, and harassment by these unnamed officials towards researchers, as well as potential surveillance with cameras in the woods by these authorities who actively monitor and dispatch units to sites before campers even get settled in.

In general, the greater activity and more erratic behaviors noted in East Texas might be a good time to reconsider the use of guns in the field. Understandably, given dangers from wild boar and the like, guns are vital in the field, but one must also remember that shooting a Bigfoot is going to create violent and immediate retaliation. A shot up into the air is a better warning. The Bigfoot have shown that they do not want confrontation, but even the most passive of people become deadly when you hurt one of their family.

My advice would be, if you get the rare and unusual chance to see a Bigfoot, do not bother to rush and raise a camera which can be threatening. Simply take it in for the moments you are allowed to burn it into your memory. Allow free passage. This is all they have ever desired, the ability to have free ingress and egress.

Research is better handled in a different form than many have practiced.  One reason that landowners have positive and regular interactions with the Tall Ones is that they are predictable. Bigfoot live in constant anxiety of not knowing who is coming into their area, where they will pop up, what will happen, but landowners are certain members, coming and going regularly, predictably, and they know what parts of the property the humans don't probe around (my advice - always leave land that is a "safe room" for the Tall Ones to retreat to).  Researchers are up against a huge obstacle in trying to have interactions by yelling, knocking and scaring the Bigfoot away, coming into the woods for a weekend and causing disruption. The only way there will be successful interactions and study will come from preserves/habituation/circuit sites.

More on this in the future on this blog - it is a subject of obsession for me.