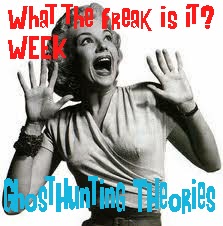 The Monkey Man of Delhi reports were born in 2001 in Delhi, India. Descriptions varied wildly from a 4-foot tall being to an 8-foot tall one. It was said to be covered in dark hair and to leap from building to building. Some reported a helmet. Others reported red glowing eyes, metal claws, and 3 buttons on his chest.

Some citizens were supposedly accosted by this creature and scratches, and a few fell when they panicked and ran, falling off buildings or down stairs.

It was believed to have is origins in mass panic.


Terror On the Rooftop
The worker painted the tar along a seam where the rain leaked in. With coming monsoon season, his business was on the rise. Exhausted but pleased by productive day, he stood back up and rubbed his low back.
Amir squinted against the setting sun, able to view much of the crowded city as it blotted out the dying light like dark silhouettes of a marching army. He wiped the sweat from his brow, when he felt the tingling sensation of someone watching him. He spun around, his dark eyes scanning the roof top until he caught sight of something dark by the doorway.
When it moved towards him, Amir stepped back, his eyes focusing on the orange light of sunset awash on the dark hair covering the small being's body. Muscular and sure on its feet, it stepped towards him, not 20 feet away. Amir trembled and his mind locked up. What should he do? What was this thing? Was it a prank?
"Who are you?" His voice faltered as he realized halfway through saying it that this was not a person in a costume.
The creature's red eyes blinked and the light emanating from them was unreal, lighting a horrible ape-like face that appeared angry and determined as it walked even closer.
"Stay back!" He threw up his hands. "Stay back, I want nothing to do with you. Just let me leave."
The creature stopped as if considering his words and then leaped all at once with one giant sprint towards him, bringing with it a rush of animal stench and a snarl.
Amir turned and ran, his toe catching the edge of the building just as he somersalted head first to the street below.
**For a collection of my short stories, check out "Don't Go There! A Flash Horror Anthology" where every story is timed so you know how long it'll take to read depending on your time constraints and the variety of many dozens of short stories cover the gamut of every horror subject possible with a special features section in the end that has short nonfiction stories of me being alone in places no one wants to be alone in. This is available in paperback on Amazon, Kindle and Nook (link above).**