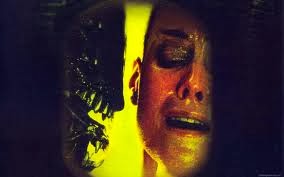 What Hollywood did to witches in the 1970s and demons and possession in the early 2000s, it is doing with the image of alien interactions. Other than ET and Close Encounters of the Fourth Kind, can you think of many "friendly" alien encounter movies?

When people encounter something novel, they must sift in micro-seconds through their vault of experiences and information about a subject. Guess what sifts through your mind when you run into a creepy building with a bad history of murder and mayhem and you feel a chill or you hear a sound? In those micro-seconds you sift through your collective knowledge of this novel encounter - you are relying on the memory base you have and that might be movies like "The Exorcist" or "The Exorcism of Emily Rose." It will definitely have an adrenalin response followed by an action, such as hysteria or running.

As a psychic, I know that we are only as good a psychic reader as we are an interpreter and you can't interpret accurately if you don't have a vast knowledge to pull from. If your only encounter with Jewish people was seeing someone wear a Yamaka, then Jewish customs and terms are going to mean nothing if they float through your mind. Such is the case with alien encounters. We are only as good at handling these encounters as our base of knowledge on the subject.

Reports of abductions and testing, horror and terror abound in the accounts of alien interactions, but as a paranormal investigator who offers reframing techniques, one has to ask - if they could truly hurt us, really wanted something from us, wouldn't they simply take us without regard to not interrupting our neighbors or families, placing us back where we belong, and leaving us to continue our lives?  Do our own researchers performing animal testing do this for the creatures they research?

We make a lot of assumptions that aliens would take over our world if we let them in or they would mean us harm, steal our resources, consider us ants on an ant hill, but in the reportedly millions of years they have visited our planet, they might very well be the reason we are here and able to be self sufficient and be such an interdependent planet with such viable intelligent beings upon it. In fact, we might very well be the proud children of these races who watch our progress, monitor our level of enlightment and tweak our gene pool when necessary.

I have a post going up on Wednesday in which I explain my encounters with aliens throughout my lifetime and it might give you a new concept of these "experiments" and that my encounters I have never once even had a twinge of fear; they have been positive ones.  But, perhaps, I am among the more enlightened and this is because I have known the intent of their business here and many others don't understand their part in this intricate and ancient interaction.

I hope that you start questioning how you receive information from Hollywood, even from reality shows. It is to their advantage to make things forbidden, scary, and even completely and totally ruin concepts, like making one believe witches summon the devil when their very spiritual practice has no devil concept, or that possessions happen and provide extraordinary examples of suprahuman outcomes.

If we have to sift through our vaults of information on subjects in nanoseconds, let's begin by being open-minded. There is no threat until there is an action and even that action is not a threat if we observe it. If you give a child a vaccination, they scream, but that was an intervention for their benefit.

In other words lets try to put this in perspective. We are still here. We are not being invaded. We are not being controlled, and we are not just disappearing right and left permanently. Given that context, let's reframe the alien experience to something more curious and less threatening.