The Future Of Bigfoot Hunters 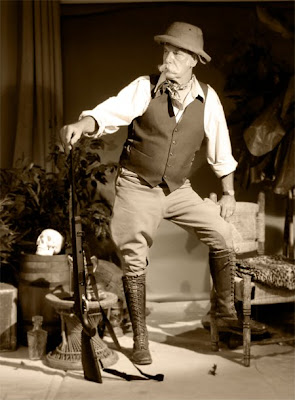 Well, once it is determined what BF is, protections will be put in place.  Harassing, shooting, and otherwise molesting Bigfoot will be illegal. That probably won't stop some nut jobs out there from trying, but for the most part all the legitimate groups seeking to understand Bigfoot will have limitations on being allowed to just roam the woods freely and set up trap cams.

Bigfoot hunters have a lot of arenas they can begin to transition into now, in anticipation of the day they may not be welcome to beat down the bushes any longer.  The most obvious one is to concentrate on the numerous other cryptids still out there waiting to be found.  Diversified cryptid hunters like Four Corners Crypto's JC Johnson have already been spending a great deal of time in search of all sorts of things from Thunderbirds to Centaurs, reports of Dogman to chupacabra. These sorts of researchers become keepers of legends and archetypes chroniclers of the backroads and superstition, as well.

Believe me, proving Bigfoot is not the big goal. The goal is understanding their part in our world and how they came to be, why they've been able to do what they have and learn a respect for another upright being with intelligence and who really doesn't want to war with us. It's like we found we had a sibling that was adopted out as a child. We are eager to learn what we have in common and to bond.