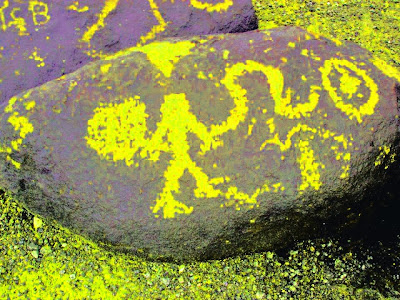 This picture above is of a HoHoKam glyph from before 1000 AD. (enhanced with color so you can see it better). Going to this site in the desert, it dawned on me that their glyphs are readily admitted by scholars to be portraying many anthropomorphs. Was this the case, or were they drawing beings that they shared the land with?

We make assumptions that you must go into forests to find Bigfoot, but there is no reason to dismiss the desert as infeasible. If we agree that Bigfoot is of man's family, he would live where man lives. And Natives lived in the desert for a millenniums. 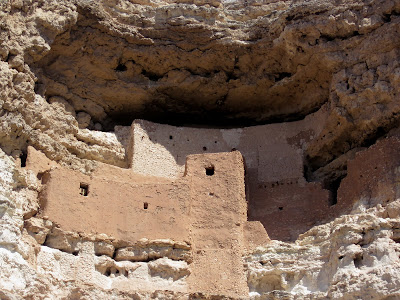 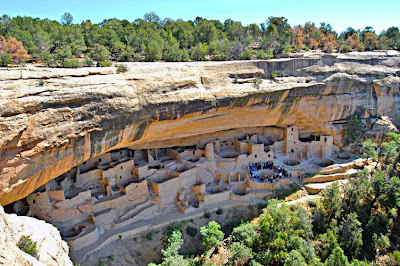 (Mesa Verde, Pueblo dwelling in Colorado, their dwelling there ended around 1300 AD)

All the resources Native Americans depended upon to live in this inhospitable place, were available to Bigfoot as well. And, don't let a hair-covered body dismiss the feasibility. We have plenty of hair covered critters here and humans with hairy bodies and long hair. That would not be incompatible, in fact, it might protect them more from the sun. We also have more than enough underground natural habitats with caves to be able to comfortably exist in the desert.

In other words, if man can live here - Bigfoot can too - we are of the same family.

The Apache, Hopi, Navajo, HoHoKam, Sinagua, and more tribes have inhabited the Desert Southwest for thousands of years and adapted to the climate, water supply, food sources and more.  Climate change might have been the end for some tribes, but it's believed by many that they didn't go extinct, they simply assimilated into other tribes in other areas as they moved out of dry places.  During this time of advancement and retreat during good weather and bad, the tribes of Bigfoot could have, as well, headed up to the North Country where the mountains and rainfall made it much more feasible to exist. In fact, the Mogollon Rim in Arizona has a great deal of reports of Bigfoot activity.

Do Bigfoot still exist in the desert? I believe they do. Whether they are trekking through or live in cave systems, I can't say, but I heard a compelling story from someone who has lived in the Phoenix area all his life, an older man, who is a skeptic about many things. But, he readily admits, as a kid growing up near the canal system where he fished on the outskirts of Phoenix. He ran into Bigfoot more than once and once face to face, perhaps 55 years ago. 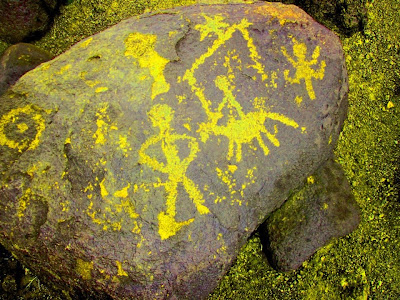 As I stood in the desert outside of Gila Bend, Arizona and studied the ancient glyphs of the HoHoKam tribe, I looked around me to realize that the land was once quite wet, like the Nevada desert where the Paiutes once had an ancient fight with the red-haired giants at the edge of an enormous lake that gave them life and sustenance.  The water still exists in the Gila River. In fact, one man claims to have shot a Bigfoot in that area at a dam. Whether his story was convincing or not, it does make us realize - wherever man can live, Bigfoot can too.