Are We Ready For Bigfoot? 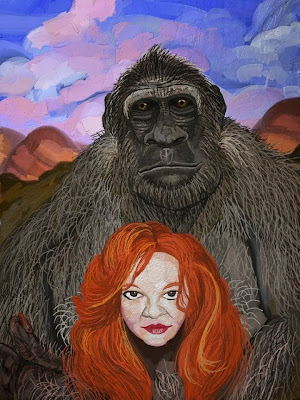 As I prepare to end "Secrets of Bigfoot" month at Ghost Hunting Theories, I can't help but wonder about the future and official discovery of Bigfoot. 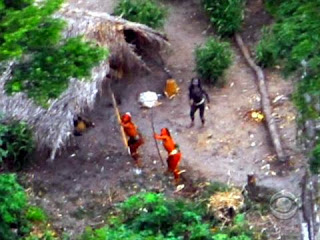 There's an assumption of how traumatic it would be to have Bigfoot face us and our modern ways, but it's my deeply held belief it's the other way around.

We are not ready for Bigfoot.

And, I believe they know it. For some time, folks in rural areas have been admitting Bigfoot has gotten bolder about interactions and more attempts to confront the hairless ones and the overwhelming feeling is that we are not passing their tests, including walking right past the clues in the wild that they left behind for us.

The dilemmas start at the governmental level and continue down to the level of health care, social services, and personal rights.  Imagine having to not only recognize a tribe of humans, but they are not another race of humans, they are a whole different branch of genus homo.  It raises too many questions we aren't ready to answer:

Are they intellectually capable of understanding their rights and our rights?
Do we owe them lands even though they don't see land as something one "owns"?
Do we institutionalize them?
Do we send out health care workers to inoculate them and check their health and social situation?
How do we keep hairless ones from harassing them and allowing them on their property?
If we set up a huge "Reservation," how the hell do we wrangle them up to live on it?
Do we assimilate them?
Should we make them join our world?
Do we have affirmative action for hiring Sasquatch?
Do we interbreed?

Perhaps the most difficult question for us is - how are we related? How are we different? And where the hell did this branch of man come from?

It could be that what we find won't jive with either our notions of evolution or the Divine. Could there be a greater threat to mankind trying to assimilate a new reality? Many would fight the findings, become enraged as if we're taking away their belief systems.

I believe Bigfoot knows we are not ready, but I do believe they keep waiting for us to evolve and be ready for a new reality. We think we're cautious about their fragile minds but perhaps it's the other way around. Perhaps we are the archaic ones and not ready to enter their world. We're the ones being limited to areas we're allowed to roam while they wait for us to get a clue.

In fact, they might be observing us instead of the other way around.