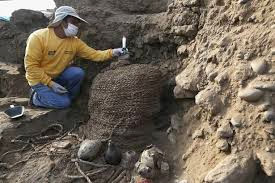 In a suburb in the capital of Peru, two 1000-year-old mummies were found.  They were found in what was an ancient religious complex and the child was thought to be perhaps buried alive with the dead adult as an offering to the gods. There were also jars with guinea pigs inside and cat designs on the outside. 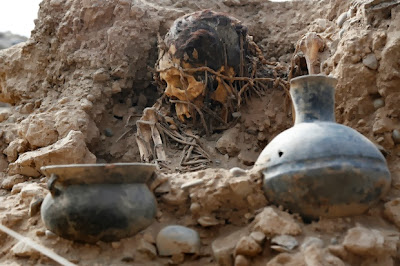 All the mummies found in this ancient complex were in squatting position, wrapped in rope. They were believed to be part of the Wari Culture that was around 100 to 600 AD and disappeared with no written language on record. 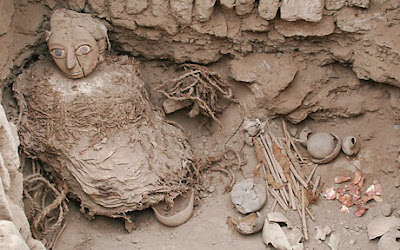 This woman was wearing a wooden mask and, as you can imagine, it startled the people who found it. Many ceramics and textiles were found.

Now, that suburb must seriously have some interesting vibes -