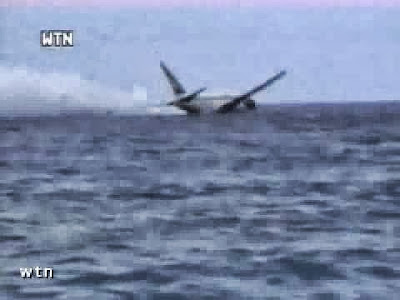 You dream that your uncle dies. The next day, you get a call from your aunt; your uncle died. You go to sleep and during the night you dream about the house shaking. You wake up in the morning, stumble into the living room, turn on the news and find out a big earthquake hit in Guatemala.

Even people who do not consider themselves psychic, at some point in the lives, have a dream of some impending calamity. My son, a few days before Billy Mays the TV pitch-man passed away, said he had a dream that Billy Mays died under questionable means. He woke up feeling sad that it had happened until he realized, the man was still alive. Days later, when Billy Mays passed under questionable means, my son shook his head. "I don't want that skill."

Understandably, those who rarely have prophetic dreams are uncomfortable with these events. But, those of us who have had many over many years, have to learn a new attitude about this ability to see briefly into an event that, to us feels as if it is already fact, even when it has not physically occurred yet in this realm. My first airplane disaster dream I recall having was in the 1980s. It was a Hawaiian bound flight that blew a hole out of it and a flight attendant was sucked out of it. In my dream, was I was flying without a plane, but flying on the copilot's side of the plane, about evening with the tail section, perhaps 500 feet away from the plane. A huge hole blew out behind the cockpit and a female flight attendant came flying out.

I woke up, feeling unsettled and creeped out, but was going to go about my day until I heard on the news this very accident. I had to sit down. I wasn't sure what to make of this insight. I hoped it was a fluke.

The "fluke" kept happening to me, earthquakes, helicopter and plane crashes mostly. In each dream, I was a passenger on the plane, a silent witness. The way I learned to know it was a premonition dream was that if I spoke to anyone, they did not see or hear me or address me during the flight. The plane blew up, crashed, was hijacked, came down and I followed the scenario the whole way. I learned over the years that this premonition happened within 48 hours of the actual incident and I also learned to not get emotionally involved because I knew I was there, but only to see it, not to physically be harmed.

One of my latest ones was a new one for me. I dreamed there was a meteor coming to hit the earth and I told people and they said, "Oh, we know about that, it's nothing." I thought "don't you realize this is going to hit???" I was exasperated. I told a friend about the dream and he said, "Oh, that's the asteroid. It's coming near earth, but gonna miss us." And it did. But, a meteor did hit that no one saw coming.

Someone asked me one time, "don't you feel guilty when you have these dreams?" I look at it this way, I'm nobody. Who is going to stop all flights because I had a dream? There is a destiny in the universe that will occur and we will all know about it when it physically happens. I simply know it a bit ahead of time. It's as if I can time travel in a way. I can't stop these things from happening, but this perspective of knowing them ahead of time has taught me much about the truth of time and events -  they are man-made concepts.

Everything that has been and will be is simultaneous, dimensions share the same space, and upon occasion, when conditions are just right - we tap into the universal knowledge, some would call Akashic Records others channeling, and still others would call it time traveling or psychic prophecy.