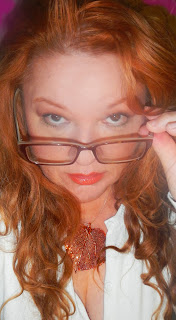 Belief is a powerful thing and it colors how we explain things in the world. If someone loses a loved one and believes in God's Will, he believes this was the person's time. One who believes in random acts of living believes it was just plain old bad luck and timing.  Same evidence (death of a loved one) interpreted two very different ways.

We can believe in Bigfoot, aliens and UFOs or ghosts, but when that explains evidence to us, then we are not employing critical thinking. A sound in a reportedly haunted location does not a ghost make. It makes a sound. A sound is not evidence of anything except a physical dynamic creating an audible outcome.

Someone recently shared a video of a reported Bigfoot. Besides the very contrived setting of the filming, all that was seen was a glimpse of something that looked hairy, moving out of frame within seconds. There were no details.  Someone in the BF community insisted it was legit because the witness was well respected. But, witness and evidence have to be separated because if you believe in someone, you now have a colored explanation when they tell you what they saw (remember how belief can create your interpretations?). This witness had only a tiny fraction of a moment of something with hair in the distance on film. But, he said it was a Bigfoot and a researcher believed the witness, so accepted what he was telling him. This was not film of a Bigfoot. It was film of something nondescript and hairy moving deep in the woods. With that moment in time long gone, we cannot ever prove that the hairy thing was a Bigfoot.

Employing your critical thinking is essential because if the context is ghost hunting or Bigfoot hunting and you see something or hear something you don't have a ready explanation for it, it's easy to attribute it to the context - searching for the unexplained. But, evidence is a murky thing. It rarely shows itself so blatantly as, say, the Patterson-Gimlin film, and so you're left with either someone's word on something coloring how you view the evidence or you have evidence that is incomplete and you cannot say one way or the other what it is.

It's important that we separate belief in a subject from belief in the particular evidence being presented.  We can have belief and yet still be critical of evidence. That is the sign of a thorough investigator.

We all know someone who thinks everything is a ghost and everything is a Bigfoot. There pages on Facebook devoted to "find the Squatch" blobsquatches where a person goes into the woods and every single time, comes back, uploads their photos, and see a BF in every shot. To them, they are clear and obvious and to others who frown and study them, they are hopes and wishes.

I find the easiest way to employ critical thinking is to ask myself to describe to myself what I am seeing without giving it a name or conclusion.

"I see something that appears to have fur, nondescript shape, and is moving out of frame." This is only the absolutely logical description without any belief or interpretation. A wrong way of employing this would be, "I see a Bigfoot moving away from the camera." That is the belief coloring in the things that are not actually seen on the film.

Evidence is a very difficult thing to wrangle up in the para-field and nearly impossible to get evidence that is quite clear, quite obvious and not explainable by means of hoaxing. This is why evidence cannot ever be proof. We may be asked to make these assumptions in a court of law, but a moment in time in which a crime occurs does not always yield enough documentation of evidence to prove clearly. However, in a field that hopes to take para-experiences into the recognized science, video that can be hoaxed and audio that can be misunderstood cannot do it.

Each researcher must decide what evidence they find compelling, but reserve the right to dismiss that which does not hold enough substance to be relevant.