Do We Have Collective Amnesia Of the Ancient Giants? 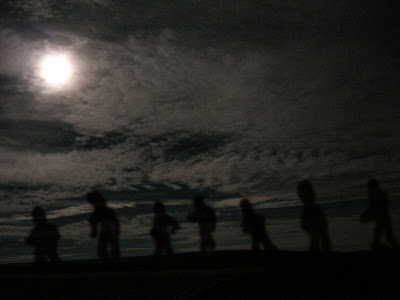 “The eyes of that extinct species of giant, whose bones fill the mounds of America, have gazed on Niagara as our eyes do now.” Abraham Lincoln

Epic of Gilgamesh (Sumerian text) tells of the Annunaki who were said to be giants and part human/part god.

"The Emim had dwelt there in times past, a people as great and numerous and tall as the Anakim. They were also regarded as giants [Hebrew rephaim], like the Anakim, but the Moabites call them Emim (Deuteronomy 2:10–11)." Bible

According to the Paiutes, the Si-Te-Cah were red-haired band of cannibalistic giants.

According to Native Americans in the Ohio Valley area, the giants were here when the paleo-indians first entered the continent and this giant race was violent and evil. The Natives gathered forces to fight them off and kill off the last of them, so they believed.

New York Times May 4, 1912
First reported in the 4 May 1912 issue of the New York Times, the 18 skeletons found by the Peterson brothers on Lake Lawn Farm in southwest Wisconsin exhibited several strange and freakish features. Their heights ranged between seven and nine feet and their skulls "presumably those of men, are much larger than the heads of any race which inhabit America to-day."
Above the eye sockets, "the head slopes straight back and the nasal bones protrude far above the cheek bones. The jaw bones are long and pointed, bearing a minute resemblance to the head of the monkey. The teeth in the front of the jaw are regular molars."

"Before there were any humans on Pallene, the story goes that a battle was fought between the gods and the giants. Traces of the giants' demise continue to be seen to this day, whenever torrents swell with rain and excessive water breaks their banks and floods the fields. They say that even now in gullies and ravines the people discover bones of immeasurable enormity, like men's carcasses but far bigger."
--Greek historian Solinus, c. AD 200

"Throughout the length and breadth of central and far western New South wales, Aboriginal traditions speak of the Bulloo, or 'giant men and women', who they claim were 3m tall beings who wandered the land eating giant marsupials and other Australian ice-age 'megafauna' which they killed with large stone clubs and other giant-size implements.Further to the east, there dwelt the 'Jogungs' and 'Goolagahs', or 'giant hairy ones', tool making giant hominids sometimes confused with the Yowies, and who may, or may not have been related to the Bulloo."

The Norse had the Jǫtunn (Proto-Germanic *etunaz) might have the same root as "eat" (Proto-Germanic *etan) and accordingly had the original meaning of "glutton" or "man-eater", probably due to their enormous diet because of their size.

For the Basque people, Giants were reluctant to convert to Christianity who decide to stick to the old life style and customs in the forest. Sometimes they hold the secret of ancient techniques and wisdom unknown to the Christians, like in the legend of San Martin Txiki, while their most outstanding feature is their strength. It follows that in many legends all over the Basque territory the giants are held accountable for the creation of many stone formations, hills and ages-old megalithic structures (dolmens, etc.), with similar explanations provided in different spots. However, giants show different variants and forms, they are most frequently referred to as jentilak and mairuak, while as individuals they can be represented as Basajaun ('the lord of the forest').

Note: One has to wonder if perhaps nearly every indigenous culture upon the earth has stories of giants, giant skeletons have been found around the world, and even religious text has details about them, that perhaps it's because they had a collective knowledge we have lost, or perhaps we aren't willing to look at the present day evidence because it doesn't fit into our education or our belief systems....