Do It Yourself: Burying Your Own Family Members

I saw this documentary on instant watch on Netflix and it was fascinating. I was both horrified and very sad and also comforted at the same time. By the time it was done, my typical American fear of dead bodies and dealing with death was gone.

“A Family Undertaking: POV” is an amazing PBS documentary that shows how even today family members can and do opt to do a loving funeral themselves, sometimes involving the dying person in the details of their homemade casket and such. The process is watched with people who are dying and their funeral by their family members. It’s very intimate and very strange and surreal, but also in the end very loving and almost joyous.

As I will do for posts this month, the following is a list of movies that this subject might inspire you to watch - if you dare! 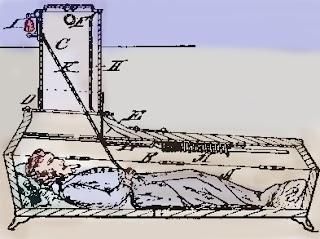 In the Victorian era, a lot of hysterica abounded about being accidentally prematurely buried. Safety coffins were the rage with a bell attached to a string within the coffin so the buried person could ring it for rescue.