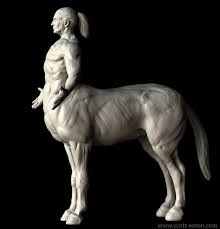 Chimeras are said to be a creature made up of other creatures genetically manipulated so that it has some attributes of each beast incorporated. In the case of the Centaur, above, it is a man-horse combination.

Are such things possible? 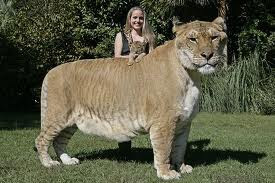 The combination of these two great cats creates an enormous and also sterile offspring, much like the mule that is a donkey-horse combo. These creatures are possible, but they are so similar genetically that there is no exceptional jump in appearance when incorporating the two aspects.

Is this an inherent legend in man that carries on even today? It might have more to do with spirituality and the concepts of taking on characteristics of animals to become more than just human or god-like. In Native American culture, there concept of shapeshifters and Wendigos include a magical ability to transform into man-beast combinations. As well, werewolves have been a popular subject for the concept of a man turning into a wolf and becoming something wild with the dexterity and knowledge to be a man.

Hindu, Egyptian, and many other ancient cultures incorporated man/beast into their gods. It's a very universal theme.  Here's just some:


Centaurs are the horse-man combo and, even though these creatures were associated with ancient mythology, even in present times, people are claiming to see them in the Southwestern United States. An amazing account is recited at my favorite blog, Phantoms and Monsters.

There are plenty of questions about ancient aliens and if there had been DNA manipulation in the past creating the sentient family of man utilizing some of the DNA from the ape family, then creatures such as Bigfoot, Dogman, Lizardman could also be simply remnants of shelved experiments. Are chimeras in our mythology representing a history we have forgotten? Perhaps that is the most intriguing aspects of these "abominations."