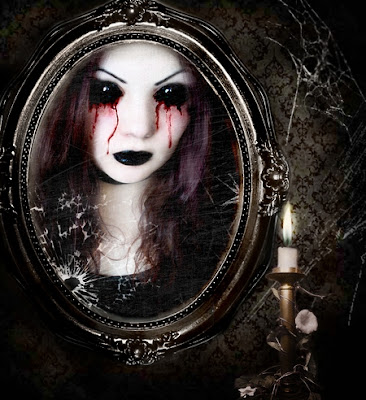 When I was younger and my friends dared me to do it and I couldn't pass up a dare, I remember holding my breath after the third time I called on Bloody Mary. Nothing happened, but my mind rushed with fear, wondering what would happen if it DID work. No one had explained what would happen. Would she possess my soul? Haunt me forever? Pull me through the mirror?

Something inside me shifted as a kid when I realized that nothing happened when I said her name into the dark mirror many times in a row. It dawned on me that perhaps legends are just to excite us and to test our mettle, but they have no basis in fact. It made it possible henceforth as an adult to explore the paranormal without taking others warnings to heart and being afraid to push the limits of interactions.