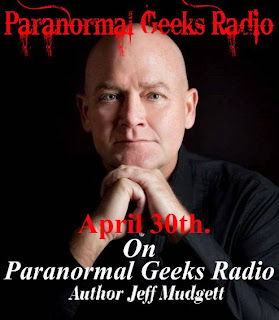 Bloodstains is the startling tale of one man’s search for the truth after inheriting the personal diaries belonging to his great-great-grandfather who he discovers was America’s first and most notorious serial killer Herman Webster Mudgett. Better known by his alias H.H. Holmes, Mudgett was the mass murderer who struck terror into the nation by being the proprietor of the infamous Murder Castle and stalking the streets of Chicago during the 1893 World’s Fair. During his incarceration awaiting execution, well over a century ago, Holmes admitted killing 27 innocent victims, but the evidence the author locates indicates hundreds more likely. From his investigation, Jeff Mudgett, the direct descendant, learns that Holmes’ reign of terror was worldwide and not limited to Chicago as has been so widely believed. Based upon never before revealed historical facts, Jeff pieces together a dynamic and extraordinary puzzle, including the strong possibility that Holmes was also Jack the Ripper.

Be sure to have your computer/laptop/device handy. He will be sharing some evidence.  I'm listening by candlelight with some Sangria. Ahh, wonderful evening.