Dale the Doll: UFOs and Aliens 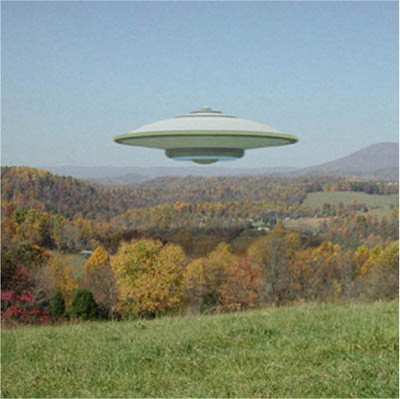 Where did this week go? I can't believe I'm down to my last blog post. I gotta get The Human to let me do this again some time. It was awesome giving you readers the real truth from a doll's point of view.

This post is going to be about UFOs and aliens.

You wouldn't think that dolls would care one way or the other about flying machines in the sky, but nothing could be further from the truth. They are harbingers of doom for my kind.

Those alien grays that are associated with UFOs are very concerning to us dolls. They are the one being that can control dolls, because as much as humans like to think they can, they have no power over us. The grays, however, have an agenda with us dolls. I can't tell you how many thousands of dolls go missing every year; never to be heard from again. I don't know what they're doing with us, but I know that if I saw a UFO, I'd crap my pants just before I find a really good hiding place.

It's my understanding that grays like humans because they want their DNA, their eggs, their sperm, or to just study their habits. When it comes to dolls, though, they want to take them back to their creepy planet. They have plans to use us as models for how they design beings on other planets.

Sure, out there in the big universe is a planet filled with Barbies and Kens as occupants. Another planet has voodoo doll life forms. And the Earth? Mannequins, of course! What more proof do you humans need? We must stop this because (gulp) some day there might be a planet of ventriloquist dolls and I don't freaking want to know what doll they will steal to model that after!