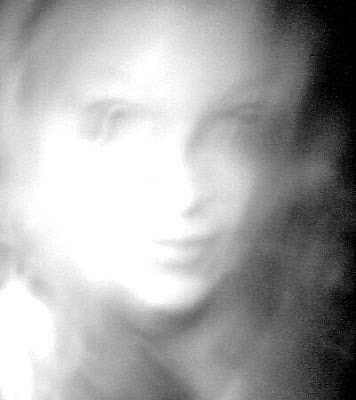 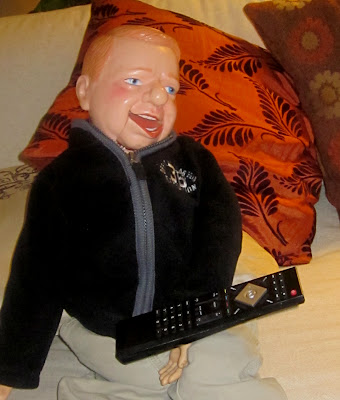 This week, I'm taking over the blog and you'll get to hear how I, Dale the Doll, see the paranormal world. This is gonna be fun!  Today, I'm talking about ghosts -

I'm not sure where other dolls stand on the subject of ghosts, but I freaking know they're true. I lived in an antique store for a time and it was haunted up the wazoo. When the owners turned out the lights and went home, the place came to life with dolls running around and goofing off, but that's also when the ghosts came out. They made awful sounds, moved things around, stomped around the old wood floors, and caused a horrible draft. Sometimes, I could hear them whisper in my ear. Calling my name. Taunting me. I found a really nice old armoire to hid in until the morning. Ghosts are freaking creepy.

Humans are scary enough, but dead humans (as attractive as that concept might be) are freaking horrifying!

Some of you who've been reading this blog for years might know about the evil magician's spirit that enters me in the month of October. It makes me do evil things and I am not responsible for what I do. Being possessed sucks. Oh, sure, a ventriloquist doll should be used to possession, after all, he's owned by a ventriloquist, but the truth is the doll brings the ventriloquist to life, not the other way around.

Did you know that dolls can be ghosts?

I think my Uncle Walt might be haunting me. I say this because sometimes, I think I can smell that smoky scent of his jacket. His owner was a smoker and Uncle Walt had decades of smoke residue in his old suit. Eventually, the owner died and Uncle Walt was tossed into the trash with the rest of the smoke-covered belongings. And, on a very stormy night, I can hear Uncle Walt's voice calling "strike!" when loud thunder sounds. He always did call it "angels bowling."

The Human doesn't know it, but we had a ghost visitor in our home for a time. She might have noticed some things moving on their own, poltergeist stuff. What she didn't know was what was doing it. There was a man ghost walking our halls, moving things around, sometimes standing by her when she slept. She didn't understand what was going on. Well, this explains why I was being so weird - turning on the hall light. I thought it might scare him away from her room.

But if you tell her, I swear I'll find you!