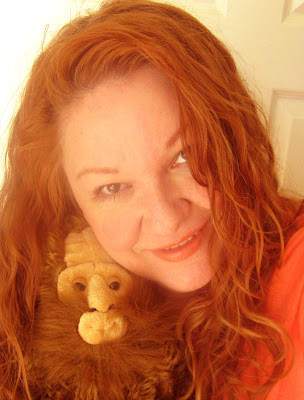 The Human loves her stuffed Bigfoot. It sleeps in her bed!  She's had me a lot longer and I never get invited in there!

It gives me the heebie jeebies. Yeah, I don't like clowns, but the idea of bigger hairier humans walking around outside is enough to keep me indoors forever!  Don't even get me started with sea monsters! 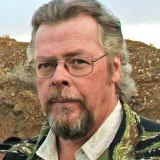 The bravest human I know is JC Johnson.  This dude is a total Indiana Jones meets Steve Irwin of the cryptid world. He leads a group called Crypto Four Corners and this freaking badass guy actually goes into the wilderness hoping to encounter this strange stuff.  For a human, he's okay.  Here's one creepy-ass case he's working on -

What do I think of these cryptid creatures? They can't possibly exist. Why? Simple logic: Because they would have eaten all the damn meaty humans and taken over the world.

Loch Ness monster? It can't exist for the simple reason that there would have to be more than one of them to remain populated and the chances of seeing one would be much higher. Let's not even mention the lack of food in that lake to keep a beast that size alive.

Dogman? Werewolves are not feasible. Humans are not like dolls. They cannot shapeshift. If they did turn into a beast, it's obvious that it wouldn't be a dog. Dog's are Man's best friend!  It would hardly be scary.  If a man-creature existed, it would have to be a spiderman because those boogers seem capable of making humans horrified beyond reason.

Thunderbirds?  They can't exist. If they did, imagine the size of bird crap on humans' cars? And the bird calls when they are in mating season? Deafening! Let's not forget, birds don't walk anywhere, they fly! We'd see them in the sky all the time, blocking out the sun.

Bigfoot? I think that is the only real cryptid. Man can be hairy and walk on two legs and smell awful gamey. It has to be a human. Just one that is antisocial. I don't blame them. In fact, if they weren't so freaking hairy and big, I'd probably hang with them and hide from the humans. Except, I'm creeped out by those big hairy monsters.

Cryptids? I'm not buying it, but The Human does. In fact, she's a member of the Crypto Four Corners team. Maybe JC can get her eaten by a monster for me so I can have the apartment to myself. Hmm.... I think I need to check The Human's phone book and give my hero a call.