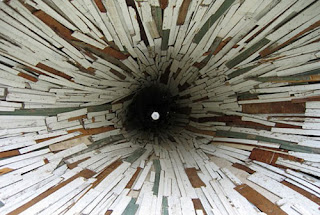 Popularly termed NDEs, near-death experiences have been with us for as long as man has recorded his history for others to read. The moment of death and what occurs when the heart stops beating has been one of the major focuses of man since he had the ability to realize he was mortal.

Many religions have been born with the promise to fearful mortals that there are rewards after their hard lives. Whether or not there is an actual “other side” will not be known until one passes and even then the answer may not be provided if the end is nothing more than darkness and loss of consciousness. But, we do have an interesting advantage with modern medicine, the ability to yank someone from the other side and back again to tell of his experiences. This occurs much more nowadays with our understanding and practice of resuscitation methods.

People’s experiences with near-death have given us some insight into what visual and sensory experiences might occur when we ourselves pass. There are strong commonalities in the stories told by people who passed on and were revived by CPR. These include; traveling through a tunnel, seeing lights, encountering beings (most often deceased relatives), gaining insight and retrospection on one’s life, leaving one’s body and looking down upon it, and being told to return to one’s body and finish his earthly mission.

Dr. Raymond Moody was perhaps the first to popularize the terminology and talk about this phenomenon openly in his first book “Life After Life.” I read this interesting book in the mid 70s, not realizing that my father would be dying very soon before my very eyes. After four minutes of trying to revive him with the paddles, the paramedics rolled him from the house. He smiled at me and said, "I was on a fiord (he was from Norway), my family was there, my parents, and there were flowers that don't exist and colors that don't exist here." When he died a few days later, his contentment with the other side made it easier for me.


I was comforted to know that, even if perhaps there is no “other side,” those moments of death provide a wonderful vision that is comforting. The emotions and visualizations are bliss. But, if this is purely a function of a dying brain as some scientists believe, then why not random firings and confusing images? Why a complete storyline from an oxygen-deprived brain? And more importantly, how?

When my father passed, I had plenty of time to consider NDEs. I wondered why in the moment of complete and utter shutdown of all systems in the body, people experienced the same thing. Why see dead relatives? Why not see the live ones you have to live for? Why not see the beach in Hawaii from your honeymoon when you had the happiest day of your life? Why not see a lottery windfall? It was that bit of wonder that kept me intrigued by NDEs as potentially legitimate examples of afterlife.

I, myself, was born pulseless and breathless and was revived at four minutes from birth. Some say that’s why I’m psychic. I wonder if that is what made me feel different than others in my family and everyone else I came across. There was something not entirely of this world about me. I always had a way of looking at things from a universally bigger picture and was not concerned with the details. When others fussed over the hem of their dress or the way their car was parallel parked, I was feeling a part of a bigger picture, a massive machine, a universe in which I was the butterfly flapping its wings and changing the world just by getting up that morning. I’ve always felt I extend past my body and the human experience in a mortal body is awkward and strange. Did I gain this perspective from my newborn NDE?

This site offers a good deal of information on the subject if you’re interested. There are some great examples of what people have experienced. Some of them even describing their own operation from the perspective of the ceiling!

People who underwent this sort of event report huge changes in their goals, their personalities, their lack of fear of death, and their connections to other human beings that are permanent.

If you knew this was your fate upon crossing over, how would you live your life now, if you didn’t fear death but embraced living? What goals would you go for? What would you not put off until tomorrow?


("Through the Wormhole" Is There Life After Death?)