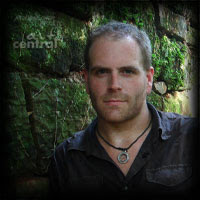 Not sure about the overused premise, but I'll watch anything with Josh Gates hosting it. This show is actually his baby. I think what he understands about "Destination Truth" is that people love to see folks stranded in terrifying places, all alone, in the dark.

"Stranded" is Syfy's new attempt to feed the hungry beast that is paranormal geeks TV viewing.

Created by Josh Gates (Destination Truth), Stranded is an all-new reality series that documents an unconventional – and terrifying – paranormal and psychological experiment. Each episode features the self-recorded footage of a diverse group of every-day paranormal enthusiasts - from newlyweds and a brother-in-law to a trio of roommates.

Each team of three will be stranded at one of the most haunted locations in America and record the entire experience with hand-held cameras creating a suspenseful, completely unscripted first-hand account of each group's stay.  Over the course of the confinement, the group will cope with increasingly pervasive feelings of fear and desolation, resulting in an experiment that represents a unique combination of psychology and the paranormal.

Stranded is executive produced by Brad Kuhlman, Casey Brumels and Josh Gates for Ping Pong Productions and Jason Blum for Blumhouse (the production company behind the Paranormal Activity feature film franchise and movies like Insidious and Sinister).