What Does It Mean To Believe? 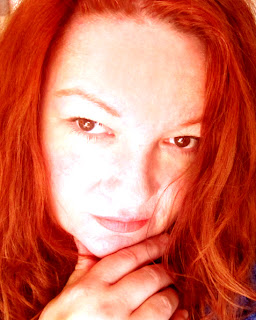 I hear people toss around the "belief" word a lot.

Belief is an interesting thing.

To some, belief involves hope and wishes,
"I believe (hope) we will the Super Bowl this year."

Then, there is belief that represents acceptance of a form of evidence,
"I believe the Bible is proof of God."

Sometimes, it's a combination of hope and a form of evidence,
"I hope there is an afterlife and people with near-death experiences are evidence of that."

For some, belief happens without question. They accept something and never really understand the origins of that acceptance. They don't stop and reevaluate it. Perhaps they just find it "feasible." Such as, "I believe in Bigfoot." (But, have never seen one, read about it, pursued knowledge about it, it just sounded like a reasonable concept that others believe in--after all, the woods are big, right?)

All of us enter the field of paranormal research with beliefs. My personal belief is that I have no freaking idea what this phenomena is and so all explanations are open.  But, others might enter it with a firm belief that we are dealing with the souls of the dead that didn't make it to Heaven.

The problem sometimes with beliefs is that they color how we explain things.


An ideal researcher has no set beliefs in what the phenomena is, whether he has belief in God, Heaven and the afterlife.  I like to approach these things as if anything is a possible explanation. If your belief if strong, a haunted location is not going to make or break that belief.

I try to look at it from every angle including human psychology and perceptions, our weak senses, our fears and beliefs, self explanatory style, the setting and context, the weather and conditions, and so much more. It's a paranormal soup, but a truly good researcher stops and asks himself "what flavors are making up the soup and how did the cook go about making this fine dish?"

It's okay to have beliefs, just be aware when they color how you explain things that happen in the field of paranormal study.

Do not use the evidence to support your belief.

If you are not in ghost hunting to prove a belief system, but to find out what might be happening, then you will be able to leave with your integrity and your belief system still intact.