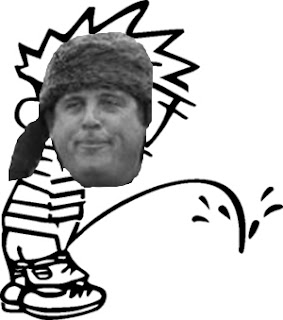 BEST LINES OF THE SHOW
Bobo: "(squatch language) uses Native American with, I don't know, some monkey jibberish mixed in."
Bobo:  "Having some crazy chick in the woods isn't as absurd as it sounds."
Bobo:  "Squatches appreciate music and musicians." (see my meme below)
Cliff:  "This place is super squatchy."
Bobo:  "I saw piles of fresh elk scat all over the place. I'm stoked!"


The team went to Northern New Mexico where some thermal of supposed squatch does not impress Ranae who says it could be a person. Bobo mentions his best squatch sighting was there and that it said a word the Native Americans said meant "I am here." Ranae was the lady pied piper, walking the road and making girlie ramblings.  When nothing really happens, Bobo plans to stay the night while the rest go to a town hall meeting.

They pursued a man's story of seeing two tall ones at a guardrail Moneymaker thinks was twins, then a young couple who camped out and saw one walk past their SUV, and then the woman who saw one look into her bedroom window.  They are finding a 7-foot-something Bigfoot in several incidents, believing them to be of the same clan.

Bobo decides to drink tons of water and then pee all over the place.  He drinks 3 gallons and starts pissing around the camp.  They go into a caldera where it seems to be the ideal place given the witnesses and the food sources. They do a lot of howling. Not much of anything going on.  Then, Ranae got something along the tree line that looks upright across the field from them.  It ended up being a small tree retaining heat. Not much of anything in this episode except that Bobo can hold in 3 gallons of water and Squatches appreciate music and musicians.... 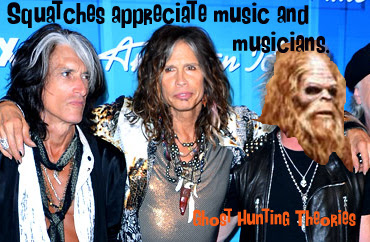 Don't know, but I think the episode was very poorly edited. Not sure what went wrong. It just kind of felt odd and not right. Luckily, next week is a 2-hour Aussie Yowie delight! I can hardly wait, mate!