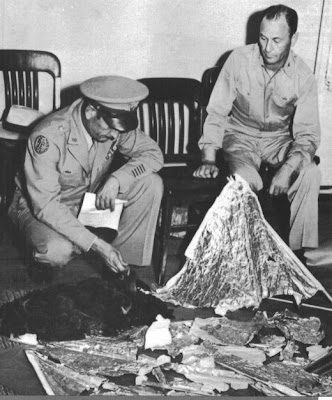 Roswell Coverup
The summer of 1947, something crashed in the desert in Roswell, New Mexico.  The conspiracy took hold when a local military man from the base announced to the press that a flying disc had been recovered. The following day, a higher-up retracted that with a "it was a high-altitude balloon." Witness reports from supposed medical workers saying they handled "small injured" beings from the crash combined with stories of one of the military men showing his family parts of the crash with what looked like hieroglyphs, set in motion all the best ingredients for a local urban legend that over time would grow into a huge conspiracy theory involving government coverup of the crash, the aliens, and technology gained.  What we absolutely know is that something crashed in the desert there. That the military retrieved it. That there were several versions of it. Many people have supported this theory because we supposedly got a lot of new technology all at once since that time period, but then we had just come out of WWII and were deep into the Cold War and getting better technology was our driving force. In fact, our best bursts of new technology follow war time. It's just a natural result. Did a UFO crash in Roswell? Considering where it happened and the likelihood of a weather balloon, probably not. But, witnesses can be very convincing. I will never have an answer to this puzzle, but I lean more towards something military that crashed. 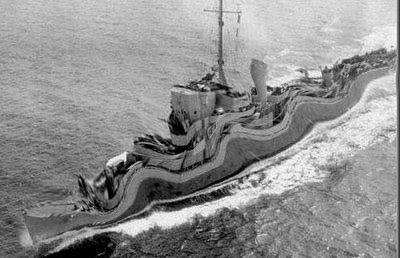 Philadelphia Experiment
In October 1948 in Philadelphia, PA supposedly a military experiment was underway with catastrophic results.  The USS Eldridge apparently tried out a cloaking "invisibility" experiment and something went very wrong. This was supposedly utilizing the unified field theory of Einstein utilizing gravity and magnetism. Supposedly witnesses saw a green fog and it was partially invisible for a time during one experiment attempt. Another time, the ship supposedly disappeared in a blue flash of light and showed up in Norfolk Virginia. The story goes that the sailors were rendered insane and some were re-melded with the ship's structure in agonizing poses. When sailors didn't agree with this legend, it was said they were brainwashed by the government. I am fascinated with this story since I saw the awesome movie based on it. It fits the criteria for a conspiracy theory with the government getting a hold of some technology ahead of its time. I find it exciting and the concept might actually be tested some day in some manner, but I find it highly doubtful that it was successful if they did attempt such a trick. 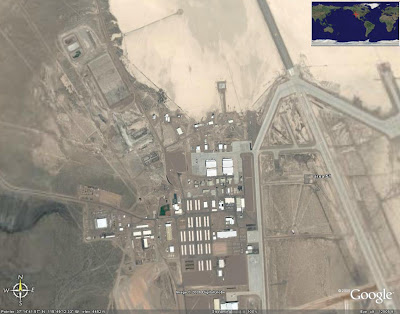 Area 51 UFO study
When an extremely remote military base goes up in the barren desert of Southern Nevada in an area known as Groom Lake and security around the area is over the top badass serious and strange lights are seen in they sky, the conspiracy theory would have to form that the government has a base where they are working on UFO-based techology, perhaps the remnants of Roswell Crash.  My ex actually got a job offer with EG&G in 1984. He went there and back then they took a bus to the location. A 90-minute drive each day to work. Ugh. We decided not to accept that offer, but it was at what is commonly known as Area 51 and it was not all that sexy. Just your typical military technology. I think as citizens, it behooves us to leave Area 51 alone. We need to have a safe secure place to work on technology for all of our protection and IF they had alien technology, let them have that and master it to protect us. Either way, I don't care if they do have dead aliens and a UFO in the hanger, I just want them to uncover the secrets and if they don't have those fun items under tightly secured doors, then I hope they are managing to come up with some great technology that can seek out one individual in a crowd and get rid of him the bad guys without collateral damage to civilians. 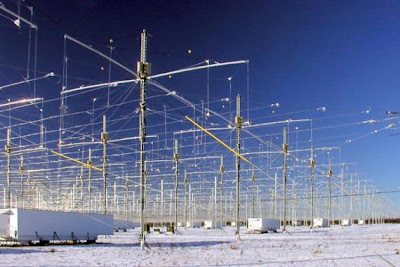 HAARP
High Frequency Active Aural Research Program
This facility in Alaska was built by a research group. These high frequency signals are aimed at the ionosphere to "excite" it and see what reaction it produces. Understandably, this has become associated with bad weather, earthquakes, tsunamis, and all kinds of issues, even freaky human behavior. They report that they are testing the ionosphere to see how it affects radio signals and ultimately make communications better for knowing how to deal with the natural atmospheric effects. This is probably one of the most questionable ones that is out there. I believe their lack of explanation to the public has made the more suspicious and deciding to hit our ionosphere with high frequency UHF and VHF signals is just kind of odd. I doubt it's going to cause global warming, rainstorms or insanity, but I am not thrilled whenever we test our shit out on Mother Earth, like atomic bombs. We are like kids flicking on cigarette lighters....