My Ghost Theory: The "Finley Effect" and "Emotional Resonance" 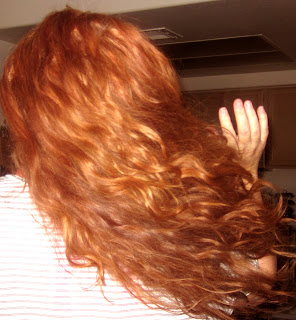 I’ve been studying the characteristics of haunted locales ever since I did my study in 2009 comparing 50 famous haunted locations in my “haunted formula.”

Julie and I are working on a book “Spirit Vessels: Why Some Buildings Are Haunted." We've been comparing things like emotional content from the history/deaths/torture/upset, geology, feng shui, building construction, orientation in relation to graveyards, railroad tracks, waterways, and more.

There has been something rather elusive from the mix. We know that it also takes the occupants in a building to make a haunting "set" and so we needed to know more about how this mechanism works.

A serendipitous email from a dear friend (who is an amazing cryptid artist), Thomas Finley, set off something in me and suddenly a missing element to poltergeist activity fell into place and it was a mix of singer's voices and Galloping Gertie that did it.

Thomas told me of when he once owned a cabin in the north and was housebound for 10 days in the snow with only his house cat as his companion. The cat had been reacting to something in the cabin and Thomas had been unsettled by being stuck indoors. His emotional milieu combined with the fact he was in an ideal geological location as well as being a cabin where other people had passed away, combined to make some wild poltergeist happenings. When he told the activity to stop, it nearly completely ceased.

This "ability to control" that some researchers have observed led them to believe this was PK, or psychokinesis, the ability of a person to affect the objects around them with their thoughts or emotions. Having an occupant with supposed PK is one thing, but you must also be in the right setting where prior emotional pathways have been laid down, along with the right physical conditions and the ideal person having the ideal feeling as the trigger, sort of hitting an emotional note that resonates in frequency with a prior event.

One thought joined another thought and I recalled the Galloping Gertie the bouncing bridge that warbled due to aeroelastic flutter or resonance, as well as notes hit by singers that could shatter glass with harmonic frequency....

What if the emotions of a person (perhaps one who is a good conduit at creating kinetic energy with his/her emotional tone like a singer with the right pipes hits the note) could actually create an "emotional resonance" that is in sync with past emotional resonance in a space and create a sort of flutter effect or poltergeist activity?


It may seem like magic that something we do not see is creating this kind of effect in a structure, but it does. How many hidden effects are we missing in our paranormal world that make it go from "magic" and "supernatural" to "science"?