Just look at Krocodile from Russia that makes your skin eat away, turning you into a zombie in appearance.

How about turning into a zombie in actions? Well, that’s what Bath Salts and Spice, synthetic drugs including a synthetic marijuana will do.


There is a Russian drug called "Krokodil" that is a synthetic homemade opiate many times more powerful than heroin. You think the drug biz is a disgusting thing--this is as bad as it gets. It not only makes the mind into a zombie, but it also eats the flesh of the user.

Photographs of late-stage krokodil addicts are disturbing in the extreme. Flesh goes grey and peels away to leave bones exposed. People literally rot to death. 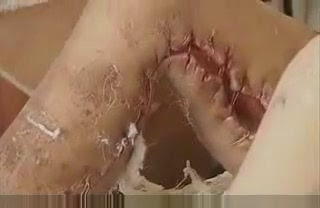 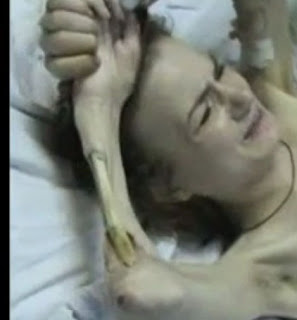 In Missouri this time, a woman on bath salts went ballistic and bit a neighbor. The neighbor said he'd seen her do some crazy stuff, but her biting his arm was the tops. She then dropped onto all four and began digging the ground like a dog. When the cops arrived, she had dirt in her mouth and was mule kicking them.

And, in Miami, again--two men apparently under the influence tried to bite a cop's hand and one of them exposed himself to a 3-year-old on a playground and tried to become sexually aggressive. 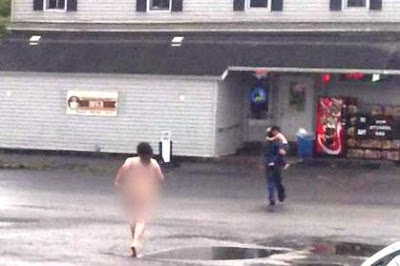 Other things people have done on Bath Salts and Spice - 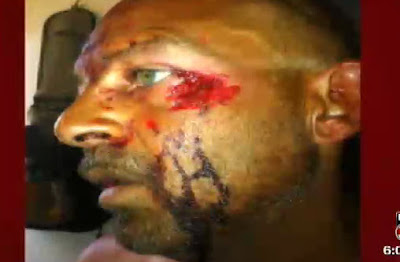 Here's some that were NOT ON DRUGS -

A restaurant owner slow cooks his wife for 4 days in restaurant
A drunk bus driver in China eats a passenger's face.

Now, you have to come to wonder if perhaps these drugs aggravate that part of the brain that is more ape-like and the attacks upon the face, something common among angry apes, becomes a natural reaction to the rage and the chemistry gone mad. That people feel the need to do drugs baffles me, but that they are willing to try such kinds of drugs is just stupefying. It's hard being a human, but it's a lot worse being inhuman.