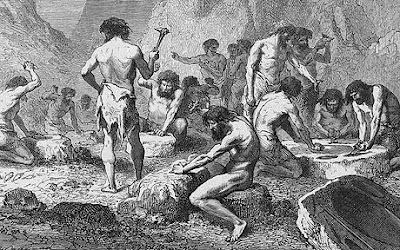 Archaeologists in Europe and in the Middle East have found something quite puzzling-stone aged bodies with their skulls smashed. It would appear that several years after the bodies were buried, the heads were detached and smashed and then reburied separate from the body.

What makes this even more eerie is that they found on these 10,000 year old bodies that the heads were exhumed long after they were decomposed, so why bash them in then?

It also could be something as simple as family members still dreaming of the dead thought they could stop them from being "alive" still by bashing in their faces. There are a lot of theories, but the zombie apocalypse of the stone age sounds so much cooler!