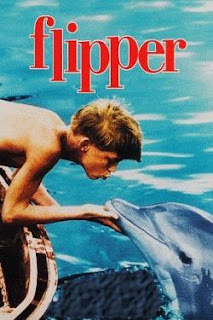 Here's how it is explained, "Male dolphins are known to gang rape other dolphins, male and female, and they are not real picky about what species they mate with. There is a news story every year or so about dolphins trying to rape swimmers.

"The woman taken by the dolphin was 37 year old pilates instructor and professional dancer, Tanya Halerfan of Liverpool, NY . Authorities are still looking for Halerfan.
Bob Grunderson of the National Coast Guard made a statement to the press stating, “Our search for Miss Halerfan or her remains will continue though we hold no hope of finding either. In past experience with cases of dolphin kidnapping and sexual assault the victims are usually never found.”

"Researchers studying dolphin behavior have been noticing an alarming trend in recent years. They have discovered rogue packs of adult male dolphins gang raping swimmers in open waters. Human decoys fitted with tracking devices have been dumped in open waters and observed from helicopter."

"Scott Randleston of the Dolphin Research Institute of Boca Raton, has been studying dolphin behavior for 17 years, and came up with the decoy program. “In every case the decoy was set upon in a short time by groups of dolphins ranging from 8 to 20 young males. It seems there are gangs of dolphin predators roaming the open waters looking for humans to sexually assault. The dolphins in each case were observed circling the swimmer as one of the group grabbed them with their penis and dragged them under, then the others followed. You see dolphins have a prehensile penis, it is full of powerful muscles and they can wrap it around objects, such as a human wrist, ankle, neck, or waist. One could compare it to a boa constrictor or an elephant trunk….The decoys never resurfaced in any of the studies…. We tracked one of the decoys to an underwater cave where it had been repeatedly raped and torn apart by the dolphins. ”

"There are at least 14 cases of dolphin rape reported each year in the United States, these usually occur near the shore where victims are able to escape before they can be dragged into a dolphin rape cave. There is no real estimate of how many deaths are the result of dolphin rape each year as many of these occur in open water where there are few eyewitnesses if any."

I'm completely unsure if any of this is true, but its made for a most unsettling consideration -

...And it would appear, Sea World has just taken on the task of being the next Mustang Ranch for the wet ones.


Here's another thought -- where do you think mermaids come from, eh? 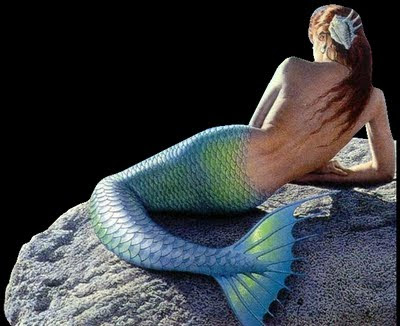