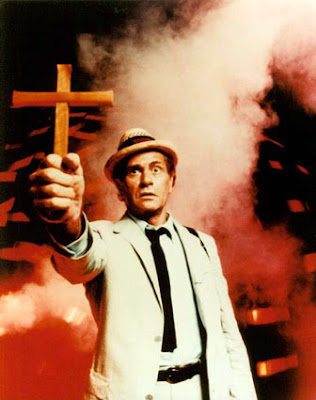 The 80s were the slasher decade, but nothing beats the 70s for horror, both made-for-tv and theatrical releases. It was a decade obsessed with horror and it was a huge variety. Here's just some examples -


Stalker: He Knows You're Alone, Someone Is Watching You, When a Stranger Calls
Slasher: Black Christmas, Halloween, The Hills Have Eyes
Psychological: Alice Sweet Alice, Suspira, Let's Scare Jessica To Death
Technology: Killdozer, The Car,
Environment: Food Of the Gods, The Prophecy, The Day of the Animals
Witchcraft: Race With the Devil, The Wicker Man, Crowhaven Farm
Haunted Houses:  The Amityville Horror, Legend of Hell House,
Gothic:  Satan's Claw, The Dunwich Horror, House of Dark Shadows

The 70s rocked when it came to horror. Interesting, too, that it was a decade of gas shortages, inflation, recession, and now that we are back in similar-like times, horror is our favorite genre again. Hmm...