On Nov. 15, 1966, two young couples from Point Pleasant, Roger and Linda Scarberry, and Steve and Mary Mallette told police they saw a large white creature whose eyes "glowed red" when the car headlights picked it up. They described it as a "flying man with ten foot wings" following their car while they were driving in an area of town known as 'the TNT area', the site of a former World War II munitions plant.

During the next few days, other people reported similar sightings. Two volunteer firemen who sighted it said it was a "large bird with red eyes". Mason County Sheriff George Johnson commented that he believed the sightings were due to an unusually large heron he termed a "shitepoke". Contractor Newell Partridge told Johnson that when he aimed a flashlight at a creature in a nearby field its eyes glowed "like bicycle reflectors", and blamed buzzing noises from his television set and the disappearance of his German Shepherd dog on the creature. Wildlife biologist Dr. Robert L. Smith at West Virginia University told reporters that descriptions and sightings all fit the Sandhill Crane, a large American crane almost as high as a man with a seven foot wingspan featuring circles of reddish coloring around the eyes, and that the bird may have wandered out of its migration route.

There were no Mothman reports in the immediate aftermath of the December 15, 1967 collapse of the Silver Bridge and the death of 46 people, giving rise to legends that the Mothman sightings and the bridge collapse were connected. 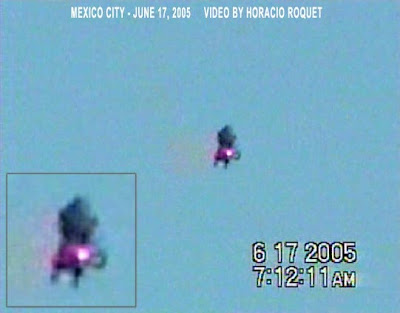 Did the Mothman just take off after the Point Pleasant incident? It would appear not since before major events, others have reported seeing him just beforehand. In fact, there is a strong rumor that he was seen before the Japanese quake.

Here is an interesting and chilling account: I looked toward the power plant, and against the lights of the plant I thought I saw a figure silhouetted against the moonlit sky.

The figure was large and black, from the distance I was at it looked to be sitting on top of one of the squared shape buildings.

It sat there for about 5 seconds then it unfurled a large set of what I could only describe as large, black wings. The only reference I can compare them too are from the old John Travolta movie “Michael” where the main character unfurls his wings and spreads them out to their full length. To say that this creature was large was an understatement.

The creature then took flight and circled the plant at least 4-5 times, some circuits he took at a fast pace, some he seemed to slow down, all the while he kept his attention on the row of square shaped buildings that I later found out housed the reactors.

The creature then came toward us, flying at least 25-30 feet off the ground. The younger couple who had noticed the creature first were now screaming and cowering, the man shielding the woman while shielding his head with a jacket.

My friend and I looked in awe as this creature flew over us.

That’s when I noticed the two large red eyes; they seemed to glow from within and with a blood red hue. They were unblinking in the 3-4 seconds we saw them, we knew they were looking straight at us, we knew this creature knew we could see it and it made no attempt to disguise itself.

The sick, intense and overwhelming feeling of dread came over us. A feeling that we shouldn’t be there was to say the least, overwhelming. As quickly as it came, it flew away, back toward the town, eventually melting into the black night sky and as it flew away from us a loud whoosh was heard again and then...silence.

It would appear that Mothman is a universal precursor of tragedy. Yeah, sort of like George W. Bush but more charming.