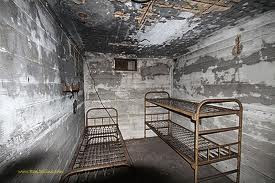 Recently, the UK hosted a very cool event where people were allowed to experience a zombie apocalypse inside an abandoned mall.

Now, this newest event promises to be even more over the top as a 2-hour live action experience. The survival begins in a nuclear bunker. Those participating run into scientists, soldiers and zombies.

During the zombie game, which is suitable for those aged 16 or above, groups of up to six people will be led around the Cold War bunker by a soldier clad in combat fatigues and armed with an assault rifle and a handgun.

Other actors will play scientists wearing white bio-suits and gas masks or the infected, who will be covered with fake blood and bear horrific wounds.

Shots will be fired and tough decisions will need to be made as the group battles for survival in a scenario similar to the zombie blockbuster 28 Days Later.

The first game will take place at the bunker, off Ongar Road, between 6 and 8pm on Sunday, May 6.
Two further run-throughs will then take place between 8 and 10pm and from 10pm until midnight that same evening.

It is ultimately hoped that the event will become a weekly fixture.