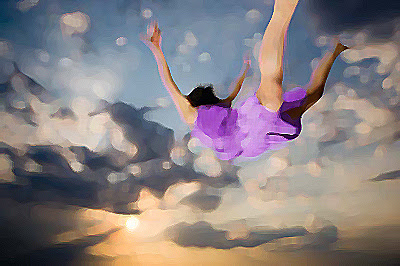 Hey, you doing anything the first week of July? There's a lucid dreaming seminar that sounds pretty damn cool.  It's being held in San Diego June 30 to July 8th.

Here's how they describe it: Using the most effective techniques and technology, derived from Tibetan dream yoga and Western science, Stephen LaBerge, Ph.D. and team will present instructions on methods of developing the mental skills that foster lucidity and on directing consciousness within both dreaming and waking states towards fulfillment of personal goals. During this workshop, you will also have an opportunity to use the NovaDreamer2, and, if you wish, participate in ongoing research on a natural substance that, according to recent studies, has been shown to stimulate lucidity and mindfulness.

Here's a testimonial: “This has never, ever, ever happened to me before. My immersion in a group of people actually interested in lucid dreams was a miracle. Aside from my wife, I have never met a person who cares about dreams, or who wouldn’t look for my Bellevue ID bracelet if I started discussing them. Not only did you show me a side of humanity that I had forgotten existed, you proved that that facet of the soul is a real pipeline for creativity, imagination, and love. That, and I can finally abandon the lonely, ‘am I just insane?’ feeling that crept in whenever I wondered if I was the only lucid dreamer I would ever know. Bless you all for reopening for me a spirited world of exploration and excitement on which I had nearly slammed a very heavy ethereal door.” — Peter L. (Kalani, Feb ’02)

When you think of vacations, think outside the box. Sometimes, it's not just lying on a beach, but learning a skill you can take home. I know someone who might do this seminar and if he does, I will have him report back his experience.