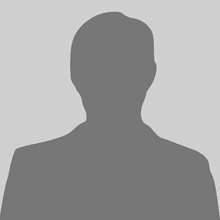 So, Grant Wilson is done with his regular run on "Ghost Hunters" tv show.

Now, the big question is; who will replace him?

Grant seems to be caught in a polarizing position, which is extraordinary for someone so unassuming and kind. There was a lot of doubt about the authenticity of ghost evidence and his part in potential fakes. In the long run, the show is purely entertainment and not research. We cannot take it quite so seriously other than to share some times with people we might find interesting in situations we might never get to explore ourselves.

They did not provide much of the "people we might find interesting" except the first season. After that, everyone became pasteurized, boring, dull, and safe.

Here's who I do NOT want in the empty sidekick position:

Wrestlers, Syfy celebs, housewives, and others who want to whore it up and get press, including Meatloaf, whom I seriously think they'd consider because of their desperate marketing ploys. I do not want to see any of the present team in the position--as a collective, there's not one ballsy, sassy, or seriously skeptical or seasoned intelligent person on the team who could handle that position without boring us to death.

Here's some I WOULD CONSIDER:

David Rountree - electrical engineer, EVP expert, and totally awesome paranormal technology  (has a book of that name that is excellent) expert. This is not pseudoscience. This guy is brilliant.

Josh Gates - I'd just give it to him for sheer charm and intelligent skepticism. Syfy could consider him a two-fer awhile he's also doing "Destination Truth."

If you're going to do a celeb, I'd say Betty White. She would say it like is and make them shape up and quit being big babies. I'd love to see a more mature woman with a lot of sass and brass and good horse sense go in there and make them come to life and shake up the order of things.

I'm not sure I see the show lasting. The other options for it really are to take it on the road more and have rotating guest-hunters, but for a team who makes an investigator work with them for a year before becoming an official team member, it seems kind of two-faced.

Perhaps GH should consider evolving into something else. I'd rather see them go to experts, interview them about new things in the field, go and test drive instruments with them in cool places and further the field rather than the same old routine/same old hunts. I would come back and watch it in a heartbeat if they did that!